Growth Abroad: The rise of social entrepreneurship in South Asia

Visiting countries over a short period of time is often fascinating but it’s not as fulfilling as living in a different country. I had the chance to understand this over the past year living in South Asia, where social entrepreneurship is certainly on the rise, from the grassroots village to the metropolis. 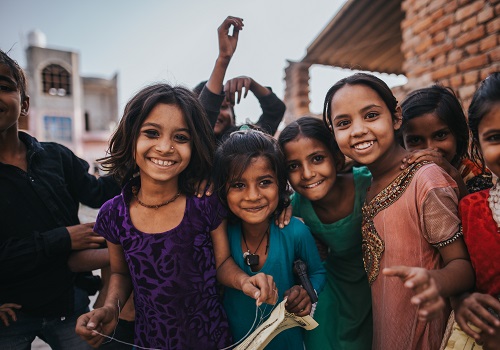 Coming from an Australian background, I learned about the basic concepts of startups and social enterprise in business school, eventually joining the managing committee of a local social enterprise focused on education and economical growth. However, it wasn’t until I moved to the United States that I began to realize that the world’s fastest economies were actually within Europe and Asia, the latter being home to one of the world’s largest democracies, India. I had to see for myself.

Working with a national funding grant network in Hyderabad, India, I was able to travel the country meeting with local social entrepreneurs, many from hard-working backgrounds and villages, who had moved to major cities in order to catapult their enterprising ideas into reality. While I was in Kolkata, I met with young professionals in the IT industry who were catalyzing co-working spaces outside of the traditional workplace, and were attracting large numbers of graduates, technicians and analysts to their space.

Despite their small beginnings, the founders are looking to expand to other cities in India where there is a need for such spaces in the IT industry specifically. As this initiative, called the ‘Third Home Initiative’, is starting to grow, the “home away from home” concept is beginning to catch on in other places around India, and Asia at large. Hopefully, it will provide the catalyst for other young entrepreneurs to take part.

Living in Hyderabad, home to twelve million people in South India, I began to notice the rapid changes, both economically, politically and socially towards social entrepreneurship. The Global Entrepreneurship Summit (GES) was held for the first time in South Asia this past year, hosted in Hyderabad. While attending, I met an Asian-American CEO who was working in North India.

One of our shared observations was that the booming social enterprise sphere was burgeoning in India, with the culmination of youth at the intersection of its peak growth in recent years.

As I began to explore this further, I met with other entrepreneurs in what has become known as the “Twin Cities”, a city hub location where two of the major metropolitan areas converge. An international nonprofit is currently spearheading its business there, an incubation programme for small-to-medium sized businesses that enables them to operate from their own place of business but have more of a global impact due to the support of international networks. Initiatives such as these are beginning to change the face of social entrepreneurship as we know it.

Seeing this pan out in the nation’s capital of Delhi, I was able to meet with local starting their own social enterprises while balancing jobs in education and the private sector. I met one gentleman who was able to garner the interest of companies such as Vodafone and, building on their corporate experience, begin their own social enterprising initiatives with the company’s approval. It is beginning to have a far-reaching effect, with many organizations willing to invest into similar initiatives and ideation processes.

With my own work as a consultant, I have been able to see first-hand the impact on communities, particularly in the nonprofit arena. Holding a two-week training for staff in Mumbai, I heard stories of those in marginalized areas who were beginning to break out of the cycle of poverty and provide meaningful forms of engagement and employment for those in vulnerable situations, especially women and children. It is seeing this change, and the change in the lives of those affected, that makes social enterprise a viable option for many in the Global South, particularly in areas with growing populations.

Expanding such work to other locations, such as Nepal, is becoming increasingly plausible and necessary in my work, especially after consulting with individual leaders who believe that a collective approach to addressing ingrained societal issues is a much more effective approach. I was speaking with an organisational leader from Kathmandu who told me that leadership training is an area which is lacking in countries such as Nepal, where systemic corruption is high, and corporate accountability is low. Hopefully, with the help of social impact programs and social enterprise development, this will change.

My biggest takeaway from seeing the social entrepreneurship changes within South Asia during my time there was the potential of young people to really make an impact in the lives of their fellow youth, as well as their community and society at large. Making a difference on a small scale has the potential to create a ripple effect that can change the nation. Encouraging and instilling this sense of social change in the minds and hearts of young entrepreneurs is definitely a worthwhile cause.

The hope that this trend will continue, especially in industries where there is a particular niche market, such as IT, agriculture and the textile industries, is a welcome one, and will continue to provide opportunities for others to follow, God willing. As this change progresses, the platform for social entrepreneurs will continue to increase, and growth in countries such as India will pave the way for a new wave of growth and change for generations to come.

Joseph Kolapudi currently works with the international nonprofit Interserve International and serves as a consultant for PourOut, an anti-trafficking initiative working across South Asia. He writes for several publications and is also an International Press Columnist for CT Australia. In his spare time, he loves to read, and also works alongside social enterprises and nonprofit ventures, especially focusing on international development in India.