As Canada’s Food Conversation Heats Up, Changemakers Take the Lead 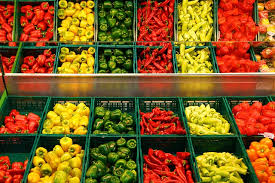 For those of us who have grown up at least a few generations removed from the farm, the food conversation we’re having is kind of revolutionary.

While we get the idea that food is important, really important, we’re still working on some bits of the bigger picture…and how we fit in.

Jill Worboys RD, an Interior Health Community Nutritionist with a focus on food security, offers a bigger picture example and corresponding collaborative process. “I’m working with The City of Kelowna and other stakeholders to address community food security through policy,” she says. “People have interests in food for health, food for growing economies and safe and healthy food as something that should be available to everyone.”

Likewise, Vancouver, Calgary, and Edmonton have all made political leaps and bounds adopting city-wide strategic directions that recognize the social, economic and environmental benefits of sustainable and local food systems. But it’s not nimble work; these are decade-long plans. In fact, the Calgary Food Committee’s guiding 2012 Food System Assessment and Action Plan has roots in imagineCALGARY’s 100-year vision.

In the here and now, Wes Regan, founding Director of Vancouver’s Urban Farming Society, confirms the trend to re-localize food is a complex issue. “It’s a paradigm shift thinking about the role of food and where it comes from. That’s why there are so many interwoven pieces to the conversation,” he states. “Food for community connectivity, food to be self-sustaining, food justice and access, and then of course the entrepreneurs who want to make a living growing it. We’re directly challenging military-industrial food system philosophies, transforming what we’ve inherited.”

Regan says visibility and food being grown in high profile locations throughout Vancouver is promoting an increased level of support and mainstream appreciation for a participatory food economy. “While someone’s sunflower might be too tall causing a bylaw nuisance it’s certainly becoming more acceptable to grow food in urban environments.”

With one of the oldest Food Policy Councils in Canada (celebrating 20 years), the city of Kamloops in British Columbia’s interior has an impressive history of public land-use and start-up projects around food-related community development. “A community garden is always a great place to start and our volunteer-run programs include Gleaning and Public Produce,” shares Bonnie Klohn Chair of Kamloops’ Community Food Action Program Committee.

Last year its Gleaning Abundance program collected 21,000 pounds of fruit and redistributed it, one-third back to the homeowner,  one-third to the volunteers who picked the fruit and one-third to food outreach programs. In 2015, the group plans to prototype a social enterprise component – selling to organic food box distributors, at the farmer’s market and to community kitchens, maybe even partnering with a local brewery to create a specialized ale when a fruit has a bountiful yield.

Klohn’s day job as a Community Consultant with Urban Systems offers yet another lens into the ever-expanding food movement. “It’s really interesting to learn from Aboriginal communities,” she says. “Many are starting to think more about community gardens for better nutrition. This leads to other components of food security like food boxes for elders and canning workshops.” Ultimately, she adds, for some Aboriginal communities agriculture projects are a means to an end. “A local food economy could create resources to focus on helping younger generations connect with more traditional methods of food security like hunting and fishing.”

Jennifer Cockrall-King, author of Food and the City, which explores urban agriculture, and so-called alternative food systems says food movements are unique to places and spaces and no two communities are the same. “When I was traveling and writing the book people would ask me which model, Vancouver or Detroit’s, would be best to adopt,” she shares. “But it’s not so easy, it all depends on access and distribution. Every place has to find its way. But that’s the beauty of agriculture, you can re-invent it every year.”

Cockrall-King says food movements are an opportunity to build bridges between special interest groups, including conventional agri-chemical farmers and their organic colleagues. “It would be great if farmers and consumers got together to discuss what should and can be grown based on what people will purchase,” she offers. “The winds of change in global commodity markets means switching to mixed farming practices that are less chemical-intensive and with markets closer to home can make good business sense.”

Third-generation farmer, City of Calgary Food Sustainability consultant and Calgary EATS! Co-Chair, Renée MacKillop says there’s an opportunity for farming to be the solution rather than the problem. “Sustainable farming practices are going to have to be economically viable before we can achieve the kind of food system change we’re talking about. Place-based thinking gives power to the people who live in a community and have the experiential knowledge. That’s important to challenge top-down policies and generalizations.”

The good news – and bad news –  is it does all seem to start and end with food. Offering a tangible twist on the topic is Alison Kyte, Wellness Programs Coordinator with the Kelowna branch of the Canadian Mental Health Association (CMHA). “There’s one thing we all share, and its food. Mental, physical, emotional, social, environmental and spiritual, our health is a holistic phenomenon. Food shows up in it all.”

And, says Kyte, whose community service organization utilizes food-based programs as both experiential and socially enterprising endeavors, there’s truly a space and a place for all of us in food movements. “We can plant, harvest, cook, eat and even protest side by side. On the continuum of mental health and in a broader community context food simply blurs boundaries.”

Elisha Kittson is a writer and consultant. She’s worked in communications across sectors and has studied both journalism and CED. Elisha lives (and plays) in the Okanagan Valley, British Columbia.