A Brighter Investment: Supporting students in the developing world 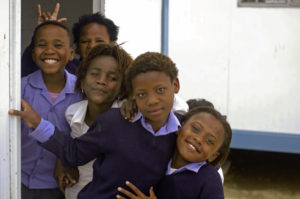 Social entrepreneurship is often hailed for its ability to hijack the system, so to speak; a social enterprise gives us a new approach to our way of life and the chance to reform it. Yet, its uncharted nature can prove its greatest difficulty. This conundrum faced Thijs Mathot when founding Brighter Investment, an impact investment initiative that funds post-secondary degrees in the developing world. “Basically, my philosophy when I started this was just, let’s get started and see what happens,” says Mathot, speaking from his Vancouver office a couple of months ago. “You have to learn from your mistakes, and you have to draw the right conclusions.”

With the help of the Sauder Centre for Social Innovation and Impact Investing (S3I), that’s exactly what Mathot and his team have been doing, gaining a foothold in Ghana and conducting research in India. However, Brighter Investment is more than your typical start-up. Still in its early stages, the social venture is facing some of the most pertinent issues in the field: marketing an unconventional idea, experimenting without destabilization, and reconciling an approach within the system with a desire to change it.

Yet, Mathot did not set out to become a social entrepreneur. “I ended up working for an engineering firm in the space industry,” he tells me, “but it was the most boring work that you can imagine.” His dreams crushed, he turned to business, ultimately finishing his degree in Monterrey, Mexico, while working in sustainable real estate. There, he joined a group supporting the post-secondary education of a friend’s brother.

For Mathot, the idea that many other students faced the same dilemma gave him much to ponder. “What you see in a lot of developing countries, and the main problem employers report in those countries, is that they lack sufficiently talented graduates,” he says. This reality prompts corporations to hire experts from abroad while local youth remain unemployed. It was not until opening the North American branch of a software company that Mathot considered Brighter Investment in earnest. “At that point I thought I had some entrepreneurial experience,” he says now. “It turns out it’s very different to really start a company.” He began to lay the foundations in Vancouver almost a year and a half ago.

The company’s premise is disarmingly simple. It aims to invest in motivated students, putting them through university in the developing world. A portion of students’ incomes for six years after graduation are then used to either repay the investor or reinvest in future students, depending on the investor’s preference. If reinvested, the returns on investment from one student will go to fund the education of another two, creating an ever-expanding network of beneficiaries. The arrangement aims to be more flexible and achievable than a traditional bank loan, with a framework strong enough to ensure safe returns. Students can worry less about inflation while finding a more willing, albeit unconventional, lender than a bank.

“Our philosophy,” says Mathot, “is to support those programs that generate positive returns for both students and investors.” They also care about the social returns. “Certain graduates … don’t become job seekers, but job creators,” he explains of how they contribute to the growth of local economies. Brighter Investment graduates will go on to mentor incoming cohorts of students as well.

The execution of this idea becomes more complicated. The early days involved crowdfunding and lots of trial and error on the part of Mathot and his team—Heather Mann, Richard Adarkwah and, originally, Adam Uribe. Mathot looked to Ghana, where the first cohort of six students are currently attending school, because of its strong performance overall on the returns on investment in post-secondary education. With plans for India in the works, the team has had to work harder than ever. The impact of the Sauder S3I, says Mathot, has been enormous in helping conduct research, contact investors, establish brand recognition, develop a plan to move forward, and really learn from their experiences.

However, Brighter Investment’s business model has a few aspects that further complicate the picture. First, there is the inevitable threat of brain drain that accompanies any enterprise aiming to help top-tier students in these countries. The return-driven model hardly helps: If you look at it purely financially, says Mathot, educating students in Ghana who went on to work abroad, “would seriously up our return on investment.” Some students have even expressed interest in moving abroad, and Mathot is reluctant to limit students’ personal freedoms. All of the financial projections, though, are premised on the assumption that students stay; even those that leave may still move back, Mathot says, or will fund reinvestment either through Brighter Investment’s cyclical nature or through remittances. Although brain drain is hardly ideal, it still benefits the home country in some way. In this case, is neither the program’s aim nor its only achievement.

Mathot also mentions the pushback the company has received from individuals who see it as a poor substitute for charity or lowered tuition costs. Yet at the end of the day, Brighter Investment works within the economic superstructure to fill the gaps caused by traditional financial institutions. It uses its limited mandate in a way that allows investors to pursue a triple bottom line. Mathot has no desire for Brighter Investment to replace charity or policy initiatives—saying that anyone interested in charity can contact him for names of students—but instead sees his initiative as a complement.

These aspects of Mathot’s story are crucial when looking at social entrepreneurship on the whole. Every entrepreneur must factor in the unintended consequences and institutional limitations to change. At the same time, as Mathot recognizes, entrepreneurs need to learn from their mistakes and listen to the needs of the people they are trying to serve. Help from centres like the Sauder S3I will only make these tasks easier to accomplish by providing guidance through little-known territory.

Regardless of how Brighter Investment will adapt over the coming years, for Mathot, the goal will remain the same: “Everybody should have the freedom to pursue whatever path and career they wish.” Even with the huge obstacles impeding that goal, the Brighter Investment team has taken small but meaningful early steps to making a difference.

Julia Bugiel studies political science and international development at McGill University with a special focus on the link between cultural and political institutions. In addition to her past work as a SEE Change intern, she contributes to several university publications and is an avid reader of many more.