Changing the Face of Philanthropy: In Convo with Gena Rotstein 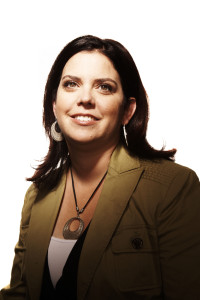 We recently sat down with DVI founder, Gena Rotstein to find out more about the company, its disruptive mission and her goal of influencing a billion dollars in charitable giving by the end of 2016.

What inspired you to found Dexterity Ventures Inc.?

I was working in New Jersey and New York in non-profit management in 2001, and in the aftermath of 9/11, I saw a breakdown in the charitable system when then-President George W. Bush encouraged Americans to spend their money. Instead of encouraging people to simply spend money, they should have been encouraged to give more to charities whose regular donors may have become their clients in the months after the attack. It was then that I decided to positively influence the charitable sector.

I came back to my hometown of Calgary, Canada and began working on making a difference in the charitable sector. Over the course of a few years working with donors and charities on ‘Adaptive Philanthropy’/’Philanthropy 3.0’, I started picturing a system that would use an algorithm, similar to dating sites such as eHarmony, which would in essence automatically match donors to charities based on a donor and charity profile. I took this vision to a tech-savvy friend which led to the creation of the Donor Charity Link Index and Place2Give.com. Place2Give eventually turned into what is now North America’s largest charity database and one-stop giving platform.

Once Place2Give was launched, I began thinking of other ways that the data I now had could be used. Thus Dexterity Ventures Inc. (DVI) and our B2B philanthropy tools were created.

What’s the purpose of the company and its unique value in the sector?

All of DVI’s products have been designed with the goal to positively influence a billion dollars in charitable giving by the end of 2016. The charitable sector is inherently flawed in the way that charities are regulated, funds are solicited/donated, and services/programs are delivered. Approximately $1 billion is lost due to fraud in North America annually, and charities spend in excess of $250 million each year in Canada alone completing online grant applications. Additionally, in North America, there is no one standard for evaluating the effectiveness and impact of a charity. With our tools, resources, and expertise, we think it will be possible to help combat this, and that is why it is my goal to positively influence a billion dollars in charitable giving. We have also helped inject an estimated $20 million into the charitable landscape, a number that could grow once the upcoming company social impact audit is completed.

We believe that we need to build an ecosystem of data-driven decision making in the charitable sector. In order to do this, we have to make our data accessible and encourage companies to work with us so that we can iterate and grow the pool. To date, DVI has created, and manages, the most comprehensive database of publicly and privately sourced charity data in North America, where philanthropic software is limited.

Though DVI has competitors, we are the only platform focusing on retail philanthropy and everyday giving, and has also worked to make cross-border giving better in North America. We also offer analytics, which further separates us from our competition. As a social enterprise DVI uses profit as a means to an end to further strategic and venture philanthropy. As a result of the work that the company does, we are creating a paradigm shift around how people give, how organizations fundraise, and how we measure the impact our social capital generates. Ultimately we are directly affecting what will be billions of dollars as they move through the charitable sector.

Can you provide an example of DVI in action?

A great example of DVI in action was the aftermath of the devastating floods in Southern Alberta in 2013. Through our foundation (the Place2Give Foundation) we helped raise over $1 Million for flood relief through the Southern Alberta Emergency Relief Fund, which was set up by our team a few hours after a state of emergency was declared in the City of Calgary. Donors to the Fund were able to choose between allocating their donations to local and grassroots charities on the front lines of flood relief, or give to the Fund where the money would be allocated to where it was most needed.

Donors were also able to make informed decisions with the help of the charity information on Place2Give. The initial goal for the Southern Alberta Emergency Relief Fund was to raise $25,000 based on the average online donation in Canada of $104. The average online donation received through Place2Give was $209. Within two months, $700,000 of the fund had been successfully disbursed to the organizations directly working with those affected by the flood.

With regards to the government, earlier this month we presented to the RSD4 summit hosted by the Alberta Government on how systems thinking and the charitable sector can influence policies being developed by the new Alberta government.  The data that DVI has amassed, which is the core of our business, enables other social ventures to operate, creating opening up the technology sector for alternative companies and organizations that do not traditionally work with, or in, tech.

An example of this is the Charity App Challenge. The aim of the Charity App Challenge, of which DVI was a founding partner, was to leverage technology for social good with a hack-a-thon style event. Local developers came together in teams over the two-day event to try and create top-notch apps and brilliant tech solutions that would launch worthy organizations into the mobile technology space. A key resource for the developers in creating their solutions was an API that let them access DVI’s comprehensive data on the charities. As a direct result of putting our data to use eight new potential social enterprise businesses were created, two of which have gone to market.

Tell us more about the company, how it works

We are a B2B organization selling Donation Tools to organizations that want to incorporate giving and social good into their products or online presence. Our Donation Tools include the GIVE_api, the Easy-Donate Button, MicroFoundations – myPlace2Give, TELL_reporting and the Advisor Toolbox. In addition DVI provides philanthropic consulting services. Both Canada’s first philanthropic brokerage firm, and the Place2Give Foundation (which can be found on Place2Give.com) are also powered by DVI.

Our main product is our GIVE_api. Built for APP and website developers, our GIVE_api allows developers to access DVI’s data on 1.6+ Million charities in North America. With the API users can search for, access information about and donate to the charity of their choice. The XML/JSON web service gives developers the ability to quickly add philanthropy as a feature into a web or mobile based application. Developers request a token by visiting the developer page of DexterityVentures.com. From there they can access our data. Upon completion we share with our network what they have done so that their business grows alongside ours. It is also important to note that donors who give via these developers’ technology are given a tax receipt and the API host is notified of the donation. All of our B2B Donation Tools are built upon our data, which is accessed via the GIVE_api.

DVI is the only company that profiles how people give, how charities implement programs and find matches that are best suited to the donor. The ripple effect on the social sector is significant – less funds spent on raising money, less donor attrition, and more importantly for the donor – a sense of empowerment around how they are influencing the social change. We have also built a data visualization application so that the average Canadian can actually see how money flows in the charitable sector AND cross-compare organizations in a specific space to understand the impact that is being created.

What is another way you’re trying to be “disruptive” with Dexterity Ventures Inc.?

At DVI, it is critical to continue to push the boundaries of what is expected of philanthropic software and more importantly how society integrates new technology with charitable activities. One way DVI is doing this is by focusing on creating consumer-based or retail-based philanthropy. We are taking a two-pronged approach to this – online banking and giving through ATMs and Point of Sale philanthropy. Since 2010, £380,000 has been donated by individuals annually through ATMs in the UK, proving to be a successful way of generating social capital, building a more committed client base within institutions and supporting everyday financial management. DVI is going to be providing the first of this service to North American retail banking customers by Christmas 2015.

What is the greatest challenge for a Canadian social enterprise such as yourself working to effect change in the sector today?

The biggest challenges DVI has faced – and these issues aren’t limited to the social enterprise space – is finding and hiring the right type of people. We have learned that competing with salaries in the oil and gas industry, the dominant industry in Calgary where we are based, doesn’t work and that we have to find people that are looking for that something extra, be it the nature of a social enterprise, startup culture, smaller company, flexibility, extra challenge, etc. I recognize that DVI’s employees make this company what it is, and as such, full-time employees are shareholders in the company.

In addition, as with most social enterprises, we are a patient capital investment. It is a challenge for people who want to invest in tech startups and expect a large ROI in a short timeframe to invest in companies like DVI where growth is steady and the development/leading tail is significant. As a result I spend a lot of time providing tools and resources to potential social impact investors on how to invest in our types of companies and what realistic expectations are. This of course means that DVI’s investment cycle is considerably longer than traditional technology investments.

When I first began my company, one of the biggest challenges we had was that no one really knew what a social enterprise was. As there was no “sexy” or buzzword language around social innovation and enterprise, so I had to educate the market on what strategic and venture philanthropy, social enterprise, and philanthropy technology was. Social enterprises launching now are lucky that there is not as big of an ‘acceptance curve’ as when we started.

Elisa Birnbaum is the Publisher & Editor-in-Chief of SEE Change Magazine. She is also the producer of The History of Social Change, a project of SEE Change. An Ariane de Rothschild Fellow, Elisa is a regular contributor to the National Post on matters of social entrepreneurship and president of Elle Communications, a communications consultancy.