Perhaps chemistry has some lessons to teach us about how to catalyze the connections between the demand for, and supply of, social finance. A chemical reaction occurs where specific amount(s) of reactant(s) combine to create (expected or unexpected) products. This reaction is a function of what the core substances are, as well as the process of combining the elements. Equations can provide us with a logical framework for predicting these outcomes, and we validate what happens in practice through continuous experimentation in a controlled environment. So, what are the core elements of a “social finance reaction”?

Some of these may be easy to identify: demand for capital, supply of capital, and a strong level of alignment between the two. However, it can be difficult to predict what may actually happen since we may not have had these types of reactions in the past. In a relatively nascent and emerging social finance marketplace, we are experimenting in several ways: either adding new elements, combining the elements in different ways, or being unable to completely control all the variables around this experiment. Let’s explore each of these in turn.

New elements are a definite trend in the world of social finance, especially in the last several years. The growth of microfinance represents an exciting example: we now even havesubstantial private equity money that is invested in some of the fastest-growing MFIs in the world. Many of the largest insurance firms are experimenting with insurance products for the poorest of the poor, such as microsinsurance and crop insurance for only pennies a day. Some of the world’s largest financial institutions now provide banking services to groups traditionally considered too poor to pay (back). The landscape of finance is changing, and new players are looking to deliberately become involved in the action.

What does this mean? Some of the reactions can work in socially-beneficial ways, and are reversing some of the norms and assumptions that have traditionally existed. Grameen Danone Foods is a social business inspired by Mohammed Yunus , who was awarded the Nobel prize for his pioneering work in microfinance. It provides fortified “energy yoghurt” to children on a low-cost and scalable basis. In other circumstances, the reactions that occur are literally explosive. for instance, there have been a number of high-profile IPOs in microfinance that have raised concerns about profits being generated literally on the backs of the poor. 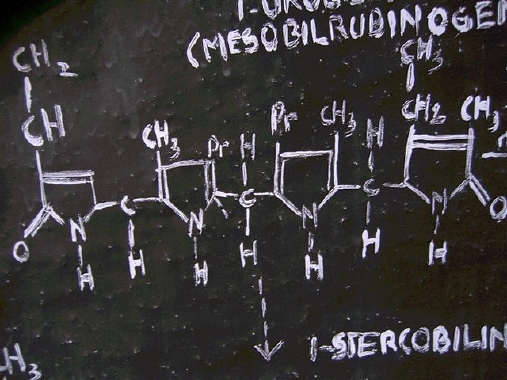 How are the elements being combined in different ways? Mission-related investment is one way that foundations are beginning to think differently about how the range of assets at their disposal, collectively, can be focused on their mission. Too often, traditional philanthropy has over-emphasized the program and grantmaking arms of the organization, while under-emphasizing the alignment of financial strategies with the mission. The stock market crash has opened a window for some foundations to take a different view of risk, since in many cases their traditional investments have tanked, while those invested in ventures that consider social or environmental objectives have been left relatively unscathed.

Another tangible example of new combinations is the creativity that can occur when several types of investors – who often may not get a chance to even talk to each other, let alone finalize a deal together – reconcile their (aligned or disparate) interests within a deal structure. The construction of affordable housing, which requires substantial capital investment, is an area that is ripe for further innovation; we already have several successful Canadian examples, including an investment by a large pension fund into affordable housing projects in Ottawa. At the international level, we’re also seeing a great desire for these types of deals, as well as an emerging set of successful examples.

How do we catalyze the flow of social finance when there exist, by nature of a marketplace that is being built from the ground up, variables that are not “controlled”? For instance, even if there is enough funding directed toward social enterprise, it needs to be supplemented with a range of technical and business supports similar to those available in the private sector. This is where it is important to build the capacity of intermediaries – organizations that function as the interface between the demand and supply sides of capital. These intermediaries collectively build the range of conditions that social enterprises require to startup, scale, and mature, and there are still too few of them in Canada.

What does a range of intermediation look like? We can look to Quebec as an example of where a thriving ecosystem of intermediaries connects funders to the social economy enterprises through the “network of networks” called the Chantier l’economie sociale. In Ontario, the Social Venture Exchange initiative represents an intriguing potential model of intermediation that combines several initiatives to consolidate and connect capital seeking financial and social returns to the ventures that have a social mission. Playing on the chemistry analogy, these intermediation models play a vital role in creating the social finance equations, by allowing social finance experiments to be structured and replicated in ways that calibrate the demand and supply sides of the social finance market.

These macro-trends noted above could be seen as too far removed from the immediate needs of social enterprises in Canada. I would argue that they are all contributing to a more enabling environment for the growth and development of social enterprise. And that may also be a signal of broader societal shifts in the role that finance should be playing in our lives. In the short-term, however, these trends are contributing to both the channeling of new money to social causes, and delivering it in innovative and responsive ways:

To return to the analogy, how do we begin to be more deliberate about the social finance equations we create, and how they can lead to the reactions (outcomes) with the most social impact? Luckily, we’ve just had a group of the some of Canada’s most prominent individuals from the mainstream finance and social finance worlds give us some good advice on what needs to happen. The Canadian Social Finance Task Force had a mandate to deliver recommendations that will ignite the development of an investment marketplace dedicated to addressing Canada’s social and environmental challenges. Last week, they released a report outlining the seven recommendations spanning the areas of capital mobilization, tax policy and legal regulations, and investment readiness of social enterprises.

Creating a social finance reaction is an exciting and necessary experiment. The elements that we need to create the right type, amount, and scale of social finance reactions are being more deliberately defined and corralled than ever before. Not only because we have pressing social needs that require massive injections of capital to begin to address them, but also because we know that, in the aftermath of a near-economic meltdown and in the midst of a bleak economic outlook, there is still hope that finance can more deliberately deliver both financial and social returns. We have more than hope to guide our optimism, because there is already much happening even while there remains much to do. And why take all the fun out of the experiment, when we can write up a whole new set of equations?

Karim Harji is the Senior Manager for Partnerships & Social Impact at Social Capital Partners (SCP), and the co-founder of socialfinance.ca.