Enterprising Nonprofits: fostering social enterprise one workshop at a time 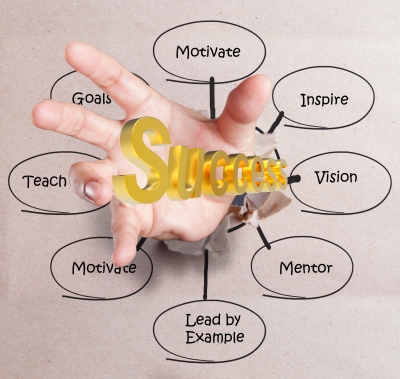 A cross section of consultants, not-for-profit executive directors and program champions attended Enterprising non-profits (enp) sold out workshop in Kelowna, British Columbia this past October.
A co-operative pan-Canadian network, enp has contributed to the growth of the social enterprise sector since 1997. In BC alone, it’s hosted 3187 individuals and processed 473 grant applications worth close to $3 million dollars in funding for social enterprise planning and development.

A participant of last year’s workshop series, Christian Brandt attributes his now full-time role as executive director of the Okanagan Car Share Co-op to the support he received early on from enp. “We received co-funding for our marketing and communications plan, which opened doors for additional seed funding. Today, we have two vehicles on the road with plans for a fleet of 10.”

The 2013 workshop series traveled to 13 cities in British Columbia and included representatives from over 63 communities. Participants of the Kelowna workshop were pleasantly surprised when registration was made complimentary through funding from the Central and South Okanagan United Way and a donation of KPMG’s community boardroom.

“As a United Way, we want to support charitable organizations in our community with more than just dollars raised during our campaign. Training to help them find new sources of revenue is definitely part of that,” shares United Way Executive Director, Marla O’Brien.

And free is always good, but even more so when content is comprehensive and thought-provoking. The promotional material got it right – it was indeed a day of “learning, the what, and how of social enterprise”. From the local Boys and Girls Club, to a women’s shelter, to the city-owned performing arts center, attendees were exploring new ways to fund and deliver their social programs.

“We came to research the enp model and social enterprise. We left with an unexpected gem in knowing we could connect with other organizations from across the country and share learnings to grow our programs,” says Nikki McPherson with Okanagan Mental Health Services Society. McPherson is referring to enp’s newly launched Marketplace. It features over 500 social enterprises and aims to connect purchasers and suppliers on a national scale. Listings are free of charge.

Clearly divided by the lunch hour, the workshop offered attendees a morning immersion in social enterprise definition, business models, and some discussion of CRA policy. To avoid the dreaded CRA audit letter, moreover, enp offers those interested in social enterprise a toolkit explaining the legal issues to consider.

The afternoon encouraged group discussion and a role-play exercise to develop a social enterprise solution for a fictitious not-for-profit. Good laughs were had by all as some groups were clearly more adept at collaborating than others. True to life and certainly representative of the complexities of a social sector influenced by boards and funders.

“Social enterprise fulfills a purpose, it’s a vehicle to make a change. It is not money or mission; you can do both. But you need a framework for long-term sustainability whether you’re a charity, not for profit, or social business,” concludes workshop participant and professor at the Okanagan School of Business, Kerry Rempel.

enp British Columbia will launch its next series of workshops and funding opportunities in the Spring of 2014.

Elisha Kittson has questions, lots of them. She finds answers through her writing and work as a communications consultant. She lives in the recreationally abundant Okanagan Valley of British Columbia with her family.