Film As A Force for Good: In Convo with Gave Lindo of Reelworld Film Festival 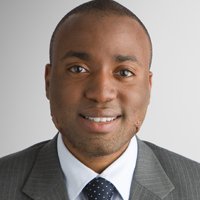 Now in its 16th year, the Reelworld Film Festival is dedicated to harnessing the power of film as a force for social good. Believing stories are the beginning of great solutions, the Festival’s mission is to unlock the power of film by connecting inspired people to inspired partners.

We at SEE Change were inspired too, not only by the Festival but by its new executive director, Gave Lindo. Lindo, a former media lawyer and deputy director of business and rights at the CBC, has repositioned the Festival to focus on issue-driven films of global importance. He established a bold new direction for this year’s event, creating a space for dialogue on films that inspire action as well as new forms of storytelling. Conversation Rooms, for example, are set up after each screening allowing audience members, filmmakers and activists  the opportunity to discuss social change locally and globally. The Digital Storytelling Zone, meanwhile, allows the audience to step into the shoes of BBC journalists in Gaza via Virtual Reality and gaming, thus introducing new forms of documentary film. Lindo also created Canada’s first ever Media for Impact Conference which preceded the Festival, bringing together filmmakers and organizations behind issue-driven films.

We caught up with Lindo before the Festival began and asked him about what inspired his bold move with the Festival and how art can be a force for change.

As someone who began his career as a Bay Street lawyer, what prompted you to pursue a job focused on programming for a festival such as Reelworld?

While Reelworld is best known for its annual film festival, it is also an organization that is very active throughout the year. As the ED, a large part of my focus has been to help create a more sustainable ecosystem for issue driven content creators within Canada. This involves convening filmmakers, nonprofits and change leaders for Canada’s first Media for Impact Conference; developing new sources of funding for issue driven filmmakers; and establishing new avenues for content creators to distribute to wider audiences. Needless to say, my experience as a media lawyer and broadcast executive have been incredibly useful in working towards these long term systems level goals.

What inspired you to re-focus the festival on issue-driven films of global importance? Why is this focus so important to you?

When I started back in May 2015, Reelworld had just finished it’s 15th year and I saw it as an opportunity to build upon the legacy of the festival and pivot the focus towards issue driven films of global importance.

Given all of the chaos that we’re experiencing in the world today, I felt as though Reelworld could more intentionally use film as a tool for social good – and to be a platform to showcase stories that offer both context and solutions to pressing challenges.

Can art truly drive social change? If so, are we doing enough to leverage art in our communities or across the world?

Yes, there is a lot of evidence which demonstrates the power of film and art to drive social change.

This is why I’m so excited to present Canada’s first ever Media for Impact Conference which brings together filmmakers, nonprofits, funders, educators, and CSR professionals together to connect, learn, and explore how to use media as a tool for social good. Attending this inaugural event are organizations behind acclaimed issue driven films such as Virunga, This Changes Everything, The True Cost, Girl Rising, Bully, The Hunting Ground, The Square, and Gasland. I believe this convening will help to create more partnerships and collaborations in Canada to leverage film and storytelling for social good.

Talking about the power of film, you introduced a number of new initiatives to the Festival. Are you looking to attract a new demographic or is it a way to keep looking forward?

As a Festival, our ultimate goal is to showcase stories that explore pressing issues and inspire people to care more deeply about the world.

With that in mind, it was a natural evolution for us to leverage emerging forms of storytelling that enable audiences to experience the world in deeper ways. Virtual reality films are incredibly effective at immersing viewers in new worlds and help them experience what it’s like to live in a refugee camp, escape a war zone, or venture underneath the ocean.

In 2013, you were selected as a CivicAction DiverseCity Fellow (one of North America’s top programs for rising leaders interested in impacting change in their communities). How do you feel the fellowship impacted your career, if at all?

The DiverseCity Fellows program is an innovative initiative which brings together 25 cross-sectoral leaders from across the GTHA to create city-enhancing projects which tackle complex issues. Being surrounded by a collection of such amazing change leaders was an incredibly valuable experience. The relationships that were made in that program have led to a number of collaborations that would not have happened otherwise.