Food for thought: When it comes to food, scarcity is the new normal

On or around October 31, the global population exceeded seven billion people. That’s significant for many reasons, including the fact that that’s a lot of mouths to feed. However, there are many layers of complexity behind the sheer magnitude of this figure, and most of us in developed countries are blissfully ignorant of them.

And who can blame you? It’s not obvious when you saunter into your local 50,000 square foot supermarket. The shelves groaning under the weight of thousands of products from the four corners of the planet mask the problem.

But if you read between the headlines, then you know that food has been in the news lately due to rising prices and shortages of critical crops like corn, wheat and rice. Already in 2011, the U.N. Food Price Index has eclipsed its previous all-time global high; as of March it had climbed for eight consecutive months.

This situation has been brought on by a range of issues:

On the energy front, we continue to see oil hovering around $100 USD a barrel. From farm to fork, this higher input cost is felt along the whole value chain: fertilizer, energy required to operate equipment, distribution, packaging and so on. 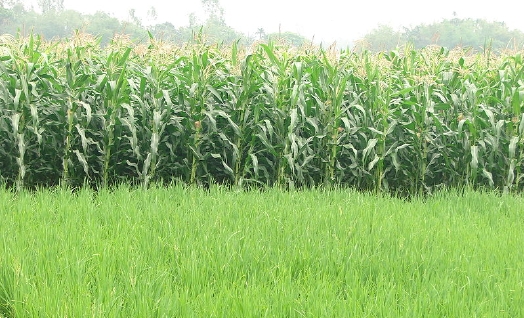 At the same time, policies designed to stimulate the production of biofuels mean that enormous areas of fertile land once used to grow food are being used to grow crops like corn that can be turned into fuel for gas-guzzling SUVs. The United States, once a global buffer for poor harvests elsewhere, is one of the worst offenders of this misguided and distorted approach to “energy security.”

On the weather front, a perfect storm of events is also challenging our ability to grow food. Remember that Russian heatwave and drought in 2010 that set huge forest fires burning? It reduced the country’s grain harvest by nearly 40 percent. Similarly, last year’s overabundance of water in Australia inundated fertile farmland almost the size of France, while floods this year in Pakistan and Thailand have had similar devastating impacts.

Clearly, adequate water in the right amounts at the right time of the growing cycle is critical for farming. As global precipitation patterns change, it’s of great concern that more than half of the world’s people live in countries where water tables are falling. Much of this water is used for irrigation that produces 40 percent of the world’s food.

The Middle East is the first geographic region where grain production has peaked and begun to decline because of water shortages. Here in India, where farmers have drilled some 20 million irrigation wells, water tables are dwindling at a rate of up to six metres per year. The situation in China is just as bad. The World Bank reports that 175 million Indians are being fed with food produced by overpumping. In China, that figure is 130 million people.

The world’s growing population presents a challenge on two fronts. First of all, each year the world’s farmers must feed 80 million additional people, nearly all of them in developing countries. In just 40 years, agricultural production needs to increase by 70 percent to keep everyone fed. Second, the great productivity gains we saw in food production during the “green revolution” of the 1950s, 60s and 70s, are simply no longer in the cards. Most of the major gains have been made and are terribly reliant on fossil fuels. Genetically modified foods are fraught with issues too.

As incomes rise, people are eating more animal protein and calorie-dense foods instead of a plant-based diet. Consider that 10 kilograms of feed is needed to produce just one kilogram of beef, three of pork, and five of chicken. This also doesn’t factor in the methane producing impact of the world’s 1.5 billion cows and billions of other grazing animals. (Incidentally, a single cow produces as much greenhouses gas in a day as the average car). 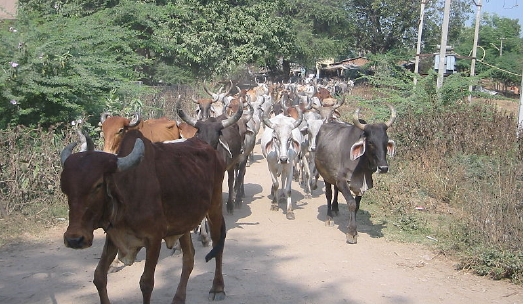 Early signs of trouble ahead

To understand how all of these food challenges are playing out, some of the first signs of trouble came in 2007, when farmers began having difficulty keeping up with the growth in global demand for grain. By mid-2008, grain and soybean prices tripled. Not surprisingly, many exporting countries like Argentina, Russia and Vietnam (the world’s second largest rice exporter) tried to control the rise of domestic food prices by restricting exports.

In developed countries where we spend just 10 percent of our income on food, these price rises are manageable. Food input costs represent a fraction of the price we pay at the till; the rest is spent on processing, distribution, marketing and profit margins. However, in developing countries, citizens spend up to half their income on food. Most of that is a direct cost since people buy unprocessed food directly from local markets. For many, it means going from two meals per day to one.

Three years ago, fearing they might not be able to buy needed grain from the market, some affluent countries like Saudi Arabia, South Korea, and China, took the unusual step of buying or leasing land in other countries on which to grow food for themselves. Last year, a World Bank analysis of these “land grabs” reported that a total of nearly 140 million acres were involved. This is a serious ethical and social justice issue. It deprives local people of food security as well as their livelihoods.

Politics and ethics can’t be ignored

As Lester Brown, president of the Earth Policy Institute, writes in the May/June issue of Foreign Policy, “The new geopolitics of food looks a whole lot more volatile — and a whole lot more contentious — than it used to. Scarcity is the new norm.” He goes on to say, “If we cannot produce higher crop yields with less water and conserve fertile soils, many agricultural areas will cease to be viable. If we cannot move at wartime speed to stabilize the climate, we may not be able to avoid runaway food prices. If we cannot accelerate the shift to smaller families and stabilize the world population sooner rather than later, the ranks of the hungry will almost certainly continue to expand.” 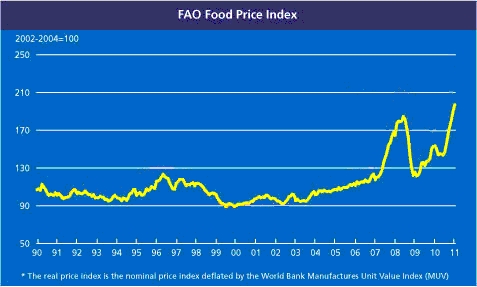 So, what’s a globally aware, socially-conscious person like you supposed to do in the face of this sobering news? The next time you cruise the aisles of your local supermarket, ask yourself these questions:

As I mentioned in my last article, as social entrepreneurs, we’ve learned to acknowledge intractable challenges, connect our values with the power of enterprise, and generate clever solutions. From local food and community resilience projects to efforts to shift global consumption, we’ve shown our mettle. Now it’s time for us to decide if the future will be about feast or famine.