In Conversation with Nicole Rycroft

Listen to a clip of Elisa’s interview with Nicole, from February 2011.

Next time you pick up the Globe & Mail, reread the Harry Potter series or absorb the latest Canadian Geographic, rest assured the environment was protected in the process. You can thank Nicole Rycroft and Canopy for that. For more than 11 years, Canopy – with Rycroft as its innovative ringleader – has been protecting the world’s forests by galvanizing publishers, printers and paper producers and strategically persuading some 700 of them to adopt green practices.

Thanks to Canopy, 25 million hectares of rich intact forests in British Columbia’s Great Bear Rainforest and North American’s Boreal Forest are sheltered with landmark agreements, Harry Potter has gone “green”, Indigo Books and the Globe adopted environmental policies as yet unforeseen, and Canadian Geographic launched the wheat sheet, the first-ever paper made with wheat straw in North America. But for Canopy there’s no slowing down.

Nicole Rycroft sat down with SEE Change Magazine to discuss the organization’s accomplishments and its evolution from a struggling one-woman show 11 years ago to the dominant, revolutionary force it is today.

2011 is the International Year of the Forests; what is Canopy Planet doing to commemorate?

We think we may go out and try and save some forests! As you can imagine, every year is the year of the forest at Canopy but we have a few main priorities this year.

The first one is to ensure the conservation vision and potential of the Canadian Boreal Forest Agreement (the world’s largest conservation initiative, covering 70 million hectare-area of commercial forest) actually becomes a reality on the ground. We were one of the key drivers behind the agreement being secured last spring and now we have three years to make it a reality. In 2011 we’re expecting to deliver some exciting early-stage gains in this process, concrete conservation wins on the ground. 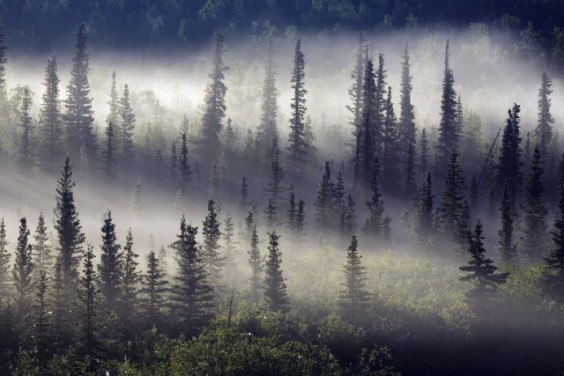 Second, we will start to work on safeguarding the Indonesian Rainforest. Incredibly diverse, it has tigers, rhinos and orangutans, all these rich, charismatic species. Unfortunately, the forest is being logged and ending up as children’s books that many of us read to our kids. Indonesia is actually the third largest greenhouse gas emitter in the world, after the US and China, and 85% of carbon emissions is because of logging of their rainforest. We’re very excited to be bringing the power and influences of the North American marketplace to help advance conservation efforts in the region.

Of course, the core of our work is working with companies that buy a lot of wood and paper products. We’re currently working with 700 large book, magazine, newspaper publishers and printers. And some exciting new folks who will join that cadre of progressive companies this year, particularly in the US, companies with incredible influence.

And then there’s the Second Harvest campaign for the wheat sheet, a personal favourite of mine. Since 2008 when we did the Canadian Geographic trial, we’ve been continuing to work on it. This year we’re hoping to have a special-edition run of Margaret Atwood’s new book come out on wheat and flax straw paper. And we should probably see a green light to the first commercial-scale pulp facility in North America this year.

Innovation is key; tell us more about Second Harvest.

We’ve been galvanizing and building support in the marketplace and also working with technical experts – that’s partly what the Canadian Geographic trial was about, looking at forest conservation from a systems perspective. About 50% of what’s bought globally ends up being used for paper products. If we’re actually going to safeguard ecosystems, we’re going to have to significantly reduce the amount of paper we’re using. It’s actually important to diversify the fibre baskets so we don’t rely so exclusively on the forest ecosystems, which is what we pretty much rely on in North America.

We’re playing the role as facilitators, we’re the only organization in North America that is really driving this initiative forward, trying to kick-start commercial-scale production of straw pulp for paper. Not only does it have a lot of ecological benefits – it will help keep forests standing, obviously, and it takes half the ecological footprint to use straw than it does to turn trees into paper – but it has a myriad of social benefits too (e.g. diversified revenue streams for rural communities).

Where did the idea come from?

As an organization, it was at a time when Canopy was really quite small and we were thinking about what it’s going to take to stop the loss of old-growth forest ecosystems. The myth of the paperless office doesn’t seem to have become a reality and global paper consumption projections say it will continue to climb. So we started to look around the world and realized that in India and China, not an insignificant part of their fibre basket comes from straw. If they can do it there, then here in Canada, given we grow so much grain and that straw is a byproduct of the annual food harvest, we can utilize that.

Another example of Canopy pushing the boundaries despite naysayers…

It’s definitely out of the box. It started off with people telling us that we were crazy and that it would never happen in North America. But we don’t tend to be perturbed by what may seem like significant challenges. And seeing this project come to the point where, within the next couple of years, we’ll actually see straw pulp commercially available, is an exciting progression.

What are some of the organization’s accomplishments you’re most proud of?

I think, historically, Harry Potter was a magical series to be part of and it certainly revolutionized the way books are printed globally. It really significantly changed the impact of the heavy paper-consuming sector on forests and acted as a little bit of beacon of hope for the scale of change that’s really possible.

More recently, the Second Harvest campaign and working with the Globe & Mail last year was an exciting initiative. As you probably noticed they have a new look. We’ve been working with them for the last five or six years. They built environmental performance as a core requirement for suppliers to be able to qualify for the contract associated with the redesign (the first North American newspaper to do so). It set the bar.

Last year, our biggest milestone was the Canadian Boreal Forest Agreement – a great example of “ask for what you want, you just might get it.” We have the framework in place that will hopefully deliver, over the next three years, permanent protection and varying degrees of conservation and more sustainable logging practices. We started working on it eight years ago at a time when many companies didn’t call us back and logging companies didn’t want to talk to us or didn’t think we were relevant. Concepts like Forest Stewardship Council and certified forestry practices were shrugged off dismissively. But, over the course of eight years consistently hearing from large customers that sustainability was an important part of their business considerations, we slowly saw the tide start to change. And then it was two years of very intense negotiations.

Tenacity is definitely a good thing in this business. All of our work is really based on leveraging the power of the marketplace. Ultimately, that means change on the forest floor, that’s our model.

Can you describe the evolution over the past 11 years in how companies respond to you? 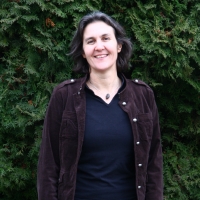 It’s been a really incredible change. People call me back now! That’s a pretty significant thing. I have meetings next week with a number of Canada’s leading CEOs and that’s indicative of not only the evolution of our work and us as an organization but also the changes in the business community in terms of how the environment is seen, increasingly, as an integral part of business, especially as we see a generational change in Canada’s business leaders as well as a recognition of the global context within which business is operating. Environment is now going to be increasingly seen as part of that.

We have a specific program focused on building a community of North America’s most senior business leaders called Canopy Club. And we have an ongoing meeting series with those folks; they are some of our most passionate and influential advocates. That’s been a significant and noticeable shift. We’ve seen a tipping point in many of the sectors we’ve been working with. The Canadian book industry is the greenest on the planet and it sparked an international movement, with green publishing initiatives in 13 other countries.

Canopy’s brand is reflective of the change we’ve seen in the business community. When I first started the organization we chose the name Markets Initiative. Part of that was because it was at a time when forestry issues were very polarized. But it sounded too much like coming from “treehuggers anonymous.” Last year, we rebranded to Canopy, which speaks less about how we do what we do and is more evocative of the values we want to change.

You make clear that you’re an independent organization. How important is that status?

When you’re an organization that works collaboratively with the business community there are a lot of assumptions that get made. We don’t take money or direction from government or corporations and that helps us run the campaigns that our planet needs – to ask for what’s needed ecologically rather than what seems politically feasible at the time. We don’t consider entering into financial relationships with companies until they’ve fully implemented their environmental policies. Part of that is an integrity piece for us and also an integrity piece for the relationships we develop. It helps us have difficult conversations when we need to. It just comes back to the fact that Canopy’s integrity is one of our greatest qualities, part of our brand, what we’re known for within the industries we work with and within the environmental movement and social entrepreneurial genre. It’s an advantage that helps us do our work and have the impact that we have.