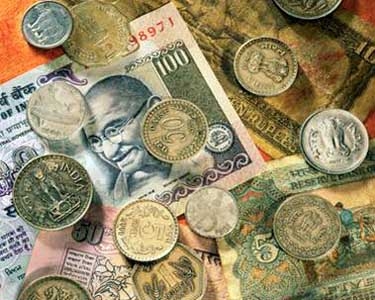 India is inching ever closer to being the world’s first country to formally mandate companies of a certain size to spend two percent of their profits on CSR activities. The CSR provision is part of a revised Companies Bill, last updated almost six decades ago.

The lower house (Lok Sabha) passed the legislation in December 2012 and it is now before the Rajya Sabha (upper house) for ratification. It was expected to pass in early May, but the house was adjourned before that could take place. With the support of a majority of parties, it is expected to become law soon.

The long and winding road

The revised Companies Bill follows several other recent moves by the Indian government to foster a greater culture of social responsibility in the Indian business community.

• Place a particular emphasis on measuring and monitoring impact.

• Specify the percentage of profit-after-tax to be allocated and the need for baselines and assessments for CSR projects.

• Ask state enterprises to work in partnership with civil society and institutions.

Annual assessments take stock of performance and are included in each enterprise’s annual performance review.

A year later, the Ministry of Corporate Affairs released the National Voluntary Guidelines on Social Environmental and Economic Responsibilities of Business, an updated version of guidelines first introduced in 2009. Aimed at private sector corporations, the guidelines take into account insights from various international and national good practices, norms and frameworks, and take a distinctively “Indian” approach. The guidelines have been articulated in the form of nine principles, with associated core elements to put into practice.

Finally, the Securities and Exchange Board of India has mandated the top 100 companies, by market capitalization, to report certain critical information as part of their business responsibility. This includes:

• How much the company is spending on CSR as a percentage of its net profit.

• The number of stakeholders’ complaints received and resolved.

• Details of any pending case filed by stakeholder against any unfair trade practice and irresponsible advertising or anti-competitive behaviour adopted by the company.

The rules of the game

The legislation before the Rajya Sabha states that:

1. All companies with revenue greater than Rs. 1,000 Crore ($200M) or profits of 5 Crore ($1M) must spend two percent of the average of the last three years’ profits on CSR activity.

2. The Board must designate a three-member CSR committee (including one Independent Director) to ratify decisions on spending.

3. Poverty alleviation, healthcare, education and social business ventures have all been included as potential areas of investment.

4. If the spend is not made in a given year, the CSR committee must justify why or face penalties.

Of course, many questions remain unanswered, including internal accountability for implementation, eligibility for approved third-party evaluators, and clarity on what kinds of investments will be considered eligible.

As well, there is much debate as to whether regulations are the best way to encourage corporations to embrace responsibility for social and environmental performance in the first place. One of the biggest issues with a prescriptive, regulatory approach is that it perpetuates a more “siloed” model of CSR. It does not necessarily encourage ways to deeply embed it into a corporation’s broader business strategies.

As well, the government’s focus on spend rather than impact, leaves implementation open to abuse and impedes the development of transformative practices. That said, nonprofits and social enterprises stand to be one of the greatest beneficiaries of the new legislation. It talks of “social business ventures” as potential recipients of CSR spending.

According to the Acumen Fund, “India is seeing many social enterprises emerge, looking to tackle some of the issues that were traditionally concerns of the nonprofit sector. This could be an opportunity for the private sector to provide the seed-stage grant capital that these enterprises need at their very early stages.”

The Finance Minister reaffirmed this idea in his 2013-14 Budget Speech by stating that, “now funds provided to technology incubators located within academic institutions and approved by the Ministry of Science and Technology or Ministry of Medium and Small Enterprises will qualify as CSR expenditure.”

While it sounds like a dream come true for nonprofits and social enterprises, the question remains whether the potential recipients have the skills, capacity and governance to handle the injection of significant funds. It will require the quick scaling of systems and processes by a number of NGOs that are otherwise often viewed as inefficient, disorganized and lacking proper governance and systems.

Regardless of the broad spectrum of opinions on the Indian government’s efforts to fuel CSR, one thing is clear. Given the rapid growth in India and the monumental social and environmental issues facing the country, CSR will continue to play a central role in the country’s approach to development.

Which path it ultimately takes is anyone’s guess. We’ll all be watching closely.