When it comes to microfinance, one organization has proven itself particularly worthy of the term pioneer. Eschewing conventional fundraising models for a unique peer-to-peer microlending website, Kiva has been alleviating poverty and empowering entrepreneurs around the globe since 2005. It’s hard to imagine that such a young company has already facilitated more than $100 million in loans. But it has. In honour of their recent fifth anniversary, SEE Change spoke with CEO and co-founder, Matt Flannery about the organization he started, its successes, growing pains, and what we can expect from this microlending leader in the future.

Coming from the world of computer programming and the private sector, what inspired you to start a microfinance initiative? 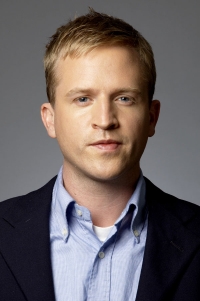 My life changed when I had the ability to take part in small business entrepreneurship in Africa, alongside my co-founder Jessica, in 2004. We enjoyed strategizing with entrepreneurs and wanted to share that dynamic with our families and friends. We felt that, if people really saw what we saw, they couldn’t help getting involved. Over the next two years we built Kiva.org at night, after long days spent programming in a cubicle at work.

You recently celebrated Kiva’s fifth birthday. Is this the organization you envisioned and are you surprised by its success?

We never imagined things getting to this scale. In the early days we were just excited about getting our families and friends involved. A couple years into the project, we were utterly overwhelmed by an outpouring of generosity from all over the world.

How has Kiva’s platform evolved since its inception?

In 2006, we started working with microfinance institutions who serve as the bridge between Internet lenders and low-income borrowers. They source and administer loans in over 50 countries and are helping usher the world’s poorest people into the global economic system. 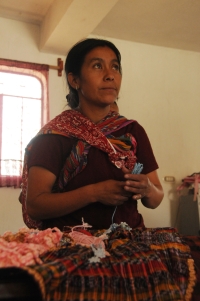 What are the current challenges?

We are currently going through a surge of growth and are very close to selling out of loans on the site.  Getting enough loans on the site to keep up with demand is a logistical challenge of global proportions.

You recently introduced Kiva loans to US entrepreneurs. What promoted the expansion beyond the developing world? Has it been successful so far? And will the expansion continue?

Over the past few years, one of the top questions asked by our users has been, “Why aren’t you working in the U.S.?” The Kiva Community raised the question of why we were working with entrepreneurs abroad while “ignoring” those in our own backyard (Kiva is based in San Francisco). Thus, long ago, we made a promise to research the idea. It took us nearly four years to reach a position of launching in the U.S., but we finally made the move in June 2009.

We do think the U.S. launch has been a success in the sense that it has resulted in an increase in new lenders, and new loans being made on the site – both to U.S. entrepreneurs and entrepreneurs all over the world. For example, since the launch in June 2009, average daily deposits (“new money” loaned on Kiva.org) over one month were 18% higher than the average for four months prior. 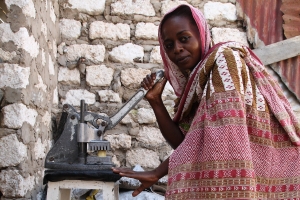 In addition, we just added a new U.S. Field Partner – Accion Texas-Louisiana – to begin facilitating microloans to entrepreneurs in need on the Gulf Coast. We’re very excited about the new partnership, and the opportunity to extend Kiva’s platform to those who need it most – both here in the U.S. and in developing nations.

We are working hard to expand our partnerships to all regions across the globe at a pace that is healthy for both our current partners and for Kiva.

As technology spreads, people will have the ability to connect with each other in new ways. These connections create empathy and unlock a new kind of capital that sits between charity and profit maximization. We call this “connected capital.”

Connected capital is sent from people to people to create social change. It is decentralized and democratic. It demands accountability and, in exchange, is patient and flexible. Connected capital seeks not to maximize profit, but to build trust through reciprocity and seeks repayment.

There are many causes and projects where connected capital can be used. Over the next twenty years, many will emerge outside of what we call traditional microfinance. In addition to small businesses, it may be used for student, solar and water loans.  As new needs arise, the Kiva platform will evolve in ways we can only begin to imagine.