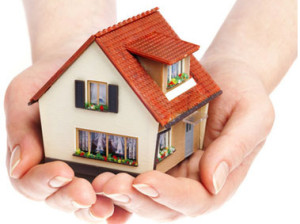 Toronto, Canada has a growing populous rich in culture and opportunity. Much like any other city, people from all walks of life seek accommodations within its many diverse neighbourhoods. But as the downtown core and surrounding municipalities expand in size – and as the cost of homes continues to rise – the availability of affordable housing has become increasingly sparse. Many aspiring homeowners avoid the investment of home ownership altogether choosing rental housing as a rational alternative. While renting mitigates the fixed costs associated with ownership, including substantial down payments, it is an unsustainable solution especially for low-income families.

This is where Options for Homes founder and CEO, Michel Labbé, saw an opportunity. Revolutionizing the typical approach of development companies, Options is a non-profit social enterprise committed to offering sustainable and affordable housing options for a variety of income levels.

During an insightful conversation with Labbé – interspersed with anecdotes from his many travels abroad – he discussed his motivations for founding this successful socially responsible venture and the many ways in which Options benefits communities. Among the traditional profit-maximizing incentives of large development corporations, Options for Homes stands apart. Labbé explained the innovative financing model the company adopted, one that avoids “begging from venture capitalists, compromising the [social enterprise’s] ability to have a social impact.” It also promotes a strong focus on community-building.

Since its inception in 1994, Options for Homes has provided over 6,500 households with homeownership opportunities. The three branches of Options offers an efficient approach for organizing the developments, consulting on projects, while overseeing a system free from outside investment. It’s a system that “does the most good for the most people” Labbé asserted. “Entitlement and over-consumption are destroying the planet, so we created something that eliminates those things.”

By eliminating the profit margin in construction and sale, Options for Homes is able to reduce the cost of ownership by $60,000 to $80,000. Buyers are charged only the cost of building the unit; administrative fees, unnecessary amenities and marketing costs are eliminated creating an extremely affordable, cost-effective situation. It is clear that an innovative idea and a good heart can go far to increase opportunities and change peoples lives for the better.

The innovative enterprise developed its first housing development in the Gooderham and Worts distillery district, commonly known by Torontonians as the Distillery district and now home to many high-end development projects and the locally famous Christmas market. “A representative came to me and said he had some sites for social housing but didn’t have the money left to do it,” Labbé said of the then-abandoned area that developers had ignored due to its distance from the downtown core. “We found 82 people willing to put a hundred dollars down… we went to the city and qualified for social housing permits, then sold the first 72 units and qualified for construction financing.”

There was a real appreciation for those who bought condos in one of the three original developments. They were saying, “We are willing to go places no one is willing to go.” The area has since exploded in popularity as many other housing developers followed suit, seeing opportunity in the character-rich neighbourhood.

Options celebrated their 20th anniversary last year with ten completed condominium developments in the GTA and three more in the works. An incredible example of social entrepreneurial success, Options has expanded its efforts to aid developing countries such as Cameroon and Kenya, benefiting homeowners while creating thousands of jobs and helping the struggling economies.

Options for Homes was founded by passionate individuals committed to solving the housing problem in Toronto. Having improved the living situation for over 6500 households, the organization is an inspiring example of community-based development, providing a simple and effective solution to the endless and overpriced rental payments that many struggle with in the city. Options has truly redefined the basis of home ownership and created a new alternative by offering a hand up not a hand out.

SEE Change intern Samantha Scalise is currently living in Montreal studying international development at McGill University. Focusing on culture and society she hopes to use her degree to promote positive social change locally and globally