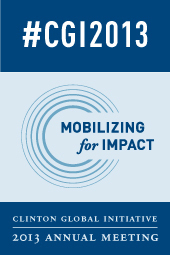 Unsurprisingly, the first day of the Clinton Global Initiative 2013 was chock-full of brilliant minds, inspired conversations, serious and provocative discourse and even a few light-hearted moments (Bono’s bang-on imitation of Bill Clinton to name just one)

As I work on more in-depth stories from the event, I leave you now with some of the day’s quotable moments:

On Measuring and Mobilizing for Impact

“We believe what gets measured gets done,” said Tony Elumelu, Chairman, Heirs Holdings Limited, in response to the question of what value he places on measuring impact.

But it’s the type of measurement that is key, observed Geeta Rao Gupta, Assistant Secretary-General and Deputy Executive Director, UNICEF. “We used enroment stats for education and that was the wrong measurement,” she said, explaining that though enrollment went up in many cases, many kids were still dropping out and had literacy issues. “One of the lessons is picking the right indicators for measurement, not just ones that are easy to count or use.”

“The kind of partnership we need in Africa is with private sector, NGO and public sector,” stated Elumelu. “If the three work together, will be able to achieve a lot more.” 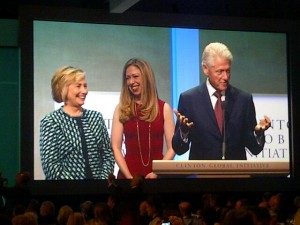 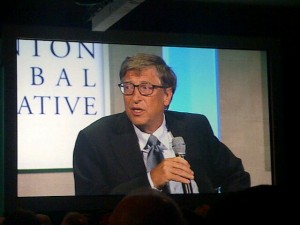 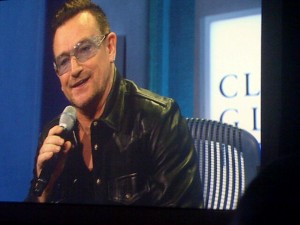 “We need to put a price on carbon…we need to put a price on denial,” said Al Gore during a live broadcast interview with Charlie Rose and fellow guest Bill Clinton. To which he later added, “Political will is a renewable resource!”
China will soon become a more efficient economy, predicted Bill Clinton of the country’s inevitable move toward renewable energies, during the same conversation. “Why, what’s the incentive?” asked Charlie Rose. “They can’t breathe!” replied Clinton. “They may soon be more actively involved than anywhere in the world.”
“There’s starting to be a shift in the US because mother nature is way more powerful than lobbyists.” concluded Gore. 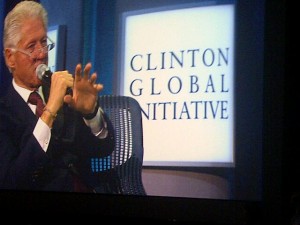 On Investing in Women

“We’ve made progress on infant and maternal mortality, on the number of girls in school and in the economic arena. But we haven’t achieved equal opportunities that the movement aimed for so it’s important to continue to build the case,” said Hillary Clinton during a conversation with Sanjay Gupta on investing in healthy and educated women and girls.

Explaining how difficult it was to convince women to take on loans when he first started the Grameen Bank, Muhammad Yunus explained, “It’s not her voice [that says she can’t], it’s the voice of history that created her.” But he didn’t give up. “We helped to peel off their fear layer by layer until one day women said, ‘we can do this’. Six years later, 50% of women were borrowers. Today the number’s at 97%. 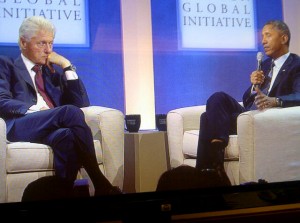 Healthcare is a structural problem that needed to be addressed, President Obama said, explaining why he turned a large focus there upon taking office. “This has everything to do with the economy, in addition to the moral imperative that no one should have to go bankrupt if someone in their life gets sick.”

Since recent efforts, healthcare costs have grown at the slowest rate in 50 years, stated President Obama.

In introducing President Bill Clinton and President Barack Obama, Hillary Clinton explained how the two have much in common: “They’re both lefthanded, love golf, are fanatic sports fans…both are master politicians, each only lost one election, both are democrats, have fabulous daughters – and each married far above themselves…”, a comment met with rousing applause. 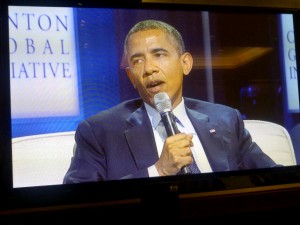