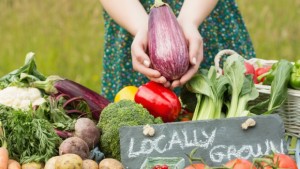 The food security landscape in Canada’s north is troubling. One quarter of northern indigenous children are considered severely food insecure. Nationally, indigenous Canadians face food insecurity at a rate four times that of the national average and 62% of indigenous children in the far north are considered food insecure. On one of my first experiences travelling to the north, I will never forget the face of these statistics; a toddler’s face no more than 2 years old, drinking coke out of a milk bottle because it’s more affordable than milk or formula.

A major part of the problem is a lack of access to affordable healthy foods due to the astronomical transportation costs associated with shipping healthy foods, sometimes by air or winter roads only, into the monopoly stores that operate within these communities. When you consider that sometimes 80% of a northern community can be on social assistance and that the daily food/personal item allotments for northern assistance in Manitoba amounts to approximately $16/day for a single mother, it seems a daunting task to feed a family on healthy foods when it’ costs $8.50 for a bunch of bananas, over $12 for four vine-ripened tomatoes and sometimes over $100 for a 24-pack of drinking water at the Northern Store. This daily allowance also needs to cover much-needed purchases such as diapers, so there are clearly tough decisions being made at the family level because of these prices.

In this context of concentrated poverty, compounded by a lack of access to affordable healthy food, there is a tendency to rely on the most processed, shelf-stable products to stretch the family grocery budget. Borne of necessity, this practice unfortunately brings with it a whole host of chronic illnesses related to poor diet, including earning Manitoba the dubious honor of topping the charts with the highest incidence of childhood obesity and diabetes in the country.

There is clearly an urgency at the community level to address these problems which is where the concept of social enterprise comes in. Brand new to many northern indigenous communities, the concept is being tested at individual, community and commercial scales across northern Manitoba. Food-related social enterprise development has seen a dramatic increase in the north due to targeted programming and a sense of urgency around the issue. An important driver of these social enterprises is the ability to address multiple barriers to sustainable livelihood, particularly the twin issues of unemployment and food insecurity.

These unique organizations are blending the tenets of traditional indigenous epistemology with the modernity of the social economy to create a beautiful and unique set of community-based organizations that are challenging the status quo toward reclaiming their indigenous food sovereignty.

Our first example of northern social enterprise operates at the individual level, where a family from Barrows Manitoba has started a social enterprise raising honeybees and selling bee products like honey and wax. The family has quickly become a leader in this area and has already started providing learning opportunities to other northern residents who are interested in starting their own honeybee operations. The model has experienced rapid up-take, expanding to other families in neighboring communities, thereby speaking directly to the adaptability and flexibility of social enterprise to meet community-specific needs.

This particular social enterprise not only has the potential to address the severe and ongoing unemployment in these areas but also helps to alleviate the pressure on dwindling honeybee populations around the world which is threatening the global food system at large.

Another example of the emergent social entrepreneurship in Manitoba’s north is the Ithinto Mechisowin Program in the O-Pipon-Na-Piwin Cree Nation. Operating further up the scale from beekeeping, this organization focuses its efforts at the community level, particularly where youth are involved. The program is unique insofar as it is using the harvest of traditional indigenous foods (fishing, hunting, trapping and gardening) as the basis for their entrepreneurial activity.

Youth are paired with established business leaders, as well as those who live a traditional life off of the land, to reclaim their food heritage and, in turn, provide the harvests for sale at a local community market. In this community, where there is a 100% rate of food insecurity, social enterprises like this are a critical pathway forward on the journey to community food self-sufficiency and long-term sustainability.

Lastly, Meechim Inc. is the largest of these organizations currently operating in the remote northern community of Garden Hill First Nation (GHFN). Meechim is a social enterprise project that employs community members to locally produce vegetables, fruit and small livestock (chickens and turkeys) for sale at well below the monopoly rate through their bi-weekly market.

This organization is managed and staffed by local community residents; with a 70% unemployment rate among young male and female residents of GHFN, these individuals would otherwise be living on social assistance. The organization is also providing much-needed skills and capacity development for their entire team that will lead to further opportunities for career advancement, all the while ensuring that their fellow community members have access to affordable healthy foods. Still in its infancy, the organization has shown promise and continues to develop as they navigate the operation of northern Manitoba’s first commercial scale food-related social enterprise.

All of these examples are intended to highlight the growth of social enterprise as a way to address multiple failing social determinants of health in the far reaches of remote, northern Manitoba. Where conventional avenues of commercial procurement and distribution of food have completely failed these remote, isolated communities, social enterprise offers them a pathway out of poverty and towards their food sovereignty.

The blending of traditional indigenous practices with the social enterprise business model has been an unexpected but wonderful result of this emergent sector development in the north. Indigenous values closely align with the philosophy underpinning social enterprise: community-driven, socially inclusive, and adherent to the seventh-generation principle of stewardship. Indigenous social entrepreneurs intuitively align to the ethos of collective impact that underscores community-based enterprises so much so that it seems the congruence between these two philosophies is the perfect marriage of culture and community economic development.

Andi Sharma is a researcher and analyst working in northern Manitoba’s food security sector. She holds a Masters in Public Administration and a Bachelor of Commerce both from the University of Manitoba. Her research on social enterprise was most recently featured in the Journal of Public Policy Sector Analysis titled, Social enterprise, Poverty and the State: How public policy can change the world.