Social Entrepreneurship in Africa: What works, what doesn’t – and why 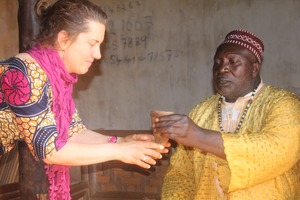 “Social entrepreneurship is like the new palm wine—very sweet and delicious but lacks some depth of the more mature wine,” says Lucas Wirba at the Catholic University of Cameroon (CATUC). More specifically, Wirba raised the concern that crowdfunding and reliance on the Internet make social entrepreneurship models impractical in some African settings. Wirba was Laura DeLuca’s host during a January 2014 Fulbright Specialist Program (FSP) fellowship focused on teaching social entrepreneurship to undergraduate and master’s students in Bamenda, Cameroon.

Crowdfunding, or raising monetary contributions from a large number of people, typically via the Internet, is a foreign concept in many parts of the African continent. Though entrepreneurs have introduced some crowdfunding platforms on the continent such as Gogo-Afrika and ventureburn, the idea of giving money to a complete stranger remains foreign in much of Africa.

The goal of DeLuca’s Cameroonian Fulbright Specialist Program (FSP) was to have a “broad and lasting impact on the host institution” and the project outcome was to “increase expertise at the host institution on the topic of social entrepreneurship.” On the one hand, there was great interest in social entrepreneurship and innovation. After all, West Africa is known for its entrepreneurial market women, who are often “necessity entrepreneurs,” individuals who have no other viable option for licit income than to start a small income-generating activity.

Collaboration and local input is essential

Externally developed social entrepreneur projects will fail if they do not have authentic participation from local communities, as is illustrated by an example from Kenya. At the 2014 Conference on World Affairs in Boulder, Colorado,USA, Moremi Initiative fellow, Vivian Onano, spoke of a school built in Northern Kenya that remains empty and un-utilized not because of a surplus of schools in the area, but because the school was yet another project that “outsiders,” with the purest of intentions, had calculated as the locals’ most urgent need. The school was erected without consulting locals or collaboration. According to Onano, locals pass it today and say, “The outsiders built it, they will attend it, or eventually take it down.”

Sentiments like these are not unique to Kenya or to social entrepreneurship, but are rather common across Africa in other fields such as well-intentioned aid agencies. The point here is not to not undermine the work that has been done by many great organizations. But if we are going to create meaningful and measurable change, it is critical we understand missteps that have been taken in the past. To move forward we must take into account the complexities of African cultural contexts and then intentionally forge solutions that provide space for collaboration and co-creation within the African context and with the local people.

Although Africa is a diverse continent with over 54 different countries, there is a loose thread across the distinct cultures and histories that connect people from Djibouti to Dakar: the concept of ubuntu. Expansive in its meaning, ubuntu can mean different things for different people, but at the core of the concept is its literal meaning “I am, because you are” or “people are not people without other people.” Coupled with the community orientation of many African cultures, Africans hunger for dignity not only as individuals but also as a collective.

This concept of ubuntu is an asset for the development of social entrepreneurial solutions. It embodies a history of entrepreneurial spirit, as exhibited in the long-established West African tradition of market women and modern examples of successful business entrepreneurship as seen in as M-Pesa (M for mobile, pesa is Swahili for money). The mobile phone-based money transfer and microfinancing service launched in 2007 by Vodafone for Safaricom and Vodacom, the largest mobile network operators in Kenya and Tanzania. These entrepreneurial initiatives demonstrate that Africa’s cultural traditions and youthful energy hold promise for the future of social entrepreneurship.

Examples of ubuntu in practice, where people engage socially and collaboratively, can inform social entrepreneurial solutions. To wit: African traditions of pooling savings and giving credit. As social anthropologist Paul Nkwi notes, rotating credit is a community-based system that has supported families through tough times and stretched meager incomes, allowing parents to educate their children. It’s also given individuals great opportunities to develop their lives without total dependence on banks or any major regulatory system.

The Malians, Algerians, Moroccans and several other French speaking African countries call it “pari.” Liberians and Ghanians call it “sousou”. In Nigeria it is known by many names, but “ajoh” and “family lottery” seem to be widely used. In Cameroon “tontine” and “njangi” carry the same meaning. Despite the variety of names, the underlying principles are similar. The tradition helps individuals save money and have access to loans. This is an area that deserves greater attention in the social entrepreneurship world as a way to support innovative projects to solve some of the continents most intractable programs.

Challenges of social entrepreneurship in Africa

There are also challenges to social entrepreneurship in Africa. First, there is a risk of brain drain, where prominent African social entrepreneurs move to the West after attending accelerators or incubators there (Unreasonable East Africa is reversing this trend by basing one of its incubators in Kampala, Uganda). Second, low bandwidth and unreliable electricity make it difficult to access some entrepreneurial resources on the Internet, such as TED Talks and YouTube videos. Third, and related, crowdfunding through Internet platforms – where entrepreneurs can ask the general public to invest in their businesses – has not yet been established. 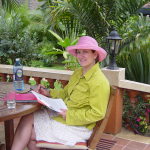 Laura DeLuca, PhD is assistant professor of Environmental, Peace Studies and Social Entrepreneurship at Naropa University where she is helping to launch a social entrepreneurship program. DeLuca has also taught entrepreneurship at the University of Colorado-Boulder’s Sustainability program and directs the Global Seminar Tanzania. DeLuca served as a Fulbright Specialist in Cameroon in 2014 and taught social entrepreneurship at the Catholic University of Cameroon in Bamenda (CATUC). She was a Fulbright scholar in South Africa and Tanzania and was a United States Peace Corps teacher in Kenya. DeLuca co-authored of Lost Girl Found, a book about the life of a Sudanese refugee that was awarded top pick of 2014 by the Wall Street Journal. In 2014, The Africa Institute for South Africa published DeLuca’s co-edited volume Building Peace from Within: An Examination of Community-Based Peacebuilding and Transitions in Africa. She can be reached at: ldeluca@naropa.edu 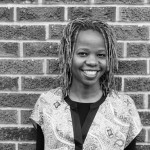 Betty Nakato was born and raised in Uganda. She is a graduate of Babson College where she is currently a candidate for a Masters of Science in Management in Entrepreneurial Leadership. Nakato served as the Vice President of Selection and Recruiting at Watson University in Boulder Colorado, USA, an innovative new university model whose approach to social and entrepreneurial training she believes will truly accelerate their scholars’ solutions to some of the world’s toughest, social, environmental, and economic problems. When not scouring the globe for Watson scholars, Nakato spends time writing her story in a book called Letters to My Grandchildren, which she hopes to share with the world soon.  She can be reached at: bnakato1@babson.edu