Tackling Unemployment in Egypt: One social entrepreneur tells his story

Egypt today has an unemployment rate of 13.4%. It’s a challenge that many are trying to solve, with (social) entrepreneurship playing a significant role. 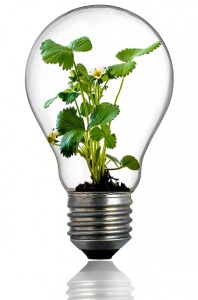 Entrepreneurship wasn’t exactly a new concept in the MENA region but we started to hear more about it after the Egyptian revolution in 2011. As an engineering student at Helwan University, I don’t recall seeing any organization or club that embraced the concept of entrepreneurship before the revolution. I remember seeing only one student organization in 2009 in the school of engineering and I still remember the students’ reactions when they discovered that founder was the same age as them.

Planting the seed of social entrepreneurship

Back in 2011 I was honored with full scholarship to a program called SUSI “Study of the United State Institute”, a summer school funded by the US Department of State to study social entrepreneurship at Connecticut University. It was a fascinating five weeks – my first time taking classes on social entrepreneurship, marketing, and finance and meeting entrepreneurs. They would tell us about their projects, their success stories, and how they had to leave their comfort zone to start something from scratch without knowing whether it would be successful or not. These stories motivated me a lot and I started thinking about Egypt and what can I do to change it, to make it better.

SUSI wasn’t just a trip for five weeks. SUSI changed my life entirely. After returning home I became more engaged in community projects, more interested in working in the development and support of NGOs to help them properly manage their projects. I then made the most important decision of my life: transferring from a career path in engineering to becoming a social entrepreneur.

I came up with the idea of empowering youth to unleash their skills to be qualified candidates for the job market. Upon returning to my home country, I was selected with three other candidates to pitch our ideas in front of Ashoka. Within three months I received the funding and immediately started working on GOL (Goal Oriented Learners). GOL offers trainings in three different tracks (Entrepreneurship Track, Social Media Track, Career Development & Soft skills Track).

The venture is one of my most important accomplishments. After successfully receiving the grant from Ashoka Youth Venture, we started working with students, university graduates, embassies, public & private entities, and we succeeded in building a partnership with the US Embassy in Cairo who is supporting GOL to conduct our monthly training inside IRC (Information resource center).

That partnership has led to the training of more than 6000 students & graduates. One of the best rewards was having GOL be a part of AMENDS (The American Middle Eastern Network for Dialogue at Stanford) in San Francisco. The initiative at Stanford University enables some of the most promising youth change agents from across the Middle East, North Africa, and United States to learn from each other, advance their work, and share, through TEDx style talks, their ideas and experiences with the world.

In Egyptian universities, many students came up with new ideas to solve the educational and unemployment problem. They succeed in building successful business models that began as student activities and end up as registered associations powered by the Ministry of Social Solidarity. Representatives from international NGOs were eventually brought into the universities e.g. MOIC (Model Organization Of Islamic Conference) and after the revolution in 2011, many entrepreneurs started NGOs focused on peacebuilding, Human rights e.g. MasterPeace, Tahrir Lounge.

The number of SMEs and startups have been on the increase, which I believe is a powerful reality as it will help the Egyptian economy grow and help solve the unemployment problem. Entrepreneurs who need loans or funds are facing problems due to the bureaucracy but, with the help of some SMEs which are supporting startups e.g. Nahdet Elmahrousa, Tamkeen, Flat 6 Labs, we’re starting to overcome some of these challenges.

What also adds some optimism is that, compared to other countries in the Middle East, Egypt has one the largest number of startups and SMEs, with some even expanding into Europe and the United States.

As entrepreneurship plays a larger role in Egypt, GOL will continue to work at tackling the employment rate, helping those with new skills find opportunities and a future in the country.

Mostafa Shahat is the founder of GOL, dedicated to empowering, engaging and training young people so that they can become more qualified for the job market. GOL is funded by Ashoka Youth Venture and hosted by the US Embassy in Cairo.