The Long Shadow of Asian Growth: Challenges for the global sustainability agenda

It doesn’t seem that long ago that everything you bought was “Made in Taiwan” or “Made in Japan”. It was the era of All in the Family, Big Yellow Taxi andThe Female Eunuch. Social taboos went mainstream, environmental consciousness came out of the shadows, and traditional institutions began to lose influence. Our mothers drove us to weekend activities in smoke-filled cars, dads liberally sprayed pesticides on the yards where we played, and they both let us roam the neighbourhood on bikes – unsupervised – and without helmets, no less. Seems almost radical now. But not as radical as what’s taking place in Asia.

Just imagine being a 50-year old in China today. Oh, the changes you’d have seen. Born during the Great Leap Forward, “re-educated” during the Cultural Revolution and then a witness to Deng Xiaoping’s first tentative steps at reform. Now fast-forward to the China of today and you find yourself in the world’s second largest economy, and by 2030 – give a year or two – its largest.

It’s no secret that Asian economies are growing at frothy rates. What’s less understood in the living rooms and shopping malls of North American is the broad wake of social and environmental impacts it’s leaving behind, and our role in it all.

From the IT and back office powerhouse of India to factories of Vietnam and Indonesia, a major transformation is taking place at a scale and speed that is unprecedented. It’s hard to fathom what’s really happening until you see it first-hand.

The numbers are simply breathtaking.

You may already know Asia is the world’s most populous continent (more than half of humanity lives there) and China has the largest population (for now). Two thousand children are born in the Middle Kingdom every hour. Meanwhile, in India, that figure is 3,000 per hour. Taken together, that’s the equivalent of adding one-and-a-half times Canada’s population per year. Imagine the challenges of feeding, clothing, housing, educating and employing them.

What’s not obvious, either, is the gender imbalance within these figures. Sadly, in many traditional Asian cultures, baby girls aren’t as desirable so they are often aborted or abandoned. As a result, there has been a dramatic increase in the proportion of males within local populations. According to the United Nations, if the continent’s overall sex ratio were the same as elsewhere in the world, Asia’s population would include over 170 million more females. More worryingly, history shows that when men of marriageable age find a scarcity of brides, women and girls bear the brunt of gender-based violence, trafficking, discrimination and general vulnerability. 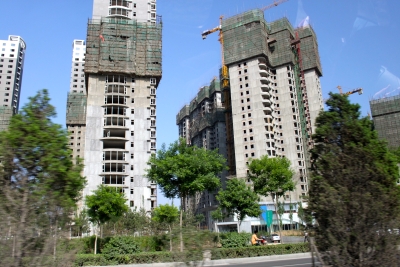 As the population growth outstrips the capacity of rural communities to absorb them, cities are seeing rapid growth. In the past 20 years in China alone, about 400 million people have left their villages for the city. Yes, 400 million. By 2020, the number of Chinese cities with a population of more than a million will increase from 60 to more than 200. In India, the rate has been somewhat slower. Even so, within two decades another 250 million Indians are expected to migrate to cities.

Meanwhile, about 200 million Chinese, the equivalent to the population of Brazil, roam the cities looking for work. Forced into China’s hukou registration system, they have fewer health care, education and pension rights than “official” urban residents. What’s more, a similar number of Chinese have been left behind by the economic growth of recent years. They’ve seen no change in living standards, widening the gulf between rich and poor to monumental proportions. Not exactly a recipe for social stability. 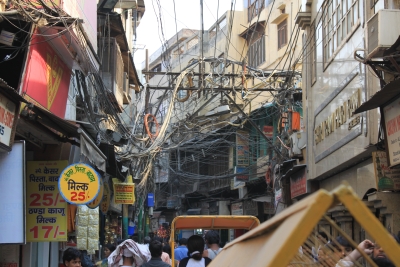 On the environmental side, living an urban life creates a much larger footprint too. Urbanites consume more of everything, like transportation, meat and consumer goods. So it’s not surprising that energy demand is growing dramatically in Asia. China alone opens two new power plants every week. The Chinese government recently admitted being challenged at meeting its goals around reducing energy consumption. India faces similar issues. If trends continue, its CO2 emissions will grow seven-fold by 2030. It’s a runaway situation with dramatic consequences.

Don’t forget that China has also become the world’s largest car market. Beijing alone has 20% more cars on the road this year than last. That’s more than half a million vehicles. Over in India, Tata Motors now sells a car for about $2,200 – bringing car ownership closer to millions more people. Think you’ve seen gridlock and road rage? Try navigating Delhi or Beijing’s traffic in rush hour.

From water to waste

Probably one of the most significant issues facing the continent is a water crisis of epic proportions – one that’s getting worse. As climate change intensifies, Asian water sources are shrinking. Literally. Much of Asia depends on rivers fed by the snow and ice of the Himalayas and they are melting at alarming rates.

Drilling wells and pumping groundwater are not the solution either. In India, where farmers have dug more than 20 million irrigation wells, groundwater levels are falling precipitously, by as much as 20 metres or more per year. The repercussions are enormous. Consider that 175 million Indians are fed with grain irrigated by water taken out of the ground at levels that far exceed the earth’s capacity to replace it. And it’s not a situation isolated to India. In China, around 130 million citizens are fed by over pumping. That’s driving China to lease and buy land in impoverished African countries to assure a steady supply of food at home. That approach has devastating social and environmental impacts too, but that’s a whole other story.

Even where there is water, quality is abysmal. In China, 90% of river water and half of underground water are polluted. So desperate is the situation that the water behind the Three Gorges Dam on the Yangtze River is being diverted as far north as Beijing, 1,000 kilometres away. It’s part of the largest hydrological project ever built.

Beyond water, other forms of pollution are a clear and present danger, with air and land contamination reaching alarming levels. In India, up to 50% of children in urban areas have asthma. It’s already the number one killer of women in Mumbai. In China, cancer rates are now 80% higher than they were before economic reforms 30 years ago, and it’s the nation’s biggest killer. Rates are higher in China’s 400 “cancer villages” – clusters of the disease found near dirty factories.

What’s a social entrepreneur to do?

Step back from the numbers for a moment and consider where this is all going. As economic and political influence shifts to Asia, new ecological, geopolitical, and economic realities are emerging.

A wealthier Asia is increasing demand for global resources, putting the environment under even more threat than the West’s profligate ways. Asian societies and social attitudes are transforming at breakneck speed. India is lobbying for a permanent seat on the Security Council. China is clamping down on dissent and other Asian countries have grown disillusioned with western democratic values. It’s all connected.

Some days, it’s not hard to slide into a funk and give up hope. But that’s a cop-out. As social entrepreneurs, we know we can make a positive, intentional contribution. After all, we’ve learned to acknowledge intractable challenges, connect our values with the power of enterprise, and generate clever solutions. The world needs us more than ever.

Let’s start by acknowledging our lives are connected to events in Asia (and elsewhere for that matter), and that our success depends on how Asia develops.

We need to actively seek opportunities to learn and engage Asian cultures, be more curious, collaborate and share. We’ve learned some hard lessons and can help them benefit from our missteps. Similarly, we have lots to learn from the wisdom of their centuries old civilizations.

We need to foster and promote progressive initiatives in the economy, environment, education and other areas of social development. Asia presents a second chance to do it right.

We need to actively support multilateral institutions, and harness the power of our social networks and communities of interest. Our mission? To build capacity and promote positive models of growth and development that don’t cost the earth or exploit others in the process.

It will take multiple solutions to tackle the Gordian knot of issues facing Asia and the world. However, social entrepreneurs have a unique and critical role to play.

It’s time to affirm that commitment. Are you in? 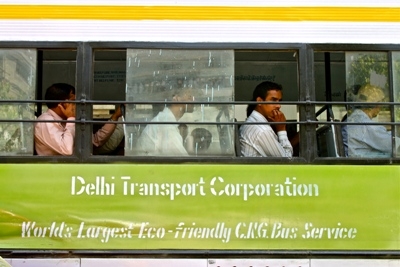