The Stephen Lewis Foundation’s Ask Her Talks: Time to change the conversation 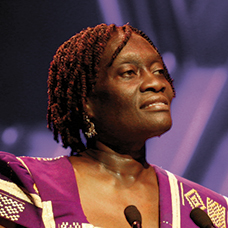 In any discussion on philanthropy and development, it pays to look past what is said and realize whose voices are being heard. With the Ask Her Talks, taking place at the end of May in Montreal, Toronto, and Ottawa, the Stephen Lewis Foundation (SLF) asks us to do just that.

SLF has become a household name for its grassroots partnerships to combat HIV/AIDS in Africa. Now, it applies this ethic of co-participation to the Talks, which feature a panel of African women, all champions of human rights across the continent. To learn more, I spoke with the Foundation’s monitoring and evaluation manager, Ky’okusinga Kirunga.

Because HIV/AIDS is such a “cross-cutting issue,” affecting daily life in a myriad of ways, the speakers will explore approaches that account for all that the disease touches, whether refugee welfare or gender-based violence. These women are more than qualified to do so. Mama Bachu Nyenyezi manages the Democratic Republic of the Congo’s City of Joy program, responsible for empowering women who have suffered from violent abuse. In addition to being a poet, Jessica Horn is a senior advisor to the African Institute for Integrated Responses to Violence Against Women and HIV/AIDS. Theo Sowa is the CEO of the African Women’s Development Fund, with appointments on numerous boards of related organizations. Jennifer Ayot often works with refugees from South Sudan and the Congo as the senior legal officer for the Ugandan office of War Child Canada, while Netty Musanhu is the executive director of the Musasa Project, which seeks to end violence against women on the African continent.

To round out the list, Canadian singer and actress Jackie Richardson will host, and spoken word and theatre artist SashOYA Simpson will perform. For Kirunga, “What links all of them is an interest in human rights, and an interest in focusing on women when we talk about human rights.” In that vein, each speaker will discuss her own experiences, insights, and strategies regarding philanthropy and social justice.

Yet, the Talks are about more than the lessons these women will share. “Who is delivering [them] is itself a story,” Kirunga says, of their mission to highlight the knowledgeable voices from affected countries. That these voices are female and represent intelligent and accomplished changemakers is necessary to fulfill the Talks’ aim of creating “a change in the course of the dialogue” surrounding philanthropy and redefining what constitutes an expert.

The recognition is crucial because, traditionally, men in the developed world have done the speaking. The latter half of the twentieth century witnessed the full force of this trend, as economists, many of whom part of the same institutions, went abroad to put their theories into practice. It has since become clear that successful approaches need not only recognize the big picture but a complex understanding of the communities involved. While experts from countries like Canada and the United States may have innovative approaches to philanthropy and development, to be truly sustainable, any solution requires consultation or partnership with local leaders and grassroots organizations.

Kirunga admits that even though we are making strides by shifting the discussion away from this one-way understanding of philanthropy and development, it can be difficult to see advances playing out on the ground. Says Kirunga, “I think if that’s going to happen and become the new way of working between whatever you want to call it—north and south, donor and recipient—I think it’s through women like this who will help make that shift happen.”

She attributes the resilience and expertise of women both to their burdens—including the disproportionate number who contract AIDS or care for someone with it—and their role as community leaders. “[The five panelists] do sort of different work…that highlights the place of women in society, how women have to be given a voice, how women have become the experts on so many issues, and the first responders,” she explains. “And so this is what they’re going to talk about, and say, it’s time for African women themselves to be given a space, to claim a space; to talk about the issues that affect them and be heard for a change as the experts.”

The Talks alone will not change the nature of power and development, but they are matched by the programs the SLF funds and the work it does. If the Talks can encourage others to respect the opinions of these women in practice as much as the Foundation does, then audience members will use the added perspective to initiate conversations about the future of philanthropy and development. While individual events lack the ability to change things on the ground, for Kirunga, the Talks are an excellent first step.

The hope of Kirunga and her colleagues at the Foundation is that by listening to knowledgeable voices they might not otherwise hear, attendees will gain a greater understanding of the issues at hand. With this awareness and inclusion, Kirunga hopes that people’s approaches to giving may start to change. “It’s not just about charity,” she says, relating a quote she heard from Theo Sowa: charity is so arbitrary. “But when you think about what philanthropy really means, it’s about coming into the action and not being outside the circle and throwing the hundred dollars into some pot over there, which makes you feel better about things,” adds Kirunga. “It’s actually about joining in the action to make things better for the human cause.”

She hopes it will change the conversations and imaginations of the people sitting in the audience, giving them reason to say, “‘OK, so it’s time to go to the grassroots, that’s where the answers lie. And these are sophisticated answers, and these women have always known.'”

The Ask Her Talks will be held in Montreal on May 25, Toronto on May 27, and Ottawa on May 29; for more information, visit www.askhertalks.com. 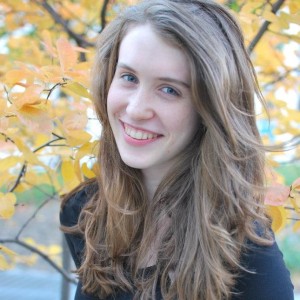 Julia Bugiel is an Arts & Science student at McMaster University with a special interest in the link between cultural and political institutions. In addition to her work as a SEE Change intern, she contributes to several McMaster publications and coordinates sustainability education for students living on campus.