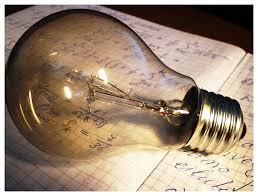 Quite a lot has already been shared about the 2014 Social Finance Forum, which took place at the MaRS Centre for Impact Investing in Toronto on November 6 and 7. So, for this piece, I’m going to keep my thoughts to three good ideas that I took away from the event this year.

Government Should Focus More on Becoming a Platform for Social Investment

This idea comes from the opening panel. It was suggested by Kieron Boyle, Head of Social Investment, Cabinet Office, UK, in response to the question of what one change would e make to drive social change and social investment in the UK. Mr. Boyle responded with the suggestion that government shift from its current service provider role into more of a platform for social investment and social change. While it was clear from other panelists that some governments are moving in this direction, it seemed the general consensus at the Forum was, not fast enough.

So, what might the world look like if we start to run instead of walk with this idea? Well, we’d probably see incentives for social investors both in terms of tax and regulatory changes coming along faster. And, in the big picture, it would become a lot easier for both organizations and individuals to lend money for social projects. Based on what I heard from presenters and in the hallways at MaRS, it seems this would be a welcome development here in Canada and around the globe.

This idea comes from Cathy Clark, Duke University Professor, Director of CASE i3 and the author of The Impact Investor. Ms. Clark was one of several panelists discussing how to bridge strategy and practice in social investing. Sharing research from a recent study into the world’s top performing social impact funds, Ms. Clark said that one of the most important elements they all had in common was what she called the multilingual leadership skills of the funds’ management teams. Drilling down a bit, these skills fall into three categories: management, policy and impact.

While Ms. Clark said that much more research is needed here, her idea did seem to resonate strongly with the group of practitioners who joined her for a breakout discussion on these skills. Like a lot of things in life, many of the people I talked to said they’d literally fallen into the social impact space and were keen to round out their leadership toolkits any way they could. Multilingual leadership skills is one of the chapters in Ms. Clark’s new book, so you might want to check it out. And let’s keep the conversations going about enhancing our social leadership toolkits.

While this idea may seem like common sense to some of you reading this article, I thought it appropriate to close with it because, simple as it may be, it really stood out for me. It began with an observation by panelist Karen Clarke-Whistler of the TD Bank. Ms. Whistler said she was actually shocked at the level of financial literacy in Canada, which she referred to as appalling. Instead of challenging her, her three co-panelists nodded their heads in agreement. But it was clear that all four believed we shouldn’t accept this state of affairs.

Speaking a few minutes later, Tonya Surman, CEO of the Centre for Social Innovation, shared this advice: “Make finance your friend, own it and you’ll unlock the keys to heaven.” While, I’m not sure about heaven, making finance her friend clearly helped Tonya raise millions of dollars for CSI in Canada and in New York. So, while there is no one-size-fits-all approach for developing stronger financial skills, perhaps we can all start by taking an accountant friend for lunch. And, speaking as the mother of two Canadian teenagers, perhaps we need to start much earlier in terms of developing literacy skills, say before these young people acquire their first credit cards.