The Time is Now for Action on Affordable Housing 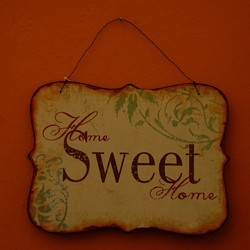 Construction and renovation of affordable housing would provide significant and immediate economic stimulus, creating good jobs, using locally supplied materials and producing a major economic multiplier effect as other demands for goods and services are triggered.

Investing in affordable housing also improves health and education outcomes. It lessens demand on resource-intensive areas of public expenditure such as emergency services. Just like hospitals, transit, roads and bridges, investing in affordable housing should rightly be seen as a key component of government investment in infrastructure that we all need and come to depend on.

Unfortunately across the country we are facing a staggering and growing shortage of affordable housing. In Ontario there are over 165,000 households currently languishing on municipal waiting lists across the province. These people are the frontline victims of the market’s inability to solve this problem.

While there has been a small Federal/Provincial Affordable Housing Program in existence over the last decade, the levels of investment are quite modest when compared to the variety of affordable housing programs and initiatives in existence from the end of WWII until the mid-1990s.

Further study in not required. There are a number of low–cost, or even no-cost, initiatives that governments should take to create new affordable housing and ensure that the existing stock is preserved as a long-term public asset. We offer 4 simple suggestions that could be acted on very quickly.

Today, nearly 200,000 vulnerable Canadian households, with over a third living in Ontario, depend on federal rent-geared-to-income (RGI) assistance to pay their rent. Federal assistance is delivered through operating agreements with co-operative and non-profit housing providers funded under federal housing programs established in the 1970s and 1980s. When these agreements end, so does the RGI subsidy. Some of these agreements have already expired and we are quickly approaching the year 2020 by which time a large majority of the contracts will have ended.

This is a critical issue for low-income residents living in federal co-ops and non-profit housing. These households have few other affordable housing options. Simply put, they will not be able to afford to stay in their homes without assistance.

The federal government has been largely silent on this issue. Ottawa currently spends about $1.5 billion annually across the county on these RGI supplements. However those dollars are gradually being withdrawn as these operating agreements expire each year. New money is not required. Ottawa should simply stop withdrawing these funds and sit down with the provinces to negotiate a new cost-shared program to ensure these affordable homes are not lost.

Ontario under its planning authority, can mandate a municipal zoning approval process that requires developers to make a percentage of housing units in new developments available at below-market rents. In return, the developer would receive a “density bonus”, allowing more units than would ordinarily be permitted under zoning restrictions. The below-market housing created would be affordable to many low- and modest-income households that cannot afford the steep rents charged in most recent condominium developments.

While inclusionary housing policies are set by local governments, it is up to the Province to ensure that these municipal measures can be enforced and are not subject to endless challenges at the Ontario Municipal Board (OMB). A straightforward provincial statute giving municipalities the authority to establish inclusionary zoning practices would accomplish this goal.

Over the years there have been a number of attempts through private Members’ bills to bring in such legislation. MPP Peter Milczyn’s current private Member’s Bill 39 – Planning Statute Law Amendment Act, is yet another legislative effort to usher in this effective affordable housing tool. Ontario should expedite finally enact such legislation.

Every level of government holds parcels of land that are not in use. Ontario in particular should follow through on a commitment made by former Premier Dalton McGuinty, way back in his 2003 election platform, to facilitate the development of affordable housing on surplus provincial lands.

A major part of the capital cost for affordable housing would be removed if the land were available at nominal charge or through very favourable long-term leases. This would reduce the capital grant required from government to build affordable units and bring down the required economic rents. This initiative would help create many more affordable homes without requiring significant government expenditures.

4. Harness the power of the Co-operative and Non-Profit Housing Sectors

After several decades in the wilderness, the co-operative and non-profit housing sectors have remained strong despite a lack of government support. The current modest Federal/Provincial Investment in Affordable Housing (IAH) program is oriented to private sector developers and Municipal run housing corporations who can contribute equity and have the capacity to cash flow developments in a way that no community-based sponsor can compete with. There are a number of barriers that must be brought down to level the playing field so that co-ops and small-scale non-profits can participate in the building of new affordable housing.

With respect to making government surplus land available, to ensure maximum accountability for public investment and long-lasting affordability, priority for government lands should be given to co-operative and other non-profit housing.

The co-operative housing sector is anxious to work with all jurisdictions to follow through on these practical proposals and to find other creative ways to ensure that every citizen has a decent, affordable place to call home.

Harvey Cooper has worked over the last three decades in the Co-operative and Non-Profit housing field. He currently serves as Managing Director for the Ontario Region of the Co-operative Housing Federation of Canada. The Federation represents some 100,000 non-profit housing co-operative residences, home to over a quarter million Canadians, and provides a full range of services. One particular area of expertise, for which Harvey has received accolades, is assisting stakeholder groups to effectively represent their interests to government at all jurisdictional levels.