Turning Investment into Opportunity: why microfinance and impact investing matter 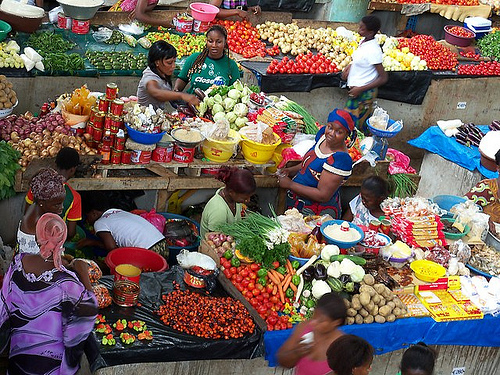 Mariam Dao Gabala, thought leader on microfinance and impact investing in developing nations, took time out of her busy cross-Canada speaking tour to pen this op-ed for SEE Change on the role these financing strategies play in empowering women around the world.

If you’ve turned on a television in the past decade chances are you’ve come across commercials pleading for charitable donations to support the starving people of Africa. These commercials intentionally tug at the heartstrings, offering up images of the most desperate in dire need of nutrition and health care. While it is a powerful message, it’s one that doesn’t tell the whole story. There are alternatives to charity to help build up both individuals and countries in need.

The continued development of the people of Africa is a subject close to my heart, and one that I’ve devoted my life to. It’s one that needs attention from around the world, as we see from the recent tragic events regarding the capture of schoolgirls in Nigeria.

I was born and raised in Cote d’Ivoire to a Christian father and a Muslim mother, and throughout my childhood, and eventual education abroad, I never lost sight of the fact that Africa was my home. This has fundamentally guided my life and career path. In the late 80s I worked with the International Labour Office for the advancement of women professionals in Africa. This transitioned into a position with the World Bank in supporting international career development for the African Development Bank.

Eventually I landed at Oikocredit, an international cooperative with the aim of financing partner organizations in the developing world. This is where I have remained for the past twenty years, and I truly believe that microcredit and other forms of development finance, when handled properly, provide the best resources for boosting economic growth, not only in Africa, but in all developing nations.

When you break down the numbers for microfinancing, you will find that comparatively to the traditional finance system, a much larger amount is put towards the support of agriculture. While agriculture is the backbone of sustainability, economy and quality of life, it is often viewed as a high risk investment from traditional banking institutions and thereby mostly undervalued and underfunded; this also happens to be the field in which a large portion of workers are women, who face traditional barriers to land ownership and gender discrimination.

This creates an economy which excludes the poorest working farmers and it is this financial and consequently social exclusion of women, and the working poor, which is one of the biggest obstacles for development.

The historical solution for boosting these working women has been to offer charitable support, which labels women as “in need” rather than providing them the power to improve their situation. The poor in Africa don’t want a hand-out, they want an opportunity. Eighty-four per cent of the end the clients of Oikocredit’s microfinance partners are female, a statistic that proves the entrepreneurial spirit of these women.

Investing in improving the working conditions and in educating women about their rights and opportunities provides them with the tools and resources they need to take their lives into their own hands. Financial inclusion will naturally lead to social inclusion; social inclusion suggests viewing these women as community contributors and business partners and removes them from the periphery of the national economy by labeling them as people “in need”.

This is no better demonstrated than by the cooperative market Cocovico in Cote d’Ivoire, a women-owned cooperative that has boosted the local economy, increased both job and personal security and opened new doors to health care and education. Since opening in 2008, the women participating in the market have experienced a significant rise in sales, employed 42 educated people in administration, security, rent collection and hygiene. The market has expanded to include a dormitory, a literacy training centre and facilities for a health care center. During Cote d’Ivoire’s post-election crisis in 2010, the market faired far better than others in the area as it provided a safe gathering place and a central location for food security.

Cocovico demonstrates why microloans to women in developing countries reach more than just one individual. Women are more likely to carry their families into a better quality of life, and with that are more likely to spend their earnings on medical care and education for their children. Studies show the status of women is integral to a country’s economic development. Microfinance offers women financial inclusion, expanding their roles beyond housewife to breadwinner. As women participate in the economy, they also become more involved socially and politically; within their communities they may advocate for changes that will better their own lives and those of other girls and women.

It’s this support for women in developing countries that sparks my visit to Canada. Canadians will play an important role in the future development of microfinance, as well as other forms of development finance, such as small scale agriculture, fair trade, co-operatives and renewable energy. Currently the opportunities for Canadians to invest in what’s considered “impact investing” funds are limited. Only a handful of institutions allow for impact investments to be included into a financial portfolio.

Canada lags behind the rest of the world in this regard; it’s my hope that through increased education, Canadians will begin to ask more from their financial institutions in how their money is invested. Imagine being able to invest in a portfolio that not only helps plan for your future, but builds one for families in developing countries as well. That’s a return on investment that means more than dollars and cents; it means our world takes one step closer to becoming a true global village, neighbor helping neighbor, even if that neighbor is an ocean away.

Mariam Dao Gabala has spent the last 20 years as the Representative for Oikocredit in West Africa. Through her leadership, Oikocredit has invested more than 60 million Euros in West African countries like Ghana, Mali, Togo, Benin, Senegal and her home country of Cote d’Ivoire. In 2011 Mariam Dao Gabala was awarded the prize for International Solidarity by the French newspaper Le Monde. In addition to the International Solidarity Prize, Mariam has received multiple honors from the state or Cote d’Ivoire for her community leadership and broad non-profit involvement. She is also devoted wife and proud mother of five.