In this series, SEE Change talks with society’s respected corporate citizens about their efforts to make a difference

As I dip my spoon into the small glass container of honey marked “Lancaster London Hyde Park Honey,” I’m thinking about the bees. It’s hard not to. After all, the hardworking insects who diligently produced the light, aromatic nectar I’m enjoying have been going through a sort of revival of late, thanks in part to the Lancaster hotel in London. It all started two years ago when Lancaster management decided it wanted to do something to counter the sharp decline in honey bees in the region, a depressing situation that wasn’t only affecting the insect population but food production worldwide.

Fortuitously located across the street from London’s glorious Hyde Park, the Lancaster London knew they offered a perfect spot for bees to flourish. So, in July 2009, in line with a series of environmental initiatives led by the forward-thinking establishment, five bee hives were installed on its roof, making the Lancaster the first central London hotel to do so. Before long, half a million honey bees checked in (100,000 per hive), no reservations required. Today, the hotel boasts ten hives, with a colony populated by bees from Britain and New Zealand who are drawn to the plane trees and habitat of Hyde Park. The hotel appointed four staff members to its bee team, taking on the role of farmers, mentored closely by Luke Dixon, a professional beekeeper.

Currently producing over 100 kg of honey each year, with a harvest every September, the hotel will only produce the product internally. “We won’t sell it and we’ll never over-produce,” says Clare Wright, director of procurement, environment & sustainability.  “Three hundred and fifty jars came out of the first harvest, the next one will be much bigger at 140 kilos.” But guests can sample the wares of their fellow winged residents as the honey is served at breakfast and prepared with other dishes. The program has sparked so much interest that the Lancaster London will start running free classes for people interested in creating their own beehive. 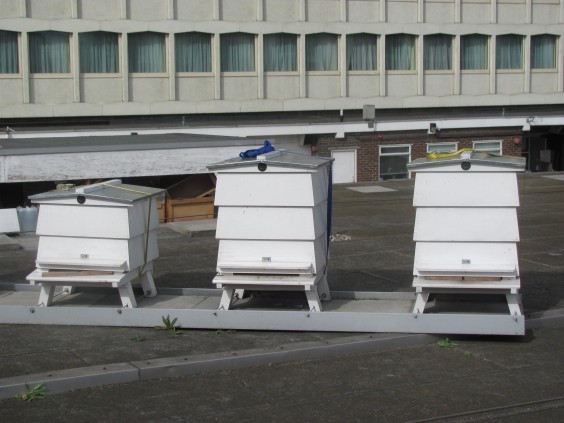 As mentioned, this is just one of many initiatives of the Lancaster London, which has garnered a formidable reputation for being a leader in environmental sustainability and charitable involvement. As for the latter, the hotel has made giving back paramount. To wit: through its association with SleepSmart – providing care and support for the homeless – Lancaster London asks each patron to add a pound to their hotel bill, which is then donated to the charity. With more than 50% of guests agreeing to it, the hotel has provided SleepSmart with £2,44 toward its cause. The hotel also offers its staff as ambassadors to Springboard, a charity that helps guide young, unemployed and disadvantaged people into hospitality careers.

As for its environmental programs, the hotel set up a Green Team comprised of representatives across key departments, dedicated to devising and implementing energy saving measures. Their proactive commitment has led to numerous new practices including: transformation of nightly turndown service, whereby cleaning/flushing toilets in the 416 rooms is done on an as-needed-basis only, a major boon to its water conservation efforts; the introduction of electronic document management, saving a quarter of a million pages so far; screening of suppliers to ensure they follow environmental procedures. Kitchen suppliers, in particular, are asked to send all product in reusable crates as opposed to cardboard boxes and/or wrapped in plastic.

And starting in May, the staff bid adieu to their compactor. All waste is now incinerated and nothing ends up in landfills. “It takes a lot of discipline,” says Wright. “With 3,000 people coming for banquets [events], 416 rooms and 200 staff staying in the hotel, it’s quite a major operation.”  But the hotel is making a clear statement: it’s serious about being a responsible citizen. “This company says we’re really happy to use people’s time and to pay them to make strides forward,” adds Hull.

Not surprisingly, the Lancaster London has received numerous accolades, including the Considerate Green Marketing Initiative of the Year, Silver Accreditation for Green Tourism of London, Visit London Sustainable Tourism Award and a commended finalist in the Eco-Hotel of the Year award in 2010. 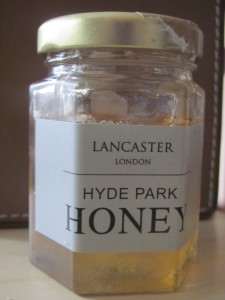 And let’s not forget the bees, who undoubtedly relay their gratitude by way of hard work and jars of delectably sweet liquid gold.