This month, on the 8th of March, Canada joins many other countries around the world to celebrate International Women’s Day. Originally called International Working Women’s Day, it was first celebrated on the 19th of March, 1911 in Germany after a declaration from the Socialist Party of America broadcast on the radio. Today, the celebration’s focus ranges from one of respect, appreciation and love toward women, to a celebration of women’s economic, political and social achievements in parts of the world where there is place for improvement regarding women’s quality of life and rights.

Therefore, it is appropriate to bring up some very interesting facts about the roles and achievements of women in the social economy of Quebec. This article is about the history of the social economy in Quebec and the roles women have played and still do in the continuation of the missions of many types of social enterprises and organizations.

In the early days, the first forms of social economy that took place in Quebec were the old models of financial cooperatives like the “Mouvement Desjardins.” Started in 1900 by Alphonse Desjardins in Lévis, mutual insurances and buyers’ guild of farmers unified to buy crops, seeds and equipment from suppliers at better prices. These forms of social economy were created to give access to wealth through a union of economically marginalized people from the rural French communities. These organizations still exist and the Desjardins Group is now the largest financial cooperative in Canada and the sixth largest in the world, with assets of more than $175 billion and serving more small communities than any other bank. Since 1998, the group has been run by a female CEO, Monique F. Leroux.

In addition to the initial traditional sectors list, according to social economy researcher and professor, Martine D’amours, “a new model of social economy” was born in 1970. At this period of social change in Western culture, the social values found their way into the merchant economy, matching social needs with business opportunities of different shapes and sizes. 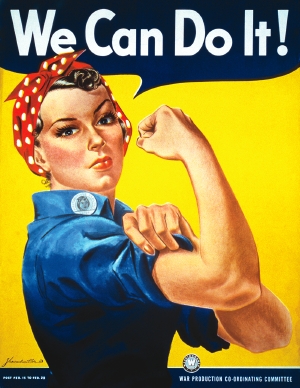 The major social changes and movements occurred when women massively entered the workforce through social business initiatives after being first accepted in the factories during WWII. The society then saw mothers starting affordable daycare services, women’s groups offering housework services, community groups creating structured family leisure activities, affordable community housing co-ops, and the cultural industry. These types of women-led businesses, cooperatives and nonprofit organizations charged for their services like other capitalist businesses looking to enrich stockholders. To attract new customers, users and members, they put emphasis on their democratic management process combined with the social benefits of their activities and freedom of choice. Led by women, these activities were answering social needs and becoming priorities for many citizens. After a lot of work and negotiations, Quebec’s government legally recognized a social enterprise status in 1996 and committed itself to supporting many of these organizations and services.

Co-existing with business social enterprise models, community service organizations offer free services or products to treat social crises and work to diminish poverty, discrimination or oppression. Considered members of the social economy, these types of organizations are rarely self-sufficient but make up for social services that are not offered by the public system. They work with some public funding or private philanthropy. The forerunners for these types of organizations were Catholic health and education systems in which many workers in contact with the users where trained volunteers; nuns as nurses or teachers managed by formally educated, male authority figures (i.e. doctors, school principals, etc.)

As we speak, in Quebec 70,140 jobs in this type of social economy are occupied primarily by women, from top managers to all other levels of responsibility. A study, financially supported by the Conférence Régional des Élus (CRÉ) [Regional Conference of Elected Officers] of Montreal Island, showed that 70% of full time employees in social enterprises within their territory are women. To add to this statistic, 50% of management workers are women, and only 36% of male workers in social enterprises have auniversity degree compared to 59% of the female social economy workforce. 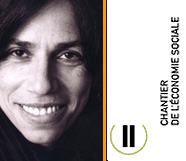 The province’s social enterprises have strong public figures as role models or opinion leaders; most of them are women. The most influential social entrepreneurial organization is Le Chantier de l’Économie Sociale, which was created after the Economic Forum in 1996. Its CEO is Nancy Neamtam, a native English-speaking woman from the west end of Montreal who learned French through social activist initiatives in the 1960s. To achieve its mission of “promoting the social economy as an integral part of the socio-economic structure of Quebec while increasing the recognition of the plural reality of this type of economic activity,” Le Chantier de l’Économie Sociale is working toward three key aspects for success of the social economy in Quebec:

To add to the list of influential women in the social economy, we can name union leader Claudette Carbonneau (elected president in May 2002 and a second time in 2008). She is head of the Confederation des Syndicats Nationaux (CSN), which has more than 300,000 members and is the second largest union federation of workers in Quebec. In the nonprofit sector and as a leader of contemporary social change makers, Laure Waridel is a great example. She is one of the founders of Équiterre, a nonprofit organization based in Montreal that is dedicated to “promoting ecological and socially responsible choices through action, education and research.” It focuses on six issues: fair trade,ecological agriculture, energy efficiency, sustainable transportation, energy conservation, and ecological and socially just choices. Although she does not work for the organization anymore, she continues as president of Equiterre’s board of directors and as its most public representative. In 2002, Waridel was named by Maclean’s magazineas one of 25 Canadians who are making a difference, and received many honours for the book she wrote at 24 years old, Une cause café, which sparked the first step of fair trade consuming habits in Quebec.

Knowing more about the social movement’s history in Quebec, and the role that women played during the years, we realize these leaders continue to influence society’s stakeholders to join the social economic movement, a movement based on solidarity and social values, which gives back to and profits the community. We can be proud of the efforts women make in the social economy and all the other aspects of their lives to create a better world and social justice.

Pierre-Luc Vézina-Labelle is one of the founders of La Coop de Solidarité V.E.R.T.E., a co-op of sustainable tourism in Saguenay Lac Saint Jean. He’s studying for his Masters of Regional studies and intervention at Université of Québec in Chicoutimi.