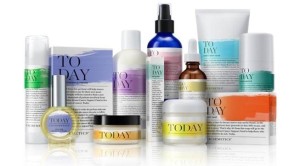 When people think of Breast Cancer Awareness month, they think pink. In the sea of pink, there is one breast cancer charity asking Canadians to think green, year-round. The Canadian Breast Cancer Support Fund’s (CBCSF) purpose is twofold – building awareness around prevention through reducing exposure to toxins and providing emergency financial relief to breast cancer patients. Because according to the charity, despite the tens of millions raised to find a cure, many of the 23,000 Canadians diagnosed this year need financial help today.

This October the CBCSF launched Causemetics, a line of 11 green beauty products made by 11 of Canada’s leading all-natural, non-toxic skincare and cosmetic companies. Each company has earmarked a top selling product to raise funds for the charity, representing a year-round commitment. Causemetics delivers a much needed, sustained source of revenue for the CBCSF.

“Imagine experiencing unprecedented emotional and physical pain – fighting for your life and having to worry about how to put food on the table or pay your rent,” said Donna Sheehan, Founder of the CBCSF. “It’s a side of breast cancer is not talked about, yet in my years in counselling patients – the financial toll was often more stressful than the disease. Loss of wages is just the tip of the iceberg. There are all kinds of costs that are not covered – it can cost tens of thousands of dollars. Many simply can’t afford it and that’s who we’re here to help.”

Sheehan is a breast cancer survivor who went on to help other patients as a psychosocial counsellor. She witnessed firsthand the devastating financial effects breast cancer breast cancer could have on a woman. That’s why she started the Canadian Breast Cancer Support Fund in 2012. In just two short years, the fund has raised nearly $100,000 and helped 76 patients across Canada. One client and breast cancer survivor, Daniela Pagliaro is an ambassador for the CBCSF. Bravely willing to share her story, Pagliaro is featured in a new CBCSF video that explains Causemetics.

“Some people save up $25,000 to buy a car or to contribute to a down payment on a home. It cost me that much to have breast cancer, and I’m one of the lucky ones. Nobody deserves that,” said Pagliaro, who is also a single mom. “There is a misconception that everything is covered and that’s just not true. I had moved to the country with my daughter where the cost of living was more manageable but as my treatment went on, it became a real struggle to survive. I’m so thankful for the support provided by the Canadian Breast Cancer Support Fund.”

Bill Baker, founder of Consonant Skincare, is a CBCSF board member and long-time supporter who has donated the proceeds of one of his best-selling soaps to the CBCSF since 2012. This inspired the notion of bringing together like-minded Canadian companies who would also dedicate products to the cause. Consonant Skincare is joined by products from Lovefresh, Pure+Simple, Schaf, Graydon, Ella’s Botanicals, Cocoon Apothecary, Sappho Cosmetics, Evoke, Sigrid and Province Apothecary under the Causemetics label.

“I think I speak for all the participating companies when I say Causemetics was a no-brainer,” said Baker. “The common thread is that we’re all Canadian companies dedicated to products that people can use with confidence knowing they’re not exposing themselves to harmful chemicals. We exist because consumers need and want this type of product. As a charity and a cause, CBCSF is fundamentally aligned with what we do. For consumers, supporting the CBCSF is now as easy as buying their favourite products.”

Causemetics came to life through the creativity and generosity of Cheil advertising in Toronto. The agency challenged a team that normally works on big brands for blue chip clients, to give the CBCSF more than just an ad. They came up with the concept for a collaborative fundraising brand; developed the Causemetics brand identity, packaging, marketing materials and retail site www.causemetics.ca.

“Donna Sheehan and the CBCSF originally asked for an ad to build awareness, and we wanted to go much further than just an ad. The power behind the idea of Causemetics is that it generates ongoing revenue for the fund,” said Kathleen Collins, VP Integrated Solutions, Cheil. “Causemetics emphasizes today because despite illness and the inability to work, the rent is due, groceries need to be bought, car payments need to be made, hospital parking needs to be purchased – not someday, today.”

Causemetics is available at www.well.ca, www.causemetics.ca, and Green Beauty Spa in Toronto. Products donate from $4 to $10 as marked on the packaging. For more information on the CBCSF, go to www.cbcsf.ca.