Building Opportunities for Employment: In convo with Adam Zweig of Building Up

Building Up was founded by Marc Soberano to provide a pathway for individuals facing employment barriers in Toronto. Modeled after successful social enterprises across the country – most specifically Manitoba-based BUILD, often referred to as its sister company – Building Up offers opportunities and training to help create sustainable and skilled careers in the trades for those who need it most.

SEE Change recently sat down with enterprise manager Adam Zweig who talked to us about the mission of the social enterprise, how it’s meeting the growing demand for work, the challenges the team faces trying to balancing the business with a social mission and what makes them most proud to come to work each day. We share a part of that interview here. 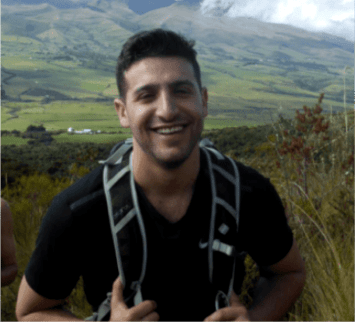 Adam Zweig of Building Up

How does the program work?

Our main principle is connecting work that needs to get done in Toronto with people who most need the work. We deal with folks who have barriers to employment. Once we select them, they’re with us for four months, working on-site, on contracts from the public and private sector, on any type of construction work that we’ve bid on and won.

During the second 8 weeks they get paid to learn soft skills like math to [help them] be successful in the trade. Once the four months are finished they have the math they need to pass exams to get into carpentry or plumbing etc. We tailor the classes to help them succeed on that path.

Once they graduate, we guarantee them an apprenticeship, whether in trade unions or a private company with a similar trajectory as their career path.

What inspires you, Mark and the team to do the work you do?

Mark and I grew up together, he graduated with a business degree from Ivy and I graduated with a philosophy degree from Guelph. Both of us have a passion for blending business and social. Our constant motto is “why not”? If we’re bidding on a contract to paint a facility and they’re looking at the same two prices and the job will get done equally effectively but one has a social mission behind it, the question is why not. Why wouldn’t you give it to someone that could even the playing field a little more in a city that definitely needs it?

We’re not asking for charity, we are a business that has a very strong social mission and aims to be an example for other businesses who want to compete in a very competitive world but is still able to stick to where their heart is and help folks that need help.

What challenges do you face day-to-day

Working with the demographic we chose to work with and trying to help them with barriers they face – such as childcare, not being used to working every day, making sure they’re reliable etc. – is a challenge sometimes. You will not graduate if you don’t show up on time, have a great attitude on site, are reliable, have a good work ethic. The reality is that our partners will say yes to anyone but if they don’t hold up their side of the bargain, they’ll drop them quickly.

And then there are the other challenges. One of the principles that we were founded on, and strive to do every day, is that we expect to deliver a service as good if not better than the private sector. Yes we are a social enterprise and mission comes first. But that mission can only be realized if we are successful in the work that we do. Which means we have a very high standard.

We bid on contracts like every private contractor out there. But our costs are inevitably higher. We spend money on things that other don’t have to – like sending guys to math class – and yet we have the same market prices for our services, with the intention to do as good if not better. That’s an ongoing challenge too.

Another challenge is the nature of construction work. It fluctuates and we’re busier in certain months. But if we take someone on, we have an obligation to keep them employed. That is our primary mission. Unlike some other companies that may say, ‘”we don’t have enough work this week, we’ll contact you next week,”  we feel obligated to keep work consistent for everyone. So we have to juggle that all the time – where do we find work for these guys to do when the demand is not always there 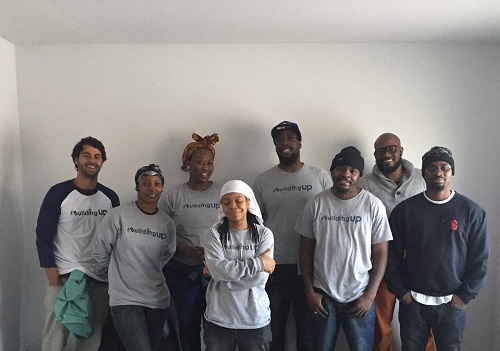 Building Up participants with Mark Soberano on the left

What are some of the lessons you’ve learned along the way?

I used to ask for a lot of leeway because we’re a social enterprise. What we’ve learned is if you really want to be successful and want to compete in this world and have customers that call you back and to grow your business, you have to know when to use the social part and when to act like a business. You want to focus on not taking too much on, so that it stretches you so thin that you can’t perform the work. And you don’t want to use the social as an excuse to not doing things well.

If you look at our attitude toward our participants/trainees, it’s changed over the years. We really need to prepare them for what happens after Building Up. And we have been told by graduates that we’re not being harsh enough. For example, if they come in late a few times or haven’t communicated with their supervisor. If we don’t put our foot down on those things, we’re just setting them up for failure when they go into the real world and expect to have the same leeway.

Yes, they have tough things going on in their lives that we may have never experienced. We may not understand what they’re going through but, at the end of the day, if we’re not strict on building up their work ethic, it’s going to do them no good. So we’ve got a lot harsher. There are so many people who want an opportunity and it really drains resources when you just focus on one person that doesn’t necessarily want to be here.

We’ve learned to find the right balance between being understanding and giving them a platform to develop those skills but knowing when it may not be the time for them and they need to go work on themselves and come back when they’er really ready.

It’s pretty exciting for us – we are a general contractor, we want to be building social housing, we want to grow to be one of the bigger names in the construction world in Toronto. And given what we’ve done in the last year – such as full-scale renovations of houses which is what we dreamed about doing years ago, what we planned for this organization; that was always the goal –  it’s pretty amazing that we’ve already gotten a contract for our third house. We’re going in the right direction. And it also changes the attitude of folks who come into our program. They see now that they’re a part of something growing and real.

What makes you proud?

Every time we feel overwhelmed, we chat with our graduates. Two of our grads came by a few weeks ago, brought us coffees, donuts and told us that in seven months’ time they were able to buy a car, pay off their OSAP debt, find better housing and were promoted twice. And none of this would have happened without Building Up – they just came to thank us. Graduates end up being mentors to other guys who are just starting out. That’s why we do what we do every day.

There’s a lot of stigma around social enterprise that it has to be in some way different than a fast-pace business. When I started here over two years ago, there were five people on the management team and now there are close to 15. It’s hard to compete salary-wise but we’ve done our best to build an environment that feels like any typical fast-growing company and it functions like a business.

You can’t just be motivated by social mission alone; you need to build an environment where people are happy to come to work and be a part of it.