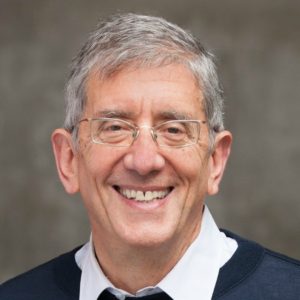 We are in the midst of the greatest economic shift in history. It is a time of big challenges but also huge opportunities for making money and changing the world for the better. I call it The Clean Money Revolution.

What Is Clean Money?

It’s money aligned with purpose. Money that is about more than self-interest. Money that makes the world better: regenerating ecosystems, building fairness and equity, helping achieve a healthy balance between people and planet.

To use the words of the Paris Agreement, clean money seeks a world free of pollution and does so “on the basis of equity, and in the context of sustainable development and efforts to eradicate poverty.”

Clean money is revolutionary, but also evolutionary. It opens the hood of the car, reads the ingredient label, pops open the laptop to see what’s inside. Clean money thinks through where materials came from, who assembled them, and whether that process was just, or unjust, regenerative or destructive.

Then choices can be made. Choices that consider the long term future of civilization.

The recent U.S. election might give some people reason to doubt this trajectory. But this shift toward clean money is now unstoppable.

There are many factors pushing this massive economic transition forward. They are merging into the proverbial perfect storm for investors, financial advisors and wealth managers. Here are three of them.

The first and most massive factor is climate change. Global warming places moral and economic imperatives on all of us, and we are just beginning to understand what it will do to the landscape of finance. It has already sparked massive movements, as well as regulation, that are shifting the economy under our feet.

The push for clean/renewable energy is a direct response to global warming, and it is creating a revolution  in the world’s energy markets.

In terms of annual investment, renewables are now the leader and fossil fuels the “alternative.”  In 2015 investments in oil and gas declined by 25 percent— from $750 billion in 2014 to $583B. That’s one-quarter in one year. ⁠Meanwhile in that same year energy produced from renewables rose by more than 30 percent.

These drops in fossil-fuel investment are expected to continue through 2016, falling by another 24 percent to $450 billion.

With their inherent risk of stranded assets, which I would say is a near-certainty at this point post-Paris, fossil fuels are becoming a pariah. The US built more solar installations than natural gas plants in 2015⁠. Coal is cratering. Oil is next.

The executive director of the the International Energy Agency (IEA), Faith Birol, said: “We have never seen such a decline [in oil and gas investment]…. It’s a very important message for climate change and for the Paris agreement. Anyone who does not understand what is going on – governments, companies, markets – is not in the right place.” 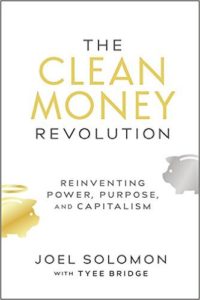 One other major factor pushing the global transition to clean money is the generational wealth transfer currently underway between Boomers and their children— among them the big generational wave of Millennials. This is the largest such transfer of wealth in human history, estimated at $40 to $60 trillion in North America alone.

The Millennials, born between 1980 and 2000, already outnumber Boomers at about 85 million in North America.⁠ In a 2006 poll, 78 percent of Millennials said that businesses have a responsibility to build a better world.

That hasn’t changed much as they’ve entered the workforce: in a 2016 Deloitte poll of Millennials in senior positions, 61 percent say they have “chosen not to undertake a task at work because it went against their personal values or ethics.”

These Millennials are demanding, and will continue to demand, that their portfolios be dedicated to mission-based or ethical, sustainable and socially just investments.

Get On The Right Side of History

We live in an era of acceleration. Change in technology and in the worlds of finance and business is happening faster and faster. The clean money revolution is pervasive and rapidly growing. But it is also early stage, mostly unknown, barely begun. The greatest work and most important accomplishments are still ahead of us.

Anyone who has spent time working on the progressive fringes knows what it feels like to be written off as flakey— to be patted on the head, smiled at knowingly by the powers that be. But history is made by pragmatic idealists, by bold pioneers who refused to listen to dismissive messages and pushed forward for what they believed in.

Clean money and the forces behind this brewing revolution are the invitation to a new era. Together we can catalyze constructive change on a scale that once seemed impossible.

Joel’s book The Clean Money Revolution, co-authored with Tyee Bridge, will be released by New Society Publishers in spring 2017. Available for pre-order at Amazon www.joelsolomon.org