Divestment from Fossil Fuels: Wave of the Future? One expert weighs in

Costa Rica’s new president has announced a plan to ban fossil fuels, in particular removing fossil fuels from transport by 2021 and, in turn, become the first fully decarbonized country in the world. Meanwhile, Europe’s largest bank, HSBC, just announced it will divest from fossil fuels in all but three countries, following other major financial institutions BNP Paribas and ING. Environmentalists say the move signals fossil fuels are becoming an increasingly risky proposition for investors.

What’s more, over 800 global investors – including foundations run by the Rockefeller, religious groups, healthcare organisations, cities and universities – have decided to withdraw billions from fossil fuel investments over the next few years.

Genus Capital, Canada’s first investment management firm to offer fossil free portfolios, has been working with ESG and corporate governance researchers at Sustainalytics to screen out financial institutions that fund fossil fuel projects. SEE Change Magazine recently spoke with J.P. Harrison, President of Genus Capital, about what these steps means for the divestment movement, whether this trend will “stick” and the growing financial risk of stranded assets. 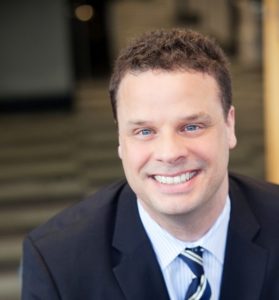 In your opinion, what does Costa Rica’s decision to ban fossil fuels mean for the global divestment movement?

Costa Rica’s decision really reinforces the global trend away from fossil fuels, going even further than the 10 or so countries and territories that have committed to ending new fossil fuel vehicle sales in the future. The complete move away from fossil fuels to become the world’s first decarbonized economy is bold and aspirational. It also suggests a potential acceleration in implementation, as many other global commitments are set to come into effect from 2025 to 2040.

History has shown us that divestment can happen in three waves, with environmental and religious organizations leading the charge. We are now beginning to move into the second wave, during which progressive universities and public institutions begin to take a stand.

What do you think it will take for us to get to the third wave?

I suspect over the next 10 to 15 years we’ll see cleaner, more impactful investing becoming  mainstream as the third wave gets going. This trend will be driven by growing interest in and concern around environmental and social issues, and the realization that sustainable investing can provide as-good-or-better returns than old-fashioned investing.

Why has Genus Capital taken the steps to offer fossil-free portfolios? What kind of response have you received?

Genus Capital has been particularly fortunate to have many leading social and environmental organizations as clients. As these clients became increasingly concerned about climate change, they no longer wanted their money financing fossil fuel companies. It was with their encouragement (and dollars) that we launched what we believe was the first suite of fossil-free funds to specifically address the growing divestment movement.

Can these fossil-free portfolios be as “successful” as traditional portfolios? (In other words, many would assume there is a much larger risk, is there? Why or why not?)

Based on our long-term market studies, well structured stock portfolios in Canada and around the world can outperform the markets as a whole. In practice, that superior performance has been realized as well. For instance, our Fossil Free Institutional Balanced Composite has beaten client benchmarks over the past 4 years before fee by an average of 1.34%.

What other trends of note are you witnessing?

On the investment front, we’re finding it interesting that the divestment movement is having the positive effect of pouring money into impact investing as well (investing that seeks to improve the world socially and environmentally). As folks decide to move money away from things they no longer want to support, the question becomes: what are we going to do with this money? The obvious answer is to try to make a positive impact.