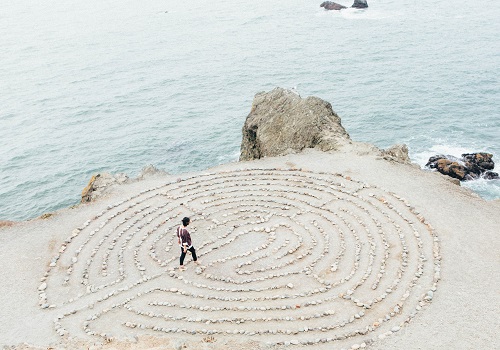 As someone who is more prone to doing than being, patience is not my strong suit. Over the years, I’ve learned some hard lessons about when to push to get my needs met and when to let things come in their own time. One evening I returned to my apartment after a particularly difficult day where a technology failure ruined what, at the time, had seemed like an important opportunity to market my company’s services. I stopped by the front desk and ended up chatting with the guy who normally worked there. As I shared the details of this situation he gently reminded me that I was devoting more attention to this setback than it deserved.

After reflecting on his comments, I realized that fatigue was preventing me from fully processing what had happened. I also realized that in this instance that coming back to this situation later on when I was rested would enable me to come up with a better solution instead of rushing to fix it in that moment.

Although self-awareness becomes easier with practice we still need the support of people who can shine a light on our blind spots.

Just as we can get in our own way as individuals, the same pitfalls exist for groups seeking to bring about positive change. Through an acquaintance, I heard about a social justice group and decided to attend their next meeting. At the meeting were seasoned activists and people who, like me, were curious to learn about their work and explore opportunities to get involved. However, by the end of this meeting my initial enthusiasm had significantly diminished along with my motivation to stay involved.

Despite my genuine interest in social justice issues and having attended numerous gatherings over the years, I have yet to develop the kinds of meaningful connections that I’ve made in other communities of changemakers. It’s likely that a different approach, and perhaps even greater persistence, could change this outcome. At the same time, I think that the social justice community could also benefit from making more of an effort.

In considering what troubled me about this meeting I recognized some recurring patterns. At this, and other social justice gatherings I’ve been to, I’ve felt like a visitor to a relatively isolated community. While the people I met seemed pleasant I didn’t feel especially welcomed, and in some instances, I also felt like my status as a newcomer was met with suspicion. In looking at this situation from an activist’s perspective, it’s understandable why this is so.

Having participated in a number of protests, I’ve experienced what it means to challenge the status quo, which can be dangerous when there are powerful groups that have a vested interest in keeping things as they are. As someone who has also studied social change, I also know that, for a movement to succeed, it has to reach a tipping point in terms in getting a critical mass to participate. This creates a dilemma for change agents that want to attract people to their cause and, at the same time, minimize infiltration by those who opposed to their efforts. There doesn’t appear to be an easy solution to this dilemma since it’s up to each group to determine how to attract supporters to advance its goals versus its risk tolerance for detractors.

For many social justice activists, especially those who are marginalized, being heard and actively contributing to decisions that affect them are core values. To address this need, some groups make decisions by consensus.

While consensus enables different perspective to be taken into account and can sometimes lead to better decisions, this approach also significantly slows down the decision-making process, particularly if negotiation and compromise are needed to reach full agreement.

This leads to another dilemma, which is creating the space for people to participate in decisions that affect them while also making enough progress so that people remain engaged over the longer-term. Patient urgency, coined by school reform leader Howard Fuller, offers a solution to this dilemma through a process of continuous calibration between engaging supporters and generating urgency for action.

Getting out of our own way, as individuals or social change movements, begins with having a clear intention about our intentions and desired impact. Being open to receiving feedback helps us become aware of whether we are on track towards fulfilling our intention. With this information, we can choose whether this is worth paying attention to. If we choose to pay attention, we’re faced with another choice – whether or not to act upon this information. This choice can be difficult, especially if we learn that our actions are moving us further away from our intention, such as making it harder for people to join and stay involved in our cause. Systems thinking, which is about seeing beyond isolated incidents to recognize deeper patterns, can be useful for building awareness about recurring issues or behaviors that can cause us to get in our own way.

For those times when I’m aware that my intention is disconnected from my impact, I draw inspiration from Alain de Botton’s quote: “We should not feel embarrassed by our difficulties, only by our failure to grow anything beautiful from them.”