Hard work and passion aside, entrepreneurship relies – sometimes heavily – on the oft-times unreliable infusion of capital and the enigmatic and frustratingly intangible element we call luck. Yes, luck. If you’d prefer to Oprah-fy this conversation, let’s refer to it as “the point at which the universe and hard work converge.” Oh Oprah.

No matter what you call it, Tal Dehtiar knows something about it. More specifically, he knows something about praying to the gods for more of it. CEO and president of Oliberté, the first company to market premium urban-casual footwear made in Africa, the 29-year-old was the original founder of MBAs Without Borders, a charity that empowers entrepreneurs in 25 developing countries by matching them with volunteer MBAs. The five years spent running that organization gave Dehtiar an education unparalleled. Not only did it open his eyes to how business can effect change, it inspired his next venture. 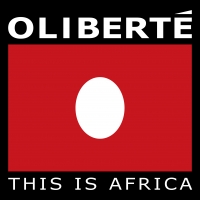 Dehtiar believes the best way to help a struggling nation is by providing the means to stand on their own two feet. Not just today, but tomorrow…and the day after that. You get the picture. “It doesn’t work when you give away things,” says Dehtiar. Promoting sustainability and empowerment, and building a middle class through job creation does.

Investing where it matters

Enter Oliberté. The company manufactures shoes in Africa, culling rubber from trees in Liberia and leather from Ethiopia. To get it going, Dehtiar invested about $100,000 of his own cash – including $25,000 to develop a rubber processing plant in Liberia – to set up a warehouse in Ontario and start developing retail and distribution channels. Sounds simple enough. And by simple, I mean extraordinarily complex, the type of complexity that would inspire anxiety attacks in a Zen master. Truth is, it’s an undertaking mired in bureaucracy, paperwork and the multi-dimensional continental divide.

Still, that didn’t deter Dehtiar. It’s about the jobs, after all. “We’re trying to give them the jobs so they can pay for their child’s education and take care of their family,” he explains. “The more shoes we sell, the more we can put pressure on factories to change their ways.” Interestingly, Dehtiar prefers to keep the socially conscious message in the background. If people buy his shoes because they believe in the cause, wonderful; if it’s because the shoes “rock,” great. The approach – adopted after watching numerous companies overemphasize their social mission to the detriment of their business – hasn’t exactly won him the support of the PR-savvy but he’s sticking to it.

Creating a plan for long-term success

“We need to do this slow and steady and make sure we make shoes that cater to a huge diversity of people as opposed to very niche market.” Oliberté is here for the long haul, after all. “If we go away, all the jobs we created go away,” Dehtiar says, adding, “Luckily our shoes can compete with any other shoe brand. That’s how I think we’ll be successful in the long term.” Fighting words.

Of course long-term plans require investors and here’s where luck could have come in handy a year ago. Only, it didn’t. Prospective backers applauded Dehtiar’s mission but deemed Africa too risky or dismissed his five-year stint building a successful charity as not real business experience.

He even argued his case in front of the notorious Dragons of CBC’s Dragon’s Den. But Dehtiar’s valuation was deemed too high and he was turned away. The MBA grad admits the appearance was premature but figured he was running out of options. “I’m happy it didn’t work out,” he adds. “If I would have to give up a greater percentage of my company, it would be awful.”

The entrepreneur’s good fortune may be turning around, though. Investors appear to be warming and Dehtiar is currently in talks for $25,000 to $75,000 in loans. It’s not hard to see why: shoes are selling and finding shelf space in a growing number of stores – 25 in total, including David Z’s SoHo location – never mind the celebrity endorsements, which don’t hurt either.

Though Canadians are proving to be a more conservative bunch, Dehtiar plans on selling approximately 10,000 pairs of shoes worldwide this year, 200 online. What’s more, recently inked European and Australian distribution agreements will potentially cover Dehtiar’s costs in North America and Ethiopia without him having to sell a single shoe in North America. Yep, the ball is rolling and Dehtiar is optimistic. “There may be lots of bruises and bumps along the way but we’re going to get there,” he says.

1. Under-promise and over-deliver. “Most people can turn around shoes in 60 days, but especially because I work in Africa, I say it’s going to be 90 days.”

2. Don’t rush into things. Dehtiar immediately invested in a rubber processing plant in Liberia that is still incomplete (Sri Lanka’s a stand-in and Cameroon is a back-up). “I should have made shoes, found rubber elsewhere and then gone to Liberia once we had some cash”.

3. Sometimes it’s okay to jump in without secured investments. “A lot of people say you shouldn’t go into business with just an idea, you should secure money first,” he explains. “But I didn’t want to waste six months and then find out someone else is working on it and then our story is gone.”

4. A significant other’s patience and support is key, so make sure you have both before taking a step, he says, crediting his wife for being an invaluable champion. “Be honest with your partner,” he adds. Make sure you’re following the same timelines.

5. Stick around as long as you can. “People say there’s a lot of luck in business and there is; we haven’t been that lucky unfortunately, though we’ve had some.” But the longer Oliberté sticks around, he says, the luckier they expect to get.