Four successful, growth-oriented women entrepreneurs with big plans and social missions have just received catalytic capital to spur them along

RSF Social Finance recently invested over $900,000 in four women-led enterprises that are creating opportunities for women and girls around the world. The investments, in the form of loans and grants, bring the total amount disbursed from RSF’s recently formed Women’s Capital Collaborative to more than $1 million.

With the funding from S.F.-based RSF Social Finance, a mission-based lender and impact innovator, these companies can grow without compromising their social missions, as often happens when social enterprises use traditional funding sources. The goal of the Women’s Capital Collaborative, a gift-money fund, is to provide diverse forms of catalytic capital to women social entrepreneurs at critical moments. The leading contributors to the fund are women who want to drive deep social impact and level the playing field for women entrepreneurs.

“It’s very exciting to see our Women’s Capital Collaborative support innovative enterprises like these, and provide the funding they need to prosper, grow and expand their impact,” says Deb Nelson, vice president, client and community engagement, at RSF. The mission is vital, echoes Lynne Hoey, who as RSF’s senior director, credit and loan administration, is working directly with the entrepreneurs. “RSF has taken an intentional step to address the market failure in funding female enterprises by investing in these incredible mission-driven businesses.”

The new funding includes $906,000 in loans—the first four issued from the Collaborative—and two grants totaling $40,000. RSF previously granted $150,000 from the Collaborative to women entrepreneurs participating in a Shared Gifting Circle. Three of the four organizations receiving loans advance women by providing economic empowerment, education and other benefits in the U.S. and internationally. All four were founded by women and are pursuing significant growth opportunities.

Women like Yve-Car Momperousse, founder and CEO of Kreyòl Essence, which makes natural products with ingredients from Haiti and is formulated specifically for those with dry hair, dry skin and curly hair. A “Haitian girl born in Brooklyn who lives between Florida and Haiti,” Momperousse worked as director of diversity at Cornell University where she also received a master’s degree in international development with a focus on agriculture, prior to embarking on entrepreneurship. 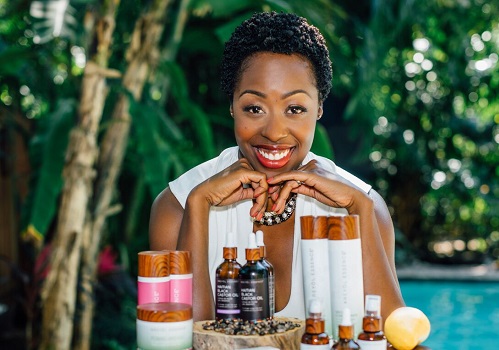 Momperousse launched her venture after experiencing a “hair-catastrophe” that saw her hair fall out after she had it straightened at a salon. Between tears, she was determined to find the miracle oil her mother had told her about, Lwil Maskriti, otherwise known as Haitian Black Castor Oil. When she couldn’t find any in her local store, Momperousse decided to make the “liquid gold” accessible to anyone who needed it.

“Running a multinational company is rewarding yet challenging,” admits Momperousse, who is simultaneously focused on scaling to increase revenues, cementing social impact – which requires raising capital – being laser focused on marketing and sales and growing the team. “Having sufficient capital and building the right team takes time and we are still working on both,” she explains. “As a true triple bottom line company, our farmers, female producers, and suppliers all stay employed as a direct result of our sales. This is always top of mind for us at Kreyòl Essence.”

RSF’s fund has proven instrumental in this regard, allowing Momperousse to concentrate on sales knowing there’s a line of credit to help fulfill orders from customers such as Whole Foods Market. “Receiving P.O.s is great but if a company does not have the cash flow to fulfill the orders then it’s counterproductive and can lead to loss of opportunity for an entire country,” she explains. “We are also able to allocate some funds to marketing to increase awareness about our premium and ethical products such as Haitian Black Castor Oil, which helps to promote hair growth and deal with dry hair, and Haitian Moringa Oil to moisturize and promote glowing smooth skin, naturally.”

The social entrepreneur emphasizes the importance of funds that focus on women-led ventures. “Across regions, studies show women entrepreneurs are less likely to have access to capital,” she says, citing the World Bank that says even when women have financing, the terms tend to be less favorable. It’s a surprising reality considering the many findings that demonstrate that when you invest in a woman, you support an entire community.

To wit: Kreyòl Essence is creating work for over 50 female producers, collaborates with over 300 farmers and is providing opportunities in the U.S. too, primarily for women. “This is not a gimmick for us,” she says. “Women are more efficient in our facilities both in Haiti and the US. We can take our work to the next dimension because of the access to capital we have received from RSF.”

Brittany Merrill Underwood would probably agree. She’s the founder of the Akola Project,  a rapidly growing jewelry business that employs women facing high barriers to employment. Translated as “she works” in the local Ugandan dialect, Akola was created in 2006 while Underwood was a sophomore at Southern Methodist University. Through training, dependable living-wage work opportunities and holistic programs, the initiative empowers women who then can transform their families and communities. 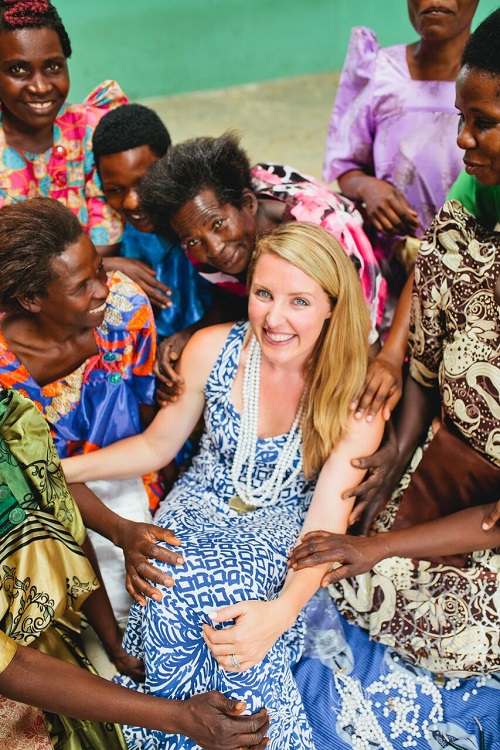 Akola Uganda has been in operation for 10 years and supports over 400 women who provide for close to 4,000 children in their communities. In 2015, Akola expanded to Dallas to train and provide jobs to women in urban poverty through production opportunities and a distribution center that serves as a second-chance job program. Akola Dallas has partnered with local nonprofits to provide work opportunities to more than 100 women in South and West Dallas.

Akola faces constant challenges as they grow and develop with their mission leading the way. “We are currently working on scaling our model as a retail brand so that we can further our mission to empower more women in their communities both domestically and internationally,” shares Underwood. And while they chose to structure the business as a nonprofit to ensure that women remain their key stakeholders and that all profits are reinvested into the social mission, that decision is not without obstacles. “Scaling a retail business under a nonprofit framework does have its challenges as it relates to funding opportunities,” she explains.

And that’s where impact investing initiatives such as RSF’s Women’s Capital Collaborative have proven invaluable, allowing Akola to find creative resources to develop a model for growth. They would not have been able scale the nonprofit’s retail business otherwise, states Underwood emphatically. “We’re continuing to grow our retail business as a result of RSF, which in turn provides job opportunities directly for women in poverty.”

Akola also received the capital needed to fulfill orders from their accounts with major retailers, including Neiman Marcus and the Home Shopping Network. “By providing Akola with a line of credit for purchase order financing, the Women’s Capital Collaborative has provided Akola with the resources to continue and expand its mission of empowering women in poverty to become agents of transformation in their communities,” she says.

These types of funds are crucial, Underwood reiterates. “At Akola, we know that women are the backbone of their families and communities, yet are often overlooked.” With the emergence of the social finance movement and impact investing, initiatives like RSF’s Women’s Capital Collective offer a real opportunity to not only make those invisible women visible but to enable sustainable and much-needed change in communities for years to come.

Elisa Birnbaum is the publisher & editor-in-chief of SEE Change Magazine and the host of its podcast. Her first book, In the Business of Change, profiling social entrepreneurs across the globe tackling challenges in their communities and their lessons learned, will be published this May.