Finding Beauty & Purpose in Discarded Objects: In conversation with the director of Scrap

What happens to all the stuff we throw out when they’ve outgrown their need or use? Do those items – and the intricate, interconnected parts at their heart –  retain any utility or meaning once discarded? According to the fascinating subjects profiled in the documentary Scrap, the answer is “absolutely”.  Directed by Canadian filmmaker Stacey Tenenbaum, Scrap – making its world premiere at this year’s Hot Docs Film Festival – is a fascinating look at the resourceful and creative people who collect, restore and repurpose the discarded items we leave behind. Along the way, the film offers a thought-provoking statement on our “throwaway culture” and the environmental impact of our waste, while reminding us that it’s possible to find beauty and purpose where others have lost interest.

Take Tchely Hyung-Chul Shin, a professor who designs bold architectural projects. The film follows his efforts rescuing material from a discarded cargo ship in Spain which he will use to build a modernist church in Seoul. Dean Lewis, meanwhile, transformed his family’s car scrap business into a car museum now boasting over 4400 historic cars. Sculptor John Lopez produces life-size sculptures of wildlife using machine parts and found objects. His sculptures can be found in private collections and public venues around the world. Then there’s Tony Inglis, whose family business is responsible for restoring over 2000 British phone booths. Many of the refreshed booths have been returned to the streets, while others ended up in films and other locations. 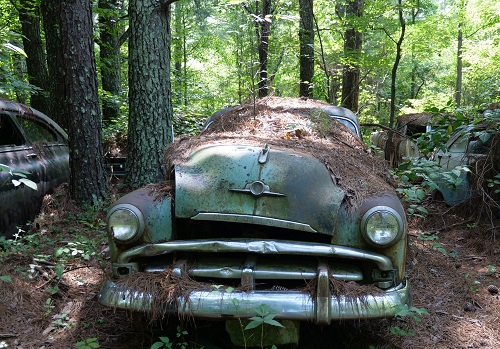 One of the more than 4500 vintage cars in Georgia’s Old Car City Credit: Parker Lewis

Ed Metka, a streetcar enthusiast and long-time environmentalist, revives old streetcars, believing that electric vehicles are key to tackling air pollution. A woman in Bangkok restored a discarded airplane, thus creating a home for her extended family (she pays her bills with the money tourists give them for taking pictures of discarded planes she oversees). And one of my favourite characters: Saumya Khandelwal is an independent New Delhi-based photographer whose personal work focuses on gender and environmental issues. We witness her documenting workers at an e-waste recycling facility in India.

The sheer magnitude of electronic waste (it’s hard not to imagine my old Blackberry being dismantled for parts in that very pile) is almost as shocking as the environment in which these workers earn their wages for hours each day. And, yet, these jobs provide food and clothing for their families so the takeaways are complex. What is our impact as consumers on the lives of workers in India? What role can we play in reducing, recycling and reusing? How can we find new meaning in discarded items? Just some of the many questions Scrap provokes in all of us.

SEE Change recently spoke with Stacey Tenenbaum about the inspiration behind her film, the fascinating subjects she found, and what she learned from their stories about the importance of finding joy and purpose in items left behind. 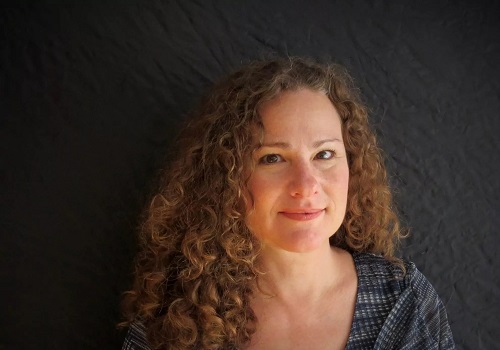 What was it (whether personal or otherwise) that inspired you to pursue this project?

I am fascinated by things that are old and carry their history. I live in a century home, collect antiques, and still have a landline! When I first came up with the idea for Scrap it was really the aesthetics of these metal graveyards that attracted me. I thought it would be interesting to make a film that could capture the stunning visuals in these places around the world where things like ships, planes and trains go to die. I knew these places had a strange beauty to them and wanted to explore why we feel so nostalgic when we see discarded things .

As I got deeper into researching the film, I recognized that behind the allure of these places there is a bigger story to tell about the objects left behind and our connection to them. We simply don’t think about things that disappear from our lives and don’t think about what happens to them once they’re gone. Phone booths are a perfect example. They used to be on every corner but all of a sudden they simply disappeared. Nobody stops to question where they went. I wanted to show where things end up so people could start asking those questions about a lot of the things that we are throwing away. I also wanted people who see the film to  develop a deeper appreciation for the things they use in their daily lives. I felt that if I could create this deeper connection between people and things, it could possibly help people to think twice before discarding. 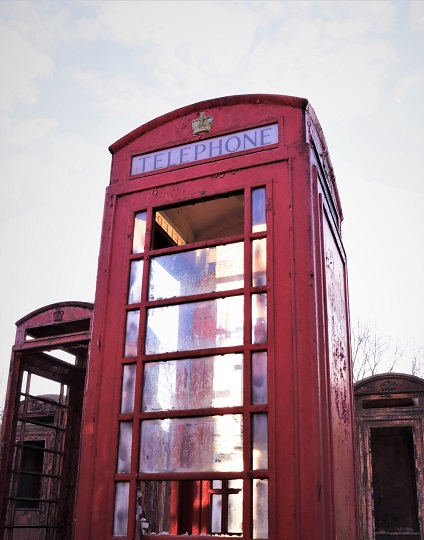 Every person you profiled in the film has such a unique story. How did you find them? What criteria did you use in your search?

When I first started researching the film I was looking mostly for giant metal graveyards around the world that would be interesting visually. My initial vision was that the graveyards themselves would be characters in the documentary.  As I kept working on the film, I became much more interested in our attachment to things that are discarded. I started looking for people who either had a deep connection to things at their end of life – like the owner of Old Car City and the owner of the vintage streetcar collection – or people who were working to up-cycle these giant metal things.

I found Tchely Shin, the architect making buildings out of old ships, when I saw an article about a ship building he had recently finished. I reached out to him to see if he had any other similar projects he was working on. I was very lucky because he had just started to work on his second ship-building when I got in touch. It was great timing!

I found the photojournalist in the film because I was looking into car scrap in India and she had done a beautiful photo series about Mayapuri, which was the largest car scrapyard in Asia at the time. I originally hired her as a fixer to help find characters in Mayapuri for me to film, but it turned out that she was working on a photo project about e-waste and I decided to include her as a character in the film instead. When I am looking for people to feature in my documentaries, I am always looking for somebody that has something interesting to say and who I think would be interesting to watch on camera. Usually a person’s passion about the particular subject will come through even in a short phone interview. If I can feel that passion then I know they will be good to film. 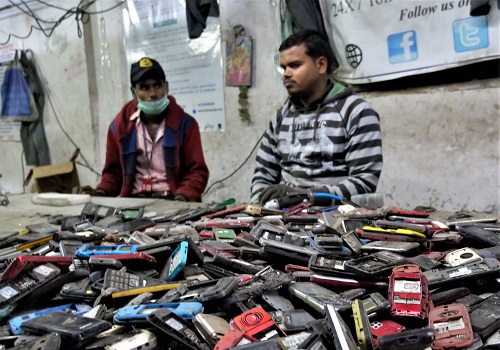 I was particularly intrigued with the photojournalist. While highlighting the problem of e-waste in India, she acknowledged the paradox in trying to reduce that waste: the facilities provide jobs for many. What can we learn from her story, the challenges ahead and the best steps forward?

Her goal with the photos of the e-waste recycling facility was to show people the magnitude of the problem in India. She wanted people to see what where these items end up after we discard them. The reality is that people are toiling in fairly extreme conditions to clean up this waste and the amount is growing exponentially each year. It is a complex issue since the recycling work is providing employment for some of the country’s poorest and most needy. E-waste will always need to be recycled so those people will not be losing their jobs any time soon. I think the issue is more about the scale of the problem – the huge and growing amount of e-waste we are creating.

As Saumya mentions in the film, India used to have a culture of repair and re-use which is being lost as the younger generation is embracing throw-away culture. I think the solution lies in going back to those older notions of buying quality goods, repairing them to extend their life, and thinking of creative uses for them once they can no longer serve their original purpose.  We need to pay attention to how things are made and spend our money on things that are made from materials which can be repaired, restored, and recycled. If we can make a dent in the amount of waste being created that would be a good first step.

Were there any unexpected “aha moments” in making this film? Did the end product align with your original vision? Why or why not?

I think the biggest realization for me in making the film was the deep attachment people can have to things like ships, trains, planes and streetcars. I realized that things do hold our history and our cultural memory and that there is something important about not losing these things so quickly. There is this feeling of nostalgia throughout the film that is created when we see these things from the past at their end of life. Things have meaning and there is a certain sadness we feel at their loss.

I think that cultivating our connection to things is really important to counteract throw-away culture which I feel is extremely shortsighted and deeply damaging to us as a society. So while my original vision of the film was more about mourning the loss of these things, it deepened as I made the film to be about mourning the values and a way of life I feel is also disappearing. 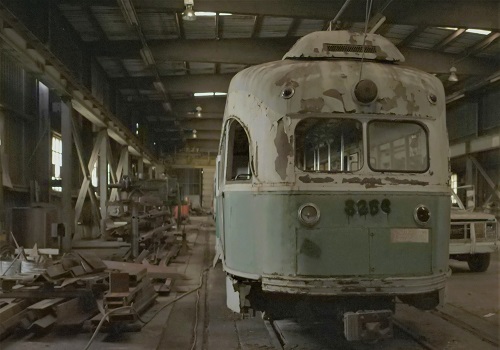 An old streetcar waiting to be sold and refurbished. Credit Stacey Tenenbaum

In your film we see how the creative class can play important roles in the reuse/recycle movement. What do you hope we can all learn from that?

I love that many of the people I featured in the film are artists! That actually was not intentional – it just kind of happened that I gravitated toward these artists who were either up-cycling, restoring, or using their art to raise awareness about the problem of waste. I think artists are often left out of big environmental discussions and I believe they do have a lot to offer. Artists come at problems in different ways and can propose creative solutions which can add a lot to the conversation about what to do about the waste we create.

I also think that art generally makes people feel good, which can be an advantage when it comes to motivating others to create change. Sometimes environmental problems seem so big and insurmountable that thinking about them can discourage people and keep them from acting.  If you can make people think about environmental problems, while at the same time making them feel good and giving them hope,  that can be a really powerful driver for change. I hope my film does that in some small way.

Scrap will be making its premiere at Hot Docs on Sunday, May 1, 2022. Online streaming is available for five days starting on MAY 2 at 9:00 AM.

Scrap has partnered with CNIB’s Phone It Forward program for their screenings and encourages audiences to donate eligible older cell phones at the theatre. The donated phones will be used to help provide a refurbished smartphone to someone who is blind or partially sighted. Donators will be issued a tax receipt.