Food Waste: What’s behind the global crisis & how can we address it?

Globally, we waste around 1.3 billion tons of food each year. That’s one third of all food produced for human consumption.

In a world with ever-increasing greenhouse gas emissions, a rapidly growing global population coupled with steadily decreasing resources, and an estimated 690 million people starving, we must ask ourselves: how did it come to this? 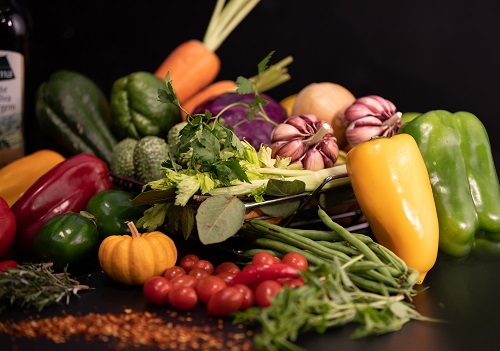 Photo by Diego Passadori on Unsplash

Why do we waste so much food?

Although there are many reasons as to why food waste has become so prevalent in today’s society, the biggest reason for food waste in the U.S. lies in our consumption habits. We buy carelessly and waste freely.

Perhaps most shockingly, the United States alone wastes almost half of its food supply each year.

The future of food waste

The United Nations has projected that the global population is set to reach 9.8 billion by the year 2050. Food production is predicted to struggle to keep up with the rapidly rising population, which means food waste is also set to grow. It’s glaringly obvious that if we do not make amends to our wasting habits today, the current global food waste crisis we are facing will pose an even bigger problem tomorrow.

The method to combat this is simple: the less we waste, the less resources will be used in production, less greenhouse gasses produced, and the easier it will be to meet the demands of the growing population.

What is being done?

Action against food waste is being taken at every stage of the supply chain. From the producers and distributors to the consumers and buyers, everyone has a role to play in the reduction of waste.

Some countries are paving the way in the fight against food waste. The Norwegian government has signed an agreement to cut food waste in half by 2030 and French law actually forbids food waste by supermarkets, making them instead donate surplus food to charities or food banks.

Raising awareness in schools through educational campaigns is also playing a key role in aiming to reduce and prevent food waste as well as the negative related socioeconomic and environmental factors that come with it; Japan is just one of many countries focusing on education as a potential future solution.

There are also a myriad of new and innovative apps which combat food waste at the consumer stage. Flashfood is an app which allows grocery stores and restaurants to sell surplus foods approaching their ‘best before’ date at discounts. Food For All tackles restaurant wastage by connecting users with restaurants one hour before they close and providing them with discounts of up to 80% on what would otherwise become waste. These are just two examples of many different apps we can use in our daily lives to help solve the problem, but that’s not all.

What can we do?

Global food waste is a big issue with significant financial, ethical and environmental consequences. However, since most food waste in the U.S. occurs at the consumer level, there are plenty of opportunities for consumers to make a real difference with a few simple adjustments to our daily lives.

Buying produce seasonally and locally is an obvious example of how we can reduce the carbon footprint of our plates. Not only do the seasonal vegetables at your local market support local farmers, they have a much shorter journey to your bag than the Australian avocados found at the supermarket. This shorter trip generally also means less food waste along the way.

One of the most important things we can do is educate ourselves on food labels. We are all guilty of throwing away items because the ‘best before’ date has passed. What most of us don’t realize however is that this date is rather arbitrary and is only the manufacturer’s guess at how long the product will remain fresh.

The only acceptable time to throw away food is when it is truly inedible, when it is, be sure to compost. Composting keeps food out of landfill and drastically reduces the amount of greenhouse gases from rising by doing so. The impact of composting is so huge that the FAO has stated that home composting can potentially divert up to 150kg of food waste per household.

Food waste is a global crisis shared by all. We must all take responsibility and play our parts in ending this problem any way we can. The good news is, by simply changing our consumer behaviours and making simple adjustments to our daily lives, everyone can make a significant difference which benefits ourselves, our neighbors and our planet.