The Former Private Eye Who Turned His Lens Onto Helping Nonprofits

Bill Kizorek has been on the map for over three decades, and all over it too! With over 150 countries, 10 books and two prosperous companies to his credit, Kizorek, 71, is a living success story. His contributions to the surveillance industry have been revolutionary, and he has used that success to jumpstart a new venture, creating dynamic mini documentaries for nonprofits with family-run business, Two Parrot Productions.

Kizorek’s success story began at 15 years old when he started working at his uncle’s private detective agency. Those investigative skills served him well during military tour in Vietnam, where he led over 90 undercover operations to seize narcotics being sold to the U.S. Army.

After founding his own private investigation company, InPhoto Surveillance, Kizorek became a leading authority and author, appearing on all major TV networks and handling over 250,000 cases in 130 countries.

Two decades later, the investigator sold InPhoto and decided to take a different path. After an round-the-world trip with recently-graduated daughter Jessica, Kizorek decided to launch Two Parrot Productions. The company is based both in Miami and the Chicago suburbs, where Kizorek still lives. 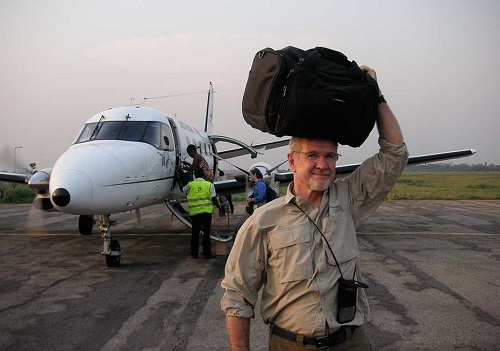 After over fifteen years in business, they’ve certainly found a lot to cover. Two Parrot has worked with the World Bank, Doctors on Call for Service (DOCS), World Concern, Lions Club International Foundation and Lutheran World Relief, Coca-Cola, and the Special Olympics. They even have the United Nations High Commissioner for Refugees (UNHCR), Make A Wish Foundation and the U.S. Department of Justice on their client list.

When asked about the qualities that have made his businesses so successful, Kizorek listed “inquisitiveness, honesty, perseverance and an engaging writing style,” all of which could be found in a good private investigator’s job description. Despite the similar qualifications, however, Kizorek pointed out that the craft and approach to the two industries are very different: “Detectives and journalists search for facts. Intrinsic to the understanding of the professions is that there will be honesty in the reporting. At Two Parrot, we ask the questions, we write the script in order to craft a film which engages and evokes an emotional response.”

Although technically retired since 2016, Kizorek continues to contribute to the company’s many projects, and pursues his own productions during his frequent international travels. His co-founder and daughter, Jessica Kizorek, has taken over as the dynamic owner of Two Parrot Productions, and passionately pursues cutting-edge technology and innovations in videography to further the company’s mission:

She is also the founder of marketing brand Badass Businesswomen, and an ardent speaker, activist, and diplomat. Two Parrot’s current project, “Eyes On Your Mission” (EOYM), helps nonprofit organizations who lack the necessary funds market themselves, tell their story, and appeal to a larger audience. Since 2015, EOYM has offered free and partially covered grants to a select number of organizations annually.

In 2016, they launched a film academy for high school and college students in Miami with the Florida International University and Miami Northwestern High School. EOYM then continued to Chicago to create their first academy program with the Coleman Foundation and the Self Employment in the Arts Conference in February 2017. They hope to continue a national rollout of the program to many major cities across the US.

For more information about Two Parrot and EOYM, visit their website

Leanna Johnson is the founder of Lost Lass, a freelance journalism brand. Her mission is to discover and create multimedia stories for businesses and media outlets.