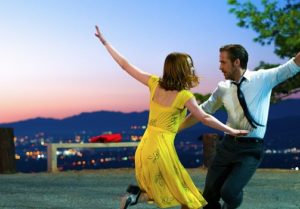 In the recently released movie, La La Land, two aspiring artists navigate the demands, expectations and sobriety of the “real world”. Mia (Emma Stone) is an actress with consistently disappointing auditions who moonlights as a coffee shop barista, while Sebastian (Ryan Gosling) is an old-school jazz musician, a purist with dreams of opening his own jazz club, who’d rather lose money than play simplistic holiday jingles at a restaurant.

The movie’s other prominent character is Los Angeles. In some scenes it’s portrayed as a bright ‘n cheery place where dreams really do come true. In others, with its mask unfurled, LA is painted with gloomier brushstrokes of rejection and disappointment. At various points in the film both characters reconsider their “foolishness” and contemplate trading in their dreams for more grown-up (read: realistic) pursuits. Lucky for us – and them – they come back to their (non)senses.

In one pivotal scene, Mia is asked to relate a personal story during an audition. She proceeds to sing (this is a musical, after all) about a beloved aunt, a fellow dreamer, fool – and apparent role model who lived life to the fullest, skeptics be damned. The song is a powerful homage to the fool in our midst: “Here’s to the ones who dream, Foolish as they may seem, Here’s to the hearts that ache, Here’s to the mess we make….So bring on the rebels, The ripples from pebbles, The painters and poets and plays…”

“La La Land stands as an ode to the dreamer, a tribute to the folks who take risks, who stand tall and strong in face of naysayers and disbelievers – often themselves included”

In many ways it’s the story of writer-director Damien Chazelle who was repeatedly denied the chance to make the movie. But this dreamer didn’t give up, pulling off the passion project after six years, a testament to the power of foolish pursuits. As he stated in an interview, “I wanted the movie to be a love letter to not just dreams, but to the kinds of dreams that society often mocks.”

And that’s the point. The world needs dreamers just like it needs realists whose feet never soar beyond the puddles on the pavement. Dreamers yearn for a better world, a better life. They infuse our possibilities with colour, awe and wonderment. Dreamers believe in something bigger than ourselves, even when it’s deemed impractical, unrealistic. They question the status quo and convention, regularly defying them and their assumptions, and always ask for more – of themselves and of others. 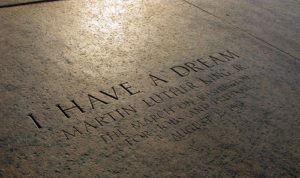 Dreamers give us pause, inspire contemplation, push boundaries and force us beyond comfort zones, begging us to see beauty in the ordinary. Dreamers gave us Harry Potter, Facebook and Apple. But dreamers were also suffragettes, civil and human rights activists, environmentalists and peacemakers. Like Mia, Sebastian and Chazelle, they believe that life is not fully realized without those dreams.

I spend a lot of my time writing about dreamers – social entrepreneurs, changemakers, who are often dismissed, rejected outright for their seemingly utopian fantasies, for believing in the value of social currency, business as a force for good, peaceful coexistence, among other fantastical illusions.

Some called me a dreamer too when I launched SEE Change Magazine with the belief that storytelling focused on social change and social good was a valuable endeavour, that providing a platform for inspirational stories about changemakers could help other fools gain the courage to follow their own dreams. But with social entrepreneurship on the constant rise and with readers asking for more content exploring that intersection of profit and purpose, can it be dreamers are actually onto something?

On Christmas/Chanukah eve, an old acquaintance passed away after a long struggle with cancer. In his mid-40s, he died way too young. He often blogged about his battle but, not a fan of hyperbole, he instead offered an eye-opening, matter-of-fact narrative of life with cancer. Despite the rough road, he never stopped believing in the possibilities, whether a new drug, a new study, a new approach to manage his pain and provide him more time with loved ones. His pursuit was relentless and heart-wrenchingly admirable; his words instilling awe and melancholy in equal measure.

Life is precious and can never be taken for granted. So if you have a dream, embrace it and take every step possible to realize it. Don’t let fear or critics sway you. Start that business, pursue that innovation, do what you can to change the world, jump in deep, travel far, get your hands dirty, your feet wet, enter that contest, ask her out, speak up, shout out in the face of injustice. But above all, believe in your dream because no one else will believe in it for you.

Here’s to a New Year filled with dreams and foolish contemplation. Here’s to believing in the possibilities, in the pursuit of those things which may cause your heart to ache but fill you with wonder, vibrancy, life and love. Here’s to the ones who dream, foolish as they may seem.

Elisa Birnbaum is the co-founder, publisher and editor-in-chief of SEE Change Magazine.