Lenders Missing Out On Growing Market of Women of Color Entrepreneurs

Women of color start businesses at a faster rate than anyone yet remain underserved by lenders. That’s both an equity problem and a missed opportunity for banks. It’s also an entirely fixable situation—after listening to these entrepreneurs’ experiences, it’s clear what needs to change.

I sat in on a two-day convening of 20 women of color business owners as part of a research initiative that also involved 75 in-depth survey responses and more than 40 hours of individual interviews. The findings, compiled in the new report Redesigning Lending: Improving Access to Capital for Women of Color Entrepreneurs, verify earlier research while providing new insights into how the loan process blocks women of color entrepreneurs from getting the capital they need to grow their businesses.

This is more than just a personal challenge for individuals—it’s a drag on entire communities that have long faced structural barriers to creating wealth and economic security. Just one data point: A 2019 McKinsey analysis found that closing the racial wealth gap would add $1 trillion to $1.5 trillion to the U.S. economy in 2028. One way to move toward that goal is to reimagine the lending process—a project that will benefit women of color entrepreneurs as well as most other business owners and lenders themselves. 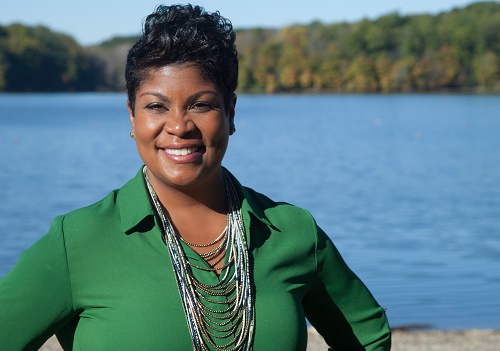 The Redesigning Lending study was conducted by Impact Experience as part of CNote’s Wisdom Fund, a collaborative initiative with five community development financial institutions to increase access to capital for BIPOC women business owners and improve their lending experience. Researchers heard an earful on what needs work.

Many women participating in the study said the loan application experience was so awful they’ve abandoned pursuit of debt capital. A majority found the process absurdly labor-intensive and opaque, with drastic differences between lenders, significant application processing delays and high unexplained denial rates. They were taken aback when long-standing personal banking relationships did not improve their access to business lending, and they were frustrated by unrealistic deadlines for documents and lack of clarity around terms.

“I was denied loans from several community banks and credit unions. I had credit cards with limits higher than the loans they were offering. When I asked them to tell me what I can do to get larger amounts of money, they said that wasn’t their role,” recounted one owner of a health care business.

There’s a lot going on in this story and in others I heard—more than 87% of participants felt that race or gender bias led to unfair treatment—but the process issue is a straightforward case for industry collaboration. The report recommends standardized applications and shared portals across multiple financial institutions. That would not only reduce the time and administrative burden for business owners, but also increase the borrower pool for lenders.

It’s long past time to update creditworthiness standards. A 2018 Experian study found that 78% of lenders believe alternative credit data improves financial inclusion, and women of color agree. I heard painful testimony from these women about the psychological effects of credit scoring, which sidelines “thin file” applicants by disregarding payment histories for expenses like rent and assets like long-term contracts. The effect of exclusion is also practical: 69% of study participants were looking for working capital but couldn’t find a lender that offered credit lines or didn’t qualify for a meaningful amount.

“Not everyone has a property they can put a lien on. My experience with lending is that the lender expects you to work miracles with $5,000,” said the owner of a retail cosmetics business. “We don’t tend to get the ‘let me build a business’ money. We get the ‘we feel bad for y’all, let me give you a little bit’ money.”

Revamping credit scoring to consider a wider range of risk-related borrower experiences would be a huge step toward leveling the field for women of color entrepreneurs.

Invest in women of color like they invest in their communities

A 2017 Association for Enterprise Opportunity report found that the median net worth for Black business owners is 12 times higher than for Black adults who don’t own businesses. And the multiplier effect of a small business loan to a woman of color is hard to overestimate. More than half the participants in the Redesigning Lending study gave time to their communities as well as their businesses, serving as caregivers, school volunteers and board members. These women are working to build legacies and raise up communities that are healthy and safe for their children and grandchildren.

Lenders have an opportunity to better meet the needs of these potential customers and contribute to thriving communities. Funding businesses led by women of color with the flexible debt instruments they’re seeking at a level that supports growth will jump-start wealth creation in the places where it’s most needed.

The entrepreneurs I met are fully capable of succeeding in business—they already are, despite the barriers in their way. Women of color historically have been very creative because they had to be and have built things out of necessity and grit. If they could get the same access to capital as their white and male peers, they could also build the kind of generational wealth that others have historically taken for granted.

Danielle Burns is vice president and head of business development at CNote, a women-led community investment platform with a mission to close the wealth gap.