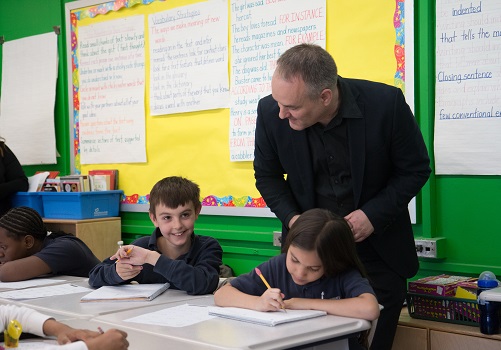 Math-phobia is a regular occurrence for Canadian students who often shy away from the fearsome and seemingly complicated subject. It’s no surprise that half of sixth graders in Ontario, Canada failed to meet provincial math standards last year.

But John Mighton, playwright and former math tutor, believes it doesn’t have to be that way. He founded JUMP Math (Junior Undiscovered Math Prodigies) to counter that phobia and the all-too-common frustration he saw students face under the current teaching style of mathematics. A numeracy program at its core, JUMP Math is also a support system that seeks to revolutionize math instruction in elementary schools. The idea is, by reducing the intimidation factor many students feel towards math, the subject can be more effectively taught and understood, building students’ confidence and self-esteem in the process.

Every student has the potential to be great at math, according to Mighton who was this year’s winner of the Egerton Ryerson Award for Dedication to Public Education.

JUMP Math provides teachers with detailed lesson plans that reduce difficult concepts to manageable, incremental steps that students can master, one at a time. The “guided discovery” technique is the basis of the program, where students are meant to discover the answers to problems on their own, with support from the instructor. Instead of passively leaning from teachers, students are actively participating.The balanced approach to instruction is less focused on repetition of problems and more focused on discovery and understanding, making it more likely for students to succeed rather than become discouraged. 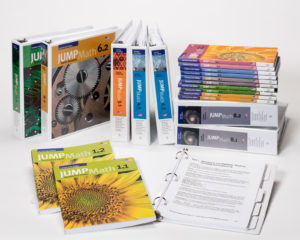 According to Mighton, “success breeds success,” meaning that the more success a student experiences, the more confident they become when tackling future problems. Which is why the program is flexible in its applications and can be used not only in schools but also by tutors, or even right at home. When a student realizes they have the power to succeed at a subject, it catalyzes their interest and confidence to continue on, and achieve what they previously thought was impossible.

JUMP provides teacher training and professional development, as well as guidebooks and lesson plans that can be purchased for home use. The detailed instruction manuals provide step-by-step support and examples to help walk students through difficult concepts. Extra help for struggling students are also included.

And it seems the program is working. Currently being used by nearly 150,000 Canadian children in over 400 schools, tutoring programs and at home, JUMP has gained quick ground in the U.S. and beyond too. During the 2015-16 school year, for example, the Discovery Charter School in Rochester, New York, piloted JUMP Math in its third and sixth grade classrooms and saw its students significantly outperform the Rochester City School District in math on their state tests. The same cohort that achieved a 5% success rate in fifth grade (2014-15) achieved a 30% success rate in sixth grade.

What’s more, two schools in the Bronx and three Brooklyn schools are now piloting JUMP Math thanks to funding from the Tortora Sillcox Family Foundation and a partnership with the New York City Math Project at Lehman College. 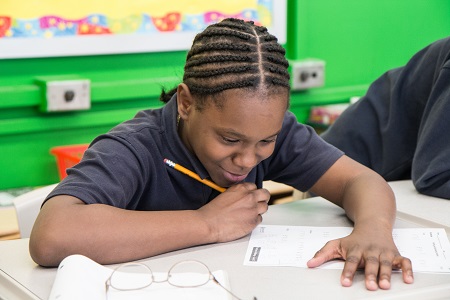 To be sure, JUMP and its founder Mighton have been winning awards and accolades since JUMP Math began in 1998 and became a registered charity in 2002. Adjunct Professor in Mathematics at the University of Toronto, Mighton received the Order of Canada, is an Ashoka International Fellow, winner of two Governor-General’s Awards for Drama and the prestigious Siminovitch prize. Add to that the Schwab Foundation’s Social Entrepreneur of the Year 2015, the Trico Foundation’s Social EnterPrize Gold Winner Award 2015, and the Ernst & Young Social Entrepreneur of the Year for Canada 2014.

JUMP Math also just won a 2016 WISE Award, only the second time a Canadian organization has received this international recognition.

While focused on enhancing children’s mathematical potential, an equally significant component of the program is its investment in research to further our understanding of math education. And that commitment has long-term impact. By reinventing our approach to how we teach math, using new research in cognitive science and exploring how the brain processes information, we are laying the foundation for a more successful generation of future leaders. A priceless calculation indeed.