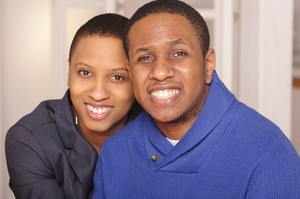 My brother, Troy, has autism. Like many other special needs families, our family portrait consists of a whirlwind of acronyms (EIP, IEP, PECS, ABA, SI, IBI, DSM), with us clinging to each other and our sanity in the centre of it all. Like many others affected by autism,  my siblings and I gained the ability to switch among the roles of sibling, parent, friend and teacher from moment to moment.

We developed eyes in the back of our heads, ever alert to threats and dangers. We learned to deflect passive-aggressive blows. We did whatever we could to support Troy’s early development. Ask anyone who loves someone with autism and they’ll tell you that’s just the way it is.

As Troy grew up, we became aware of something. Behind his infectious laugh, his innocent gaze and his pure spirit was the question that all special needs families face: how will my child survive when I am gone? When Troy graduated from high school, the question stared us in the face. Yet, there was no answer. The world lacked structure and support for his needs as a young adult and there were few options available to help him. It was heartbreaking because I knew he was yearning for more: more skills, more socialization, more options, more freedom.

I decided to do something about it. I entered and won the Centre for Social Innovation‘s social business competition and founded a company dedicated to building simple, consistent and engaging tools to support people with special needs in all areas of life. I called it Magnusmode, building the concept around a quirky character called Magnus. I was mentored throughout the competition by Julie McDowell, an experienced entrepreneur and angel investor who is just as passionate about supporting people with special needs as I am. After the competition, we collaborated with Centennial College and Autism Ontario York chapter to develop and test the prototype for our first program: Magnus Cards.

Meet Magnus and his Cards 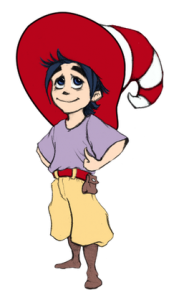 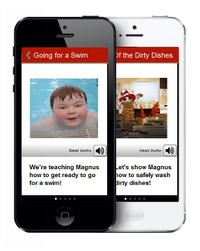 Magnus Cards are displayed on a computer, tablet or mobile device to guide people with special needs through common tasks and situations. Though they mimic the appearance of conventional collectible cards, Magnus Cards are much more. They can incorporate sound and pictures and their contents are customizable, allowing each Card Set to reflect both the interests and the functioning level of the person they are supporting. Each Card Set presents a life skill or other activity as a series of manageable steps: the person with special needs works through the steps at their own pace, able to return to a previous step when necessary.

Watch this video to see Magnus Cards in action: http://youtu.be/PTo-drmgsD8

With support from the Government of Canada and early private investment, we were able to launch an online trial and received immediate response from 300 people in 27 countries worldwide. With fans and supporters in the United States, United Kingdom, Ireland, Australia, Canada and numerous emerging countries, it became clear that there was a global need for Magnus Cards.

We’re calling all special needs families to move beyond the big question and take a step towards the answer. Magnus Cards provides a continuum of support for the special needs individual from the high school transition period to their adult years and beyond. Parents can give their child a customizable, affordable and useful toolkit that will help them to live with greater independence and freedom.

Parents everywhere believe in Magnus Cards. They believe in a future with a simple, consistent and affordable solution for their child’s support needs. And they believe that future is possible when they have that extra support and structure. Give Magnus Cards a try and see how the structure it provides can help your child live with greater independence, self-confidence and freedom.

Get Magnus Cards and join us today at: http://igg.me/at/MagnusCards

Nadia Hamilton has spent over ten years advocating for her brother who has autism and providing therapy and services for other families impacted by ASD. She is an experienced, accredited support worker with training in Applied Behavior Analysis. She is Founder and Managing Director of Magnusmode Ltd., an award winning business dedicated to helping people with special needs live happy, full and meaningful lives in regular society.

Anil is founder and former Executive Director of Framework, the charity that runs the Tiimeraiser. He is now Partner at GrantBook, a social purpose business helping Foundation’s become more digitally enabled. Over the course of a decade, he has written, reported and/or reviewed 2,500 grant proposals from both sides of the Grant Seeking and Grant Making ledger. His current area of inquiry is:“what are the skills and capabilities that high performing organizations need to thrive in the digital economy.”