Meet the People Saving Seafood – and the Ocean Ecosystems 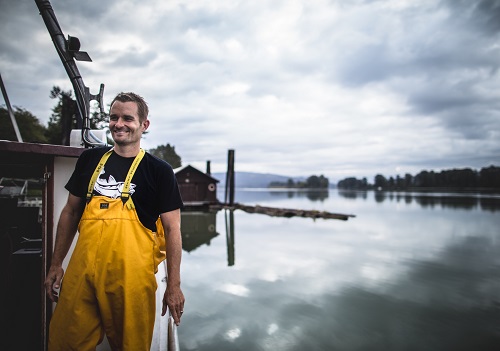 There are two sides to every story, and as manager of the annual Seafood Champion Awards for the nonprofit SeaWeb, I am in the enviable position of having a grandstand view of the bright side of the seafood supply chain. It is part of my job to read hundreds of stories a year about people doing amazing things to protect sea life.

I can report that social entrepreneurship is alive and well in seafood—which is important because seafood is often a community-managed resource and provides economic opportunity. Among our finalists are for-profit companies acting like nonprofits, small nonprofits acting like enterprises, and collaborations between companies, nonprofits, and government that are driving social innovation.

This year’s crop of finalists is as star-studded as I’ve seen. Take Sea Pact: This nonprofit was created by nine North American seafood companies—competitors, all—who have pooled their resources and given $335,000 thus far to fund fishery improvement projects. Where’s the profit? Waaay down the road, in a future where seafood is abundant, healthful, and profitable.

Because of the wide variety of species and production and catch methods, and the dominance of small operators, seafood lends itself to innovation. While nominees in our Innovation category often deal in highly technical solutions, there is a point when the heart of the story shines through the cloud of detail, as it did when I read that fisherman Karl Warr of New Zealand had invented a cheap, easy-to-install device that significantly decreases mortality of juvenile fish and sea turtles in trawlers’ nets.

Aquaculture entrepreneur Bill Mook is also a social entrepreneur and is nominated in the Advocacy category. Puzzled by mysterious productivity dips in his Maine oyster hatchery, he conducted an investigation that revealed a troubling link between these dips and precipitation—an “aha” moment that drove him to start educating shellfish farmers and speaking out internationally against ocean acidification.

Some finalists cloak fierce determination in a decorous mantle, like Advocacy nominee Caleb Otto, Permanent Representative of the Republic of Palau to the United Nations. From that august podium, he has championed the 10×20 Initiative, which calls on U.N. member states to declare 10 percent of their waters Marine Protected Areas by 2020. 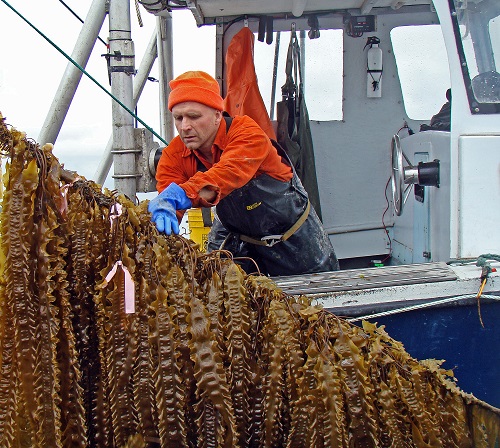 Members of the International Pole & Line Foundation are not diplomats, but they should be. This tiny nonprofit teamed up with the Republic of Maldives to protect a fragile tuna resource in the Indian Ocean by engaging in a sort of seafood shuttle diplomacy. Together, they wheedled and cajoled and browbeat seven of their neighbors to come to the table and, for the first time ever, agree to protect a tuna species before it was in dire straits.

In the never-say-die category, however, it would be hard to beat the Marine Research Foundation, an imposingly named three-person team that spent nearly 10 years doggedly wooing Malaysia away from entrenched opposition to turtle excluder devices, or TEDs, which keep turtles out of shrimpers’ nets. When fully implemented, Malaysia’s TED program will save an estimated 4,000 endangered sea turtles a year.

On the high side of the drama scale is Leadership nominee Susi Pudjiastuti, a tattooed, cigarette smoking, self-made Indonesian businesswoman best known for blowing up illegal fishing boats in a dramatic public display. As the country’s Minister of Marine Affairs and Fisheries, though, she is also quietly imposing measures against unsustainable fishing. She has banned the use of bottom trawlers and other destructive catching devices; led the fight against illegal, unregulated and unreported fishing in her vastly dispersed island nation; and fought against the use of forced labor on fishing vessels.

It’s getting harder to become a Seafood Champion. The bar keeps rising. Ten years ago, achieving Marine Stewardship Council sustainability certification was groundbreaking, but this is no longer the case. Four years ago, a restaurant or chef serving only sustainable seafood was showing rare leadership. Today, sustainability is a mainstream characteristic of the quality restaurant menu. Nonetheless, two chefs—Matt Beaudin and Ned Bell—have upped the ante significantly.

Chef Matt is sourcing not only sustainably, but locally as well. Over 99 percent of the products used in his kitchen at Monterey Bay Aquarium come from less than 90 miles away. In Tijuana, Mexico, Matt worked to pilot an aquaponics program at two orphanages supporting children who are terminally ill with HIV. Chef Ned Bell of the Vancouver Aquarium has made sustainable seafood his mission. In 2014, Ned rode his bike 8,700 kilometers across Canada, hosting 20 events alongside some of the best chefs in the country to raise awareness about sustainable seafood.

This is far from a definitive list—we have 16 finalists in four categories this year, all with fascinating stories to tell about their role in seafood sustainability.

The community itself has raised the bar, and the Seafood Champion Awards have helped with that heavy lift by rewarding leaders and inspiring new leadership—the currency of social change.

Every year, as SeaWeb prepares to launch its call for nominations, I wonder: Are we done here? Have we picked all the low-hanging fruit? Are sustainability goals getting just too hard to reach? These aren’t idle questions. The challenges are real. But 11 years into this mission, the nominees for the Seafood Champion Awards still surprise me, and reassure me that we’re not running out of heroes.

Marida Hines is a senior program manager at SeaWeb, a project of The Ocean Foundation. In addition to the Seafood Champion Awards, Marida manages stakeholder engagement and scholarship programs for SeaWeb’s annual Seafood Summit sustainability conference. Marida also brings more than 20 years’ experience in marketing communications to SeaWeb’s web, email, and media outreach. A Maryland resident, she’s also lived on the Chesapeake Bay in Virginia, on the Mediterranean Sea, and near the English Channel, all places that have inspired her to work for the ocean’s health and seafood resources.