A New Way to Get Crucial Funding to Female Entrepreneurs 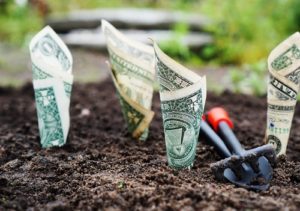 The progress of women in senior corporate leadership has been “glacially slow,” as the Harvard Business Review recently reported. In 2004, women held 20 percent of senior executive roles in the U.S. and 22 percent in Canada. By the start of 2017, the numbers had barely budged—women made up 23 percent of executives in both countries. The picture looks even worse when you focus on entrepreneurs. Between 2011 and 2013, companies with a woman as CEO received just 3 percent of venture capital investment: a $1.5 billion sliver of a $50.8 billion pie.

These are depressing figures, particularly because enterprises run by women are just as likely to be successful as those run by men. So why are female entrepreneurs so often overlooked and underfunded?

Unconscious bias is real. And academics are discovering that it can drive decision-making in the business world. A study led by Harvard Business School found that investors had a strong preference for pitches presented by male entrepreneurs, even when the content of men’s and women’s pitches was identical. In fact, in one test male entrepreneurs were found to be 60 percent more likely to receive funding than their female peers.

Unconscious bias goes some way toward explaining the funding gap. But it’s not the only problem for women seeking to get their enterprises off the ground.

Venture capitalists typically look for ‟hockey stick” growth: exponential growth in revenue, sales or users. Many of the women I meet are launching organizations that have a positive social or environmental impact—in addition to providing a valuable product or service—and these ventures tend to have a sustainable but more gradual growth curve. That means they often lose out, even if they have a greater potential to deliver value in the long term.

Despite the huge potential of women-led enterprises, very few investors are actively trying to close the funding gap. A handful of women-led VC firms support female entrepreneurs, but, given the chasm between the amount of funding going to women and the amount going to men, we need to do much more.

That’s why RSF Social Finance has launched the Women’s Capital Collaborative, a philanthropic initiative designed to help women get the funding and support they need to thrive and grow. Our integrated capital approach makes this new fund unique: In recognition of the fact that entrepreneurs need different forms of capital at different stages of growth, the Women’s Capital Collaborative provides a mix of loans, loan guarantees, investments and grants, as well as access to a network of advisors who can supply much-needed expertise at short notice.

We are collaborating with a pioneering impact investor who pledged $1 million to kick off the Women’s Capital Collaborative (and who wishes to remain anonymous). We also received a $1 million donation from a generous mother-daughter pair, and we are raising an additional $2 million. We will begin deploying integrated capital to support female entrepreneurs in the coming months.

We are committed to diversity and inclusion, and have a strong pipeline of diverse, women-led social enterprises that could be a fit for the Collaborative. We’re looking for entrepreneurs who have proven they can leverage their enterprise to solve an environmental or social problem or to empower women and girls, and who have an inclusive leadership and management approach.

“We’ve learned from the rain forest, working in the Amazon all these years, that Darwin’s studies have been misinterpreted. It’s not survival of the fittest. It’s survival of the collaborative,” says Lynne Twist, co-founder of the Pachamama Alliance, author of The Soul of Money, and a Women’s Capital Collaborative supporter. “And women are naturally collaborative. It doesn’t mean we can’t compete. Sometimes we can, and sometimes we should, and sometimes we will. But our capacity to collaborate is really the way forward on this planet. So, I love the Women’s Capital Collaborative.”

We’re excited about bringing the integrated capital approach to a broad spectrum of women-led enterprises because we know it works. One recent example: RSF organized a customized mix of funding for Veritable Vegetable, a women-owned organic produce distributor in San Francisco. They’re the oldest distributor of organic food in the U.S., and they’re exceptional in their commitment to making every business decision based on their values. 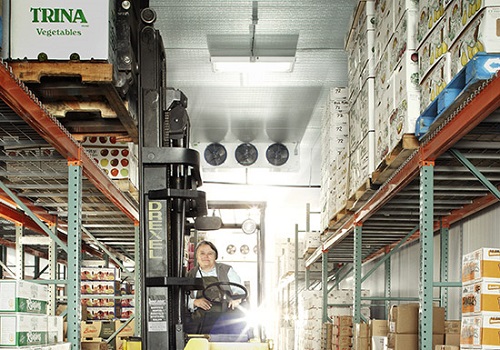 Veritable Vegetable needed more space to meet growing demand for their services. They found a warehouse rental, but it needed $4 million in renovations — and because they reinvest all revenues back into the company, they lacked the down payment required for a loan. RSF pulled together a combination of grants, a loan from our Local Food Collaborative, and loans from our funder network to provide the cash needed. We then made a $1.6 million term loan to the company and brought in one of our banking partners to do the same.

As a result, Veritable Vegetable is able to continue to grow while maintaining quality and pursuing initiatives such as a program to better serve smaller customers, many located in food deserts.

As our lead donor has said, “Women are not equally invited to the discussion table. Their knowledge is not engaged, and that is a real loss to our society.”

We can’t afford to wait for venture capitalists to wake up and start funding women-run enterprises, so it’s encouraging to see others also stepping forward with efforts to support women entrepreneurs. We are collaborating with as many people as possible to create a more balanced economy that works for everyone. Solutions such as the Women’s Capital Collaborative can ensure that women get the funding they need and deserve. That will be good not only for them, but also for our communities and the economy as a whole.

Deb Nelson is vice president, client and community engagement, at RSF Social Finance, an innovative lending, giving and investing organization based in San Francisco. Prior to joining RSF, she was executive director of Social Venture Network, a community of mission-driven entrepreneurs and investors.