“I am hoping to change the negative narrative about mental illness and break the stigma in a way that respects consumers’ religious and cultural beliefs. My work does not seek to challenge but educates community members with the hope that over time they have more faith in available mainstream services,” Kuwana said. 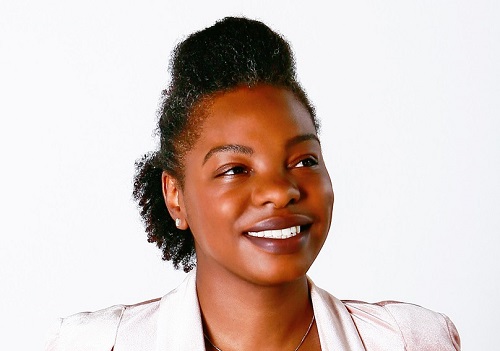 Mindframe, the Australian government’s initiative to support the representation of mental illness in national mass media, found that “over a quarter of a million first generation adult Australians from culturally and linguistically diverse backgrounds (CaLD)” are estimated to experience some form of mental disorder within the first twelve months of relocation.

According to the 2011 Australian Bureau of Statistics, there were 5.3 million immigrants nationwide, meaning that 1 in 4 Australians residents were born overseas. Nearly half a million of them claim an African country as their birthplace.

In 2010, the Australian Human Rights Commission released its first national review of the needs of African-Australian communities. Entitled In Our Own Words, it recorded immigrants’ experiences from their own point of view.

“The issue of stigma associated with mental health was seen as a major barrier to seeking help,” the study stated, and suggested using “cultural values and belief frameworks to empower communities to address the issue in ways that are most appropriate for them.” Researchers also found a severe lack of information and education available on the backgrounds, culture and previous traumatic experiences of African Australian communities and refugees.

After training as a psychiatric nurse in Britain, Kuwana moved to Perth, Western Australia

in 2008, where she spent the next seven years working in a variety of mental health fields, from substance abuse and eating disorders to childhood and adolescent services. Her professional experience on multiple continents gave her valuable insight into the scope of mental illness across cultures.

“I realized mental illness is global and does not discriminate. Anyone can experience mental distress regardless of race, gender, ethnicity or socioeconomic status.”

In many African cultures, mental illness is thought to be caused by external forces closely tied to local beliefs and often attributed to supernatural powers, demons, misfortune or evil spirits. There are also few explicit terms for psychiatric distress in a majority of African languages.

According to Kuwana, most attempts at mental health recovery in African cultures begin with traditional healing and religious practices, and often don’t take place until the symptoms have become acute or even irreversible. She herself did not have much of a chance to explore the topic in her country growing up because “we just did not talk about mental illness.”

Instead, mental health symptoms are expressed in physical terms, a condition known as “somatization”. These can manifest as bodily aches, unexplained pains, and high blood pressure.

After sustaining a shoulder injury in 2015, Kuwana was declared unfit to return to clinical work due to weakness in her left side. She said, “Being a mental health nurse is all I knew and I struggled to accept that I would not be able to work in the industry I loved.” In the months that followed, Kuwana struggled with her mental health. Her doctor told her that she was exhibiting signs of clinical depression and diagnosed her with depression in 2016.

“All my university knowledge of mental health and experience went out of the door. Having no word in my language for depression except ‘crazy’ or ‘mad’, I was so scared and felt hopeless. I had to fight stigma which I did not realize I had,” Kuwana said.

With little comfort from her local community, Kuwana found herself questioning her own faith, spirituality and the reasons behind her condition. Support came in the form of a local psychologist, who encouraged her to pursue her faith as a part of her recovery.

“After I got better I realized there could also be other people experiencing mental illness but afraid to seek help due to internal conflict. I took it upon myself to be their voice,” Kuwana said.

Kuwana enrolled in the African Leadership Initiative (ALI) program in early 2017. This gave her the opportunity to volunteer for projects that focused on the CaLD community, and she quickly learned that mental illness was a serious concern for African-Australians. Kuwana found support during the ALI program from guest lecturer Catrina-Luz Aniere, Co-founder, and CEO of young leadership organization, Millennium Kids Inc. Aniere was impressed by Kuwana’s initiative and her passion for mental health.

Since the launch of Mental Health Keys in September 2017, Kuwana has delivered workshops to colleges, schools and nonprofit mental health service providers. She has also been invited to appear as a panelist at The African Studies Association of Australasia and the Pacific (AFSAAP) 2017 conference on The Silent Outbreak of Mental Illness in People of African Descent and as a speaker on multicultural mental health at the G200 2017 Youth Summit in Dubai.

Kuwana’s participation in This Is My Brave, a program that explores mental health stigma through storytelling, has marked another success in her personal and professional journeys. As a featured contributor, she describes the personal toll her mental health took on her friends, family, and marriage and details her continuous path to recovery:

“I knew what was happening to me and was reluctant to admit I had depression because that would be contradictory to the beliefs I held about myself. I couldn’t recognize who I had become and was on the brink of losing my career, marriage and the people around me. I was in a lonely place,”

Kuwana has called sharing this story in the face of cultural prejudice her biggest accomplishment to date and credits her path to mental health recovery with the success of a new career path and social mission.

“I am more than just an African woman with depression,” Kuwana continued in her This Is My Brave interview. “Seeking treatment has given me the strength to take a stand.”

Leanna Johnson is the founder of Lost Lass, a freelance journalism brand. Her mission is to discover and create multimedia stories for businesses and media outlets.