Ontario’s Social Enterprise Recipe – Proof is in the Pudding 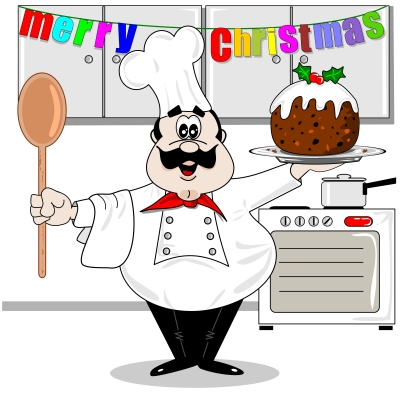 What should we expect from the Ontario social enterprise (SE) space in 2014? It’s holiday time, so I’m going to tackle this from a food perspective. If we’re trying to judge the success of our SE recipe, “the proof of the pudding (in 2014) will be in the eating.”

Basically, our delicious looking SE dish may have been made from a great recipe, using fresh ingredients, but the actual taste is the only true criterion of success.

With that in mind, looking ahead to 2014, I’m predicting the taste of our SE dish should be a good one, thanks to several key new ingredients in this year’s recipe. Here are two we should be keeping an eye on.

First, Ontario now has a social enterprise strategy. Launched by the government on September 26, 2013, the full document is available for downloadhere. But to keep with my pudding theme for just a minute, what I want to focus on is the third ingredient in the government’s recipe, which the document refers to as creating a vibrant SE marketplace. “Ultimately, we want to position Ontario as the best place in the world for social enterprise to thrive,” offered Helen Burstyn, who heads up Ontario’s Social Enterprise Office.

One key ingredient in the recipe is the Ontario Catapult Microloan Fund launched this past June, with a direct government investment of $250,000. The program is administered by the Centre for Social Innovation, in partnership with Alterna Savings, Microsoft Canada, TD Bank Group, KPMG, and Social Capital Partners. Having just made its first round of four loans, fund recipients include a neighbourhood tool library, an educational toy manufacturer, an online platform for grantmaking organizations and an eco-friendly, human-powered delivery service.

With an economy of $675 billion in Ontario, $250K doesn’t seem like a very large sum. However, as Burstyn explains, this is just a start. And it won’t be just about dollars. “The government is playing a role with funding, but ultimately its role in creating a vibrant social enterprise sector is as much about sending the right signals to other stakeholders, like impact investors, to get on board.”

So back to our food theme one more time: Catapult is sort of like a sourdough starter. The government has gotten the dough going and the hope is that, with the help of their partners, more starters will be popping up all over the province. We haven’t hit critical mass in this recipe yet but I recommend we all keep our eyes on Catapult round two, currently underway. New loan recipients will be announced in February, 2014.

Ontario also recently launched the Social Venture Connexion (SVX), billed as the first local, impact first, investment platform in North America. As Ontario tries to expand the SE pie, the SVX serves as a single online portal to connect social entrepreneurs looking for funding with impact investors looking for good projects. Located in Toronto, SVX is the collaborative effort of MaRS Discovery District and the TMX Group Inc., with support from Torys LLP, Imagine Canada and others.

Any social venture can, in theory, apply to be listed on the SVX. However, there is a strict vetting process, led by MaRS, to ensure the recipe maintains high standards. In other words, only quality SE projects get presented to investors. For now, while the recipe is being piloted, 12 social enterprises are listed on the portal, both for-profits and nonprofits alike. The key goal of the pilot is to generate $2.5 million in investments across at least ten of the twelve ventures.

As with the Catapult loans, it’s early days yet to judge the SVX pudding. However, things are starting to happen. Julie Leach of SolarShare has been really pleased with the press they’ve received as one of the first twelve ventures listed on the SVX and is excited about the upcoming webinar she is co-hosting with SVX to promote SolarShare to potential investors. “SolarShare hopes that, with progress such as the launch of the SVX, we’ll raise $10 million for our projects,” she says.

Just as importantly, the organization is excited to be engaged in driving institutional change around investing, change Leach expects will ultimately enable more individuals in Ontario and across Canada to invest in alternative channels and projects.

So, what’s the key to success of our SE recipe in 2014? Lots and lots of tasting and, like any good community of cooks, lots and lots of sharing in term of what’s working and what’s not. There might be some burnt offerings along the way, but if we keep at it, we hope the proof will eventually be a five-star social enterprise pudding. In the meantime, happy holidays!