The Power of Grandmothers’ Love: The untold story of AIDS in Africa

By the early 2000s, the AIDS pandemic in Africa had taken its mortal toll, leaving millions of children orphaned and a continent on its knees. In the face of that overwhelming loss, families and communities were held together, in large part, due to the grandmothers of Africa who stepped in to care for those orphaned children, sometimes taking in as many as ten to fifteen in one household.

Over the years, these indomitable forces established themselves as invaluable leaders, integral to the sustainability of Africa. Central to their communities, grandmothers have demonstrated profound displays of love, courage and emotional resilience, even while grieving the loss of their own adult children. Among their responsibilities, grandmothers put their grandchildren through school, create support groups to manage grief, deliver comfort through home-based care, provide education on HIV prevention and treatment and create local savings and loan groups.

The story of these courageous and powerful grandmothers have now been documented in a new book by the Stephen Lewis Foundation’s Joanna Henry, photographer Alexis MacDonald and Ilana Landsberg-Lewis. Powered by Love: A Grandmothers’ Movement to End AIDS in Africa brings readers to eight African countries and offers compelling interviews and photographs with hundreds of grandmothers (including Sarah Obama, Barack Obama’s grandmother) who have reclaimed hope and resurrected lives. 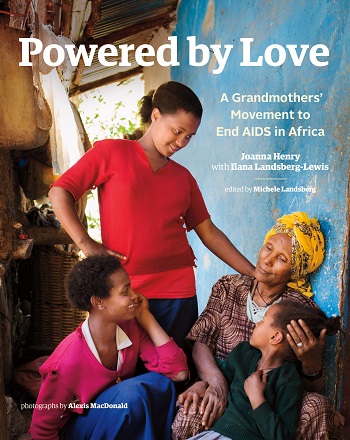 Bringing to life the story of these dogged and ever-determined leaders, Powered by Love is the untold account of AIDS in Africa. And it’s an inspired glimpse into a social movement that has held hands, wiped tears, emboldened communities, provided hope and helped sustain a continent.

As editor Michele Landsberg shares, “We thought we knew what was happening in Africa when the AIDS pandemic raged across the continent, sweeping away 35 million lives. But we never knew it the way this book reveals it, in the shockingly intimate voices of the grandmothers who had to rescue their orphaned grandchildren when no one else was left alive. These voices will leap straight into your heart. Their unguarded faces, in portraits that glow with character, pain and humour, will captivate you.” 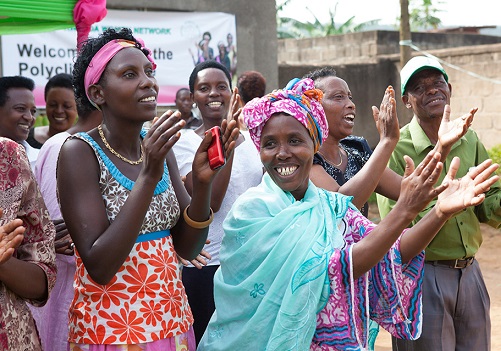 And they’re getting some extra help along the way. For example, the Foundation has been a long-time partner of Aeroplan’s Member Donation Program. The partnership began when the organization used Aeroplan Miles to bring grandmothers from Africa and Canada together for World Aids Day at Ryerson University in 2006. Out of that event, the Grandmothers to Grandmothers campaign was inaugurated, relying from day one on Aeroplan Miles to support their travel. In fact, this book was made possible by donated Aeroplan Miles that were used to travel for interviews and photography in Canada and Africa.

Powered By Love, published by Goose Lane Editions is being marked by more than 40 different events throughout Canada, organized by Canadian grandmothers’ groups. Proceeds from these events and royalties from sales of Powered by Love will be directed to the Foundation to support organizations run by and for these African grandmothers who continue to raise children orphaned by AIDS.

The Stephen Lewis Foundation works with community level organizations which are turning the tide of HIV/AIDS in Africa by providing care and support to women, orphans, grandmothers  and people living with HIV/AIDS.

Joanna Henry is the director of program communications at the Stephen Lewis Foundation.

Ilana Landsberg-Lewis, a labour and human rights lawyer, is co-founder and executive director of the Stephen Lewis Foundation.

Alexis MacDonald is the director of external relations at the Stephen Lewis Foundation and a Toronto-based photographer.