In Praise of Kindness and Other Lessons From Mister Rogers

As a young girl, there was something immensely comforting about entering Mister Rogers’ Neighborhood. From the opening sequence of “Won’t You Be My Neighbor” to the puppets and characters in the world of Make-Believe and to the final tune, “It’s Such a Good Feeling”, the half-hour program brought me joy and uplifted my spirits. And when my favorite neighbor said his daily goodbye with the words, “You always make each day a special day…people can like you just the way you are,” I knew Rogers was talking directly to me – and I believed him. 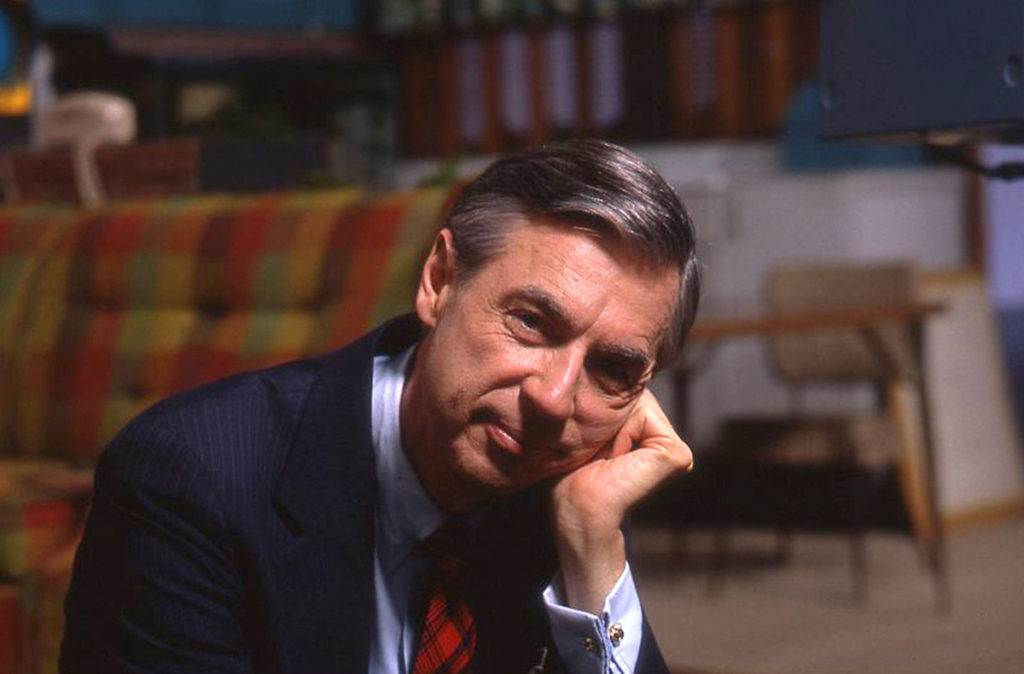 That belief has far-reaching impact on a child, an impact explored by a recent documentary on the life and legacy of Mister Rogers, the beloved composer and writer who for three decades lent his voice and warm, genuine embrace to his role as host of PBS’s Mister Rogers’ Neighborhood. The Hot Docs Festival screening of “Won’t You Be My Neighbor”, directed by Morgan Neville and distributed by Focus Features, played to a packed house, the majority of whom seemed to be graduates of the seminal show.

I didn’t expect the film to touch me so intensely. With few dry eyes among those leaving the theater, apparently I wasn’t alone. It wasn’t just nostalgia for a man and a program that helped define our childhood that moved us to tears. Rogers, also a Presbyterian minister, personified kindness, empathy and compassion in ways we aren’t accustomed to today, on screen or off. He promoted a worldview not typically encouraged in our personal or professional lives. In listening to the interviews with those who worked and lived with him, and who knew him best, that loss felt all the more palpable.

Yet, it goes even beyond that. In his own gentle and unassuming fashion, Fred Rogers was a formidable advocate, a shit disturber at times even, determined to right the wrongs and ensure tomorrow’s leaders can distinguish one from the other. It was a job he took very seriously. He didn’t preach or judge. He didn’t talk down to us. He didn’t get angry or sarcastic. But his every action and every word had a moral compass as its guide. And without even realizing all the lessons imparted, we listened, we understood, we believed.

Take his approach to diversity and racism. In 1968, a time when segregationists were brazenly forcing African Americans from public swimming pools and other public places, Rogers played social activist by inviting neighborhood cop, Officer Clemmons (played by Francois Clemmons), to dip his feet into the same kiddie pool that Rogers’ feet were wading in. With a huge grin (one quietly shouting truth to power), Rogers even helped wipe them dry.

In that one move, Rogers not only epitomized the true intent of love thy neighbor, he expanded our very definitions of neighbor and love themselves, making any other perspective difficult to reconcile.

As a point of interest, Clemmons—who became the first African-American to have a recurring role on a kids’ TV series—was initially hesitant about taking on the job due to his negative experiences with the police. But he soon came to realize the potential impact of that role and the integrity of the program’s host. In the documentary Clemmons shares that Rogers’ constant refrain, “I like you as you are, exactly and precisely,” made him feel loved and accepted for the first time in his life; from that point on, he considered Rogers a father figure and friend.

Here was a man who made everyone feel they were okay, no matter who they were or what they looked like. In a Season 11 episode that aired in February 1981, Rogers invited onto his show 10-year-old Jeff Erlanger, a quadriplegic since a very young age. The two discussed Erlanger’s electric wheelchair, his health issues and what to do when you feel sad, before breaking into another popular Rogers song, “It’s You I Like”. Of note, Rogers was overweight as a child and often bullied for it, a reality that undoubtedly inspired his advocacy.

“Love is at the root of everything, all learning, all parenting, all relationships, love or the lack of it,” Rogers shared in an interview. To be sure, though we were always comforted by the man at the helm of the neighborhood, Rogers didn’t shy away from serious issues. War, divorce, the assassination of Robert Kennedy and feelings of sadness and anger were discussed on the program, with his own vulnerability projected onto his thoughtful and ever-sensitive puppet Daniel Striped Tiger. And he made clear there were no simple answers, that we all struggle, and that that’s okay. On one episode, Daniel and Lady Aberlin sang a duet in which Daniel questions whether he’s a mistake. Lady Aberlin tries to reassure him but the insecurities persist. Can you imagine a show today that allows children the right to feel and vocalize such a profound human sentiment?

Though his show was directed at children, Rogers’ message wasn’t lost on adults. In a congressional testimony defending public television from budget cuts—since gone viral on YouTube—Rogers read the lyrics to his song, “What Do You Do With the Mad That You Feel?” to Sen. John Pastore, chairman of the subcommittee. Pastore was obviously moved. “I’m supposed to be a pretty tough guy, and this is the first time I’ve had goose bumps for the last two days,” he said. “Looks like you just earned the $20 million.”

Fred McFeely Rogers reminded kids they were loved just as they are, and reminded us all of the importance in treating each other with respect and kindness. Considering the pervasiveness of narcissism and arrogance in our workplaces, digital mediums and even our homes, the absence of those values becomes starkly evident. Even my own natural instinct is to roll my eyes at the earnestness and innocence of the Neighborhood, its characters and Rogers himself.

But that eye roll belies some harsh truths – that children and adults alike yearn for human connection and that kindness trumps all. We want to believe in the goodness of people, that we can trust each other, that there’s someone always watching our backs, telling us it’s okay. I don’t know about you, but my neighborhood could use a few more Mister Rogers’.

Elisa Birnbaum is the editor & publisher of SEE Change Magazine and the host of its podcast. Her first book, In the Business of Change, profiling social entrepreneurs around the world tackling challenges in their communities, will be published May 29, 2018