How to (Re) Frame Your Conversation to Achieve Greater Impact

Despite my best intentions, and having prepared in advance with a detailed agenda and a plan, the conversation didn’t go as planned. I was facilitating a meeting of concerned citizens seeking to improve the quality of life in their community. But, instead of progressing towards a collective decision, the group became mired in a conversation that seemed to circle away from, instead of towards, a decision. It was only later that I realized what was missing – a frame.

Just as a picture frame establishes a clear boundary and provides a supportive structure for art, a frame can help the group agree upon what issues and concerns receive attention as part of advancing its purpose. As organization development consultant, Russ Gaskin, explains in his article on collaboration patterns, a benefit of this approach is that it enables the group to move forward with an agreement that works for everyone instead of getting sidelined by issues or concerns that may be perceived as falling outside the primary focus of working together. 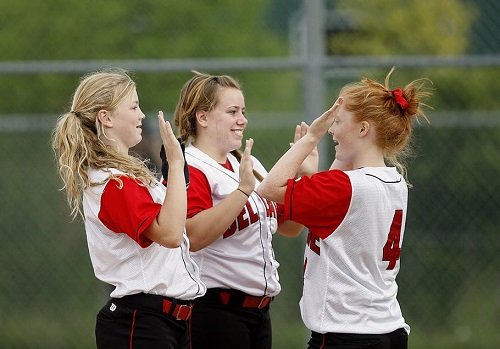 If you’re part of a group that is struggling to make progress because it has an unclear focus (what the group agrees to achieve) or is lacking a frame (issues to be tracked and paid attention to), consider using these tips:

1. Be aware of signs that the group is struggling

Effectively working with groups and teams requires an awareness of what’s going on. Use observation and active listening skills, such as providing our undivided attention and checking for understanding, to tune in to what is being said as well as non-verbal cues, like body language.  Some examples that a group may be struggling are discussions that drift away from the topic, lack of participation in the conversation, or avoidance of decision making.

In addition to focusing on what is being said and how messages are communicated, it’s also important to be able to “read the room” through an awareness of group dynamics.  This involves noticing and understanding interpersonal interactions in addition to the impact of each person’s behavior on the whole group.

2. Find out what’s really going on

Some problems are easy to solve and others are more complex. Without digging beneath the surface to better understand the underlying causes and checking out our assumptions, it can be difficult to know which is which. The ability to quickly “read,” assess, and respond to a situation as it unfolds is a skill that is developed over time with practice. For example, upon noticing that a conversation is lacking a clear and mutually agreed upon direction, you can mention this observation and invite others to comment on whether this is an accurate assessment of the situation. If there is widespread agreement that the group is struggling, this can serve as an opportunity to move into collective problem solving.

3. Support the group in addressing the situation

Depending on the circumstances it may be appropriate to set a focus that can serve as a collective goal, a frame that can guide the conversation in moving forward, or both. One way to help the group put a focus or frame in place is using inquiry, advocacy, or a combination of the two. Inquiry involves asking questions that move the conversation in the appropriate direction. Open-ended questions can be a powerful way to encourage deeper thinking and stimulate problem-solving, such as: What would it take for us to make satisfactory progress in resolving the problem we’ve come together to address?

If the questions being asked don’t seem to advance the conversation or if group is short on time, another approach is to make a suggestion for the group to react to, like: These are all important factors to take into account.  Can we agree that the first one is the most relevant to the issue we’re working on?  Can we also agree that this will be our primary focus for the time being and that we will come back to address these other factors later on?

Helping a group get unstuck, particularly when a focus or frame is lacking, can be difficult, especially if you’re unfamiliar with group dynamics and processes.  In such instances, it can be useful to get help from a member of the group who is experienced with working in teams or a professional facilitator.  It’s also helpful to keep in mind that it’s up to the group to set a focus or frame based on what works best for them and is mutually agreed upon.

What stands out for me in reflecting on the incident mentioned at the beginning is the importance of not only framing group conversations, but also the internal conversations that take place as part of this process.  Fortunately, a member of the group stepped in to propose a frame that was agreeable to the other members, which got the conversation back on track and generated momentum towards a decision that was becoming long overdue.

Although I was grateful to this person for getting the group unstuck, I was also upset with myself for not coming up with the solution.  With the support of a close friend I re-framed my internal dialogue from failing in my responsibility as “the expert” to creating the space to learn from what others have to offer.