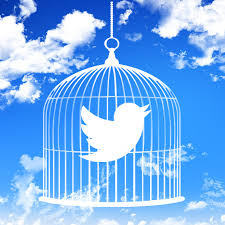 Last week, as the sun shone on one of the warmest days Toronto has seen in a while, my neighbour hanged himself in the locker room of our apartment building. I didn’t know him. I hardly said two words to him, a reality I now regret. Still, the act left me winded. That a man in the prime of his life, newly married to boot, with “a promising future,” would end his life was distressing enough. But the reaction of others was troubling too.

Some fellow tenants have been tsk-tsking ever since his untimely death, questioning the man’s apathetic demeanour, his irrational decision to leave a recent job without a Plan B and an inability to appreciate his new bride and seemingly perfect life. These post-mortem arbiters are judging the decisions of a man they hardly knew, whose actions they don’t understand and seem disinclined to even try.

If they did, they’d see the all-too familiar, yet often silent, footsteps of depression tracing this man’s most recent path. They’d comprehend that the disease doesn’t discriminate as to whom it touches, whose lives it turns upside down, whose decisions it derails and whose loved ones it leaves behind, shaken to their very core.

In 2009 there were 3,890 suicides in Canada, a rate of 11.5 per 100,000 people, with mental illness the most common precursor. To be sure, there are many out there fighting these statistics — and fighting hard. It’s heart-warming to see such initiatives like Bell Let’s Talk day reducing stigma and elevating the conversation around mental health toward greater understanding and giving the battle-weary motivation to reach out for help.

The Jan 28 event inspired active online engagement, attracted celebrity endorsements and the attention of media, all the while raising vital charitable dollars. But a one-day social media event is not enough to significantly move the needle away from ignorance, fear and silence. After all, what happens the next day, and the day after that?

Social change requires more than a social media plan. It requires a long-term sustainable strategy. Because in our content-rich, highly distracted world, passion is sometimes overrun by profit, causes are sidestepped by things like limited overhead and the desire to stay current fuels an unyielding need to move onto the next big thing.

Mental health issues, like other social challenges, can’t be fought in the boxing ring of virtual popularity contests or social media hype. They can’t be properly addressed without looking them straight in the eye the day after the event’s done, when the dishes are piled up in the sink and the guests who promised to help clean up have long gone. Because that’s when the work really begins. That’s when real change happens.

Suicide and mental health must establish themselves as vital and dedicated parts of our everyday conversations. Maybe then people like my neighbour would have a fighting chance to counter the ingrained belief that opening up and asking for support is only for the weak. Maybe then others wouldn’t so easily dismiss his actions without attempting to understand them.

Our fight against stigma — like our fight for any social cause — needs to move beyond a hashtag culture so easily sidetracked by followers, re-tweets and brand promotion that it forgets about the real purpose behind any social campaign: long-term sustainable impact.