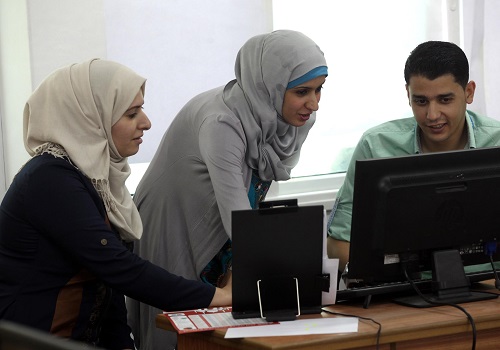 According to recent studies, close to 70% of the approximately 1000 students who graduate each year from IT programs in the Gaza Strip struggle with unemployment. It’s an especially concerning statistic when one takes into account the growth of this sector and its impact locally where an already-problematic 45% unemployment rate is the general norm.

That’s where GGateway (formerly Gaza Gateway) comes in, the first social enterprise in Gaza designed to combat the continuing challenge of unemployment in the IT sector. As one of its founders, Marilyn Garson helped bring the project to launch in 2013 with the support of UNRWA (United Nations Relief and Works Agency for Palestine Refugees) before returning to her home of New Zealand in 2015. Having dedicated her career to working with communities affected by war for almost 18 years (with launching social enterprises a favourite activity), Garson found herself especially moved by the situation in Gaza.

“What’s particularly interesting about Gaza is that it’s not underdeveloped, says Garson, “it’s just trapped.” It has a highly educated youth and workforce (Gazans have high rates of literacy), an entrepreneurial tradition and is replete with possibilities. People are bilingual, cosmopolitan and highly skilled. “I’ve never worked in a place where the waste was easily avoidable as it is in Gaza,” says Garson, who spent five years in Afghanistan prior to coming here.

Bottom line, Gaza isn’t in need of development, it just needs innovative design, she says of a situation that suggests hopeful solutions (“Although economic development is not a substitute for political change, I don’t want to pretend otherwise”). And the circumstances made Gaza ripe for social enterprise, a model that would allow it to leverage what it knows and what it has – which is a lot. “The key to social enterprise for me has been the ability to design a business around social exclusion,” Garson adds.

Gaza Gateway was established to help IT graduates become employable through outsourcing and opportunities to refine their skills. “Part of the reason we chose IT is that the potential is more immediate than many other industries,” says Garson. Besides, she adds, one of the peculiarities of Gaza is that despite its high level of education, the lack of a knowledge-based economy means unemployment rates rise as people become more educated. “They become prepared for industries that Gaza does not have.” 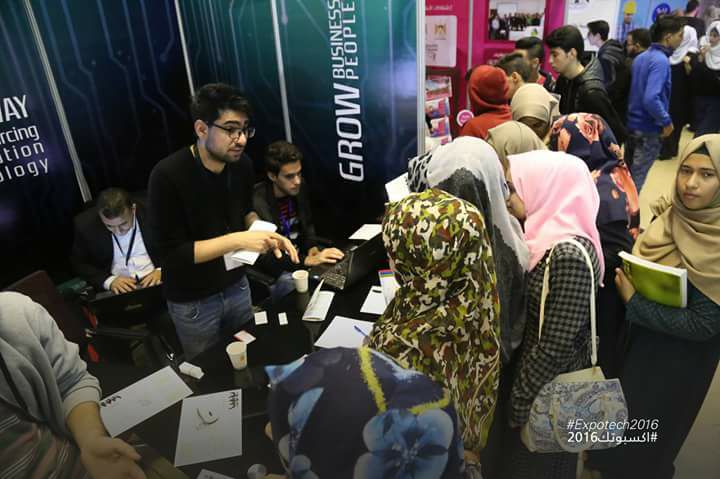 In October 2015 Gaza Gateway became an independent entity under the name GGateway, continuing its social entrepreneurial mission of offering temporary employment and a capacity- building environment. GGateway also subcontracts work to the firms employing its IT graduates. As the website states, “Their high-qualified education, multi-lingual workforce, lower costs and higher staff retention could make this particular region as one of the most promising competitive outsourcing destinations.”

That’s saying a lot considering the 70% unemployment rate – the highest among all graduates in Gaza, says Rasha Abu Safieh GGateway co-founder and capacity building manager. The number of unemployed women is even higher – sitting at 92% — which is why the original idea was to only target the female demographic, she tells me during a spotty Skype call with her colleague Bassma Ali. Ali studied social enterprise after earning an IT degree in the US and now manages the enterprise’s technical service development. With fellowships from the Clinton Foundation and Harvard Business school, Abu Safieh manages the Gateway’s professional development programs, bridging that gap between graduation and employability.

Our 60-minute interview cut out four times, by my last count, and included a lot of, “What did you say?” “Can you repeat that?” Infrastructure issues, including limited availability of electricity and bandwidth are only some of the challenges in the region. Limited physical mobility, isolation, the ongoing conflict and the inadequate access to venture or growth capital for entrepreneurs are others.

Not surprisingly, the realities of running this business sit in stark contrast to its original envisioning, both women say. “There are many challenges that we didn’t forecast by establishing a business in Gaza. It’s a very different story from writing and planning,” Abu Safieh admits with a laugh. “Trying to work our way around these challenges is not easy,” admits Ali.

And then there was the issue of registering the initiative without any legal system currently in place in Gaza that recognizes social enterprises. After 10 months in legal limbo, they finally registered as a for-profit with a non-profit arm as defined in their shareholder agreement. Anything coming in is reinvested toward their social mission of empowering the graduates and the capacity of the sector (the only similar model that they could find was in Cambodia –which provided some examples for them to follow). 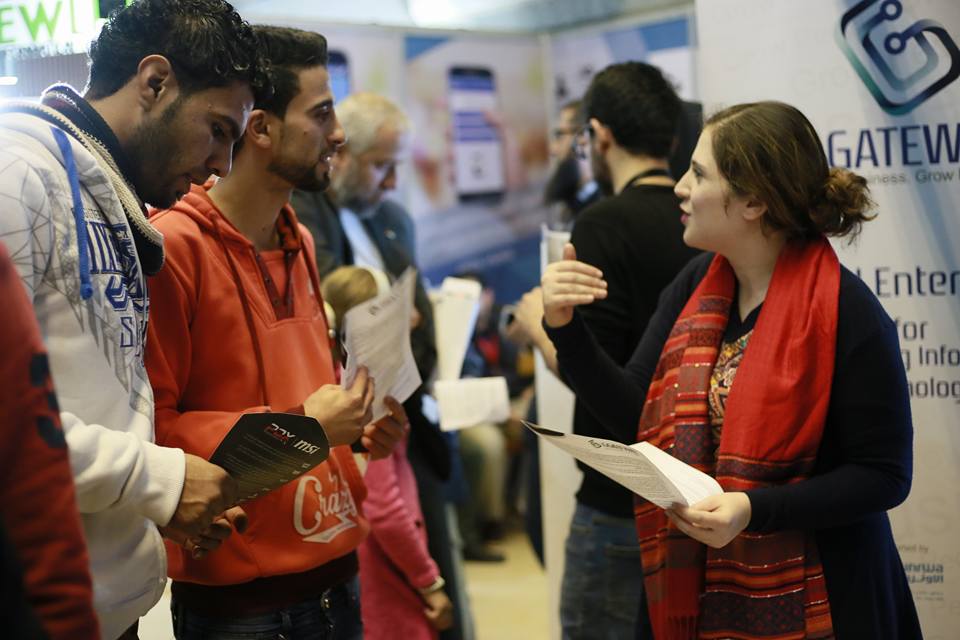 Still, the women explain that their biggest obstacles are the same ones faced by other social enterprises: sustainability, maintaining a level of competitiveness, to name but two. The outsourcing market is an aggressive one, to be sure. “There’s a limitation on where we can compete in the market with candidates that have basic skills and not very long training,” says Ali.

A competitive advantage helps. GGateway is not a quick fix. The model promotes a sustainable, long-term, end-to-end solution. “I think our model is what distinguishes us in front of donors,” says Abu Safieh. Perhaps so. They did recently receive a $1.3 million donation to help cover operations until the end of 2017. But it wasn’t easy. Abu Safieh relates that the director of UNWRA, who helped them fundraise, said it was the most difficult million-dollar donation to raise in years. “It’s very difficult to ask donors to be confident to put money toward something related to sustainable economic development,” she explains. And despite their holistic offering and being the first social enterprise model in IT, convincing others of their potential for long-term impact is hard.

But empowering the sector takes time and supporters need to appreciate that. “We are building capacity to compete with all IT in international standards,” says Ali, who explains that, though they train locally, access to online resources has been invaluable, allowing them to compete locally and internationally. So far so good. They’ve already trained 75 graduates and employed 50, while 55 freelancers currently work in their co-working space. With travel limited, Gateway’s focus on outsourcing is a boon.

Since we spoke, GGateway has secured four additional grants in the amount of $300,000 US to train 300 IT freelancers on their freelancing skills, 60 women on their technical skills and employ up to 45% of them. The money will also go towards supporting IT graduates in Gaza, conducting outreach activities and building the capacity of the management team. And they’re developing five new projects for 30 IT graduates, including an archiving initiative with UNRWA in Amman and a human rights digitization program with UN Women.

“We are running a social enterprise in one of the most difficult places in the world,” says Abu Safieh proudly. “Anything new will be difficult but the impact will be great.”

Garson would agree. “Gaza is bursting with human capacity and potential,” she says. “I’d never seen a place like it before, where people were so ready and eager. The elements are present for terrific progress.”

Elisa Birnbaum is the co-founder, publisher and editor-in-chief of SEE Change Magazine and the host of its podcast. She’s also the author of In the Business of Change, a book (published June 2018) profiling over 65 social entrepreneurs around the world tackling challenges in their communities.