Social Impact 360: Inspiring the next cohort of social entrepreneurs

As graduation season begins, most college students are planning for their careers, locking down job offers, or interviewing for internships. The fellows at Social Impact 360 are training themselves for jobs that don’t exist yet, at companies they plan to start.

Among the conference speakers were Sharon Rowe, founder of Ecobags, and Chelsea Briganti, the woman behind Loliware’s biodegradable (and edible) utensils. Another panel featured Seamus Kirst, an author who discussed channeling personal struggles into public good. Kirst now hosts “Mental Health Hangouts,” a podcast about mental health geared toward emerging adults. He was joined by Robert Raeder, who started a label-free clothing line called inDefined. Raeder told the audience to pursue their passions – even if that means chasing more than one dream at a time. 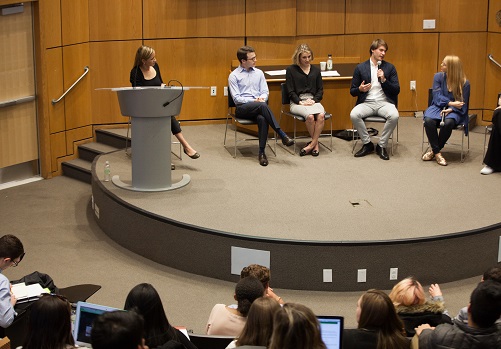 SI360 takes a select group of college freshmen and puts them through a rigorous curriculum of business training. At the end of the school year, each fellow pitches a social business idea. SI360 provides them the tools to bring those businesses to life. As part of this mission, Shift Series featured a pitch competition.

As an alumnus of SI360’s inaugural cohort, this section of the weekend was the most inspiring. One after the other, in five-minute sprints, college freshmen presented practical and detailed ideas to make the world better. Aeon is an app that helps people find environmentally friendly food while providing discounts for healthy options. Altru will produce nontoxic feminine hygiene products and give one box to a woman in heed for every box sold in stores. Royal Guard makes classic, minimalist bracelets that assist with self-defense: Each bracelet conceals a small pepper spray canister. The pepper spray contains a UV dye that can aid authorities in identifying an attacker.

So, how does someone get involved with this program? A dozen colleges and universities have SI360 chapters, and students at any school can start a chapter. Upperclassmen mentors lead the fellows through a fast-paced curriculum that gets them ready to launch a business in just two semesters. After that first year, the fellows still have three years to grow their businesses before graduation. It’s the ultimate internship, because you’re not just the trainee – you’re also the CEO.

The conference used real-time polling technology to take the pulse of attendees’ opinions on social ventures. There is a growing mandate from consumers for companies to accomplish something greater than profit. Poll results from conference attendees show that they don’t expect every company to take a stand on every hot button issue. But they expect nearly every company to stand for some issue, for something more than dollars.

What impressed me most about the fellows is how they see opportunity in some of our world’s greatest challenges. At a stage of life rife with uncertainty, these fellows have the same questions and anxieties that all college students endure. Though these fellows have no way of knowing the exact path that lies ahead, they are all driven by the intention of doing well by doing good.

Angela L. Morabito is a political media personality living in Washington, D.C. She writes for the Washington Examiner and works as the Senior Campaign Organizer at StandUnited, the first online petition platform for pro-freedom causes. Red Alert Politics named Angela as one of their 30 Under 30 in 2016, and she plans to remain in her twenties for the next several decades. Angela holds a BS in Foreign Service and an MA in Liberal Studies from Georgetown University. She loves talking politics and has repeatedly been invited to do so on Fox News and Fox Business. Find her on Twitter: @AngelaLMorabito, and on her blog, PolishedPolitics.com.