The Next Step in Responsible Investing: Paving the road for greater inclusion

After welcoming the new year and settling back in my office in a fairly pleasant Argentine summer, I was starting to believe that the iconic salmon-pink-colored pages of the Financial Times could, at some point, turn green.

The year 2020 was off to a great beginning in regards to the announcement of impact investing initiatives by influential global financial leaders. The impact world was extremely encouraged by the tenor of discussions and announcements that came out from the Davos meetings, and the subsequent releases by JPMorgan, Goldman Sachs, KKR, BlackRock, and Citi, among many others, indicating that they would commit significant resources to large and critical impact investing initiatives. 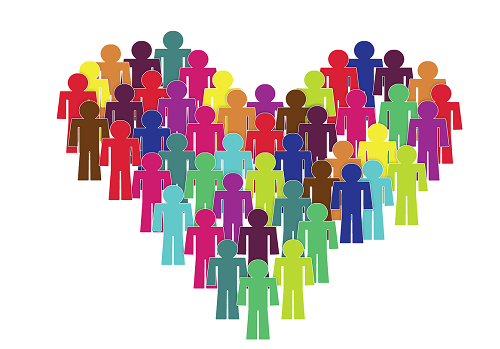 Then, the world turned upside down. Or, did it? In retrospect, perhaps the world – at least on the financial sustainability front – may be somewhat self-correcting and re-directing cash flows so as to align financial more consciously with social, economic and governance priorities as well as diversity oriented returns.

First, the global pandemic of Covid-19 reshaped several financial investors’ priorities. Investors, in this context, withdrew a large amount of funds from “traditional” assets and re-deployed them into environmental, social and governance-oriented platforms (ESG). According to research by Morningstar, global sustainable funds had net total inflows of $45.6 billion during the 1Q of 2020. In addition, ESG-oriented funds outperformed the S&P 500 by 9 percent over the same period. Investors likely concluded that ESG leaders were better at mitigating serious environmental, social, and governance risks. Consequently, investors may have understood that ESG-conscious managers could be more skilled at avoiding large financial losses and potential bankruptcies derived from the pandemic’s brutal cash crunch.

Ratings agencies, meanwhile, continued to incorporate climate factors into their assessments. Standard & Poor’s saw the ratings impact of environmental and climate factors increase by 140 percent over two years, amid a high volume of activity in the energy sector.

An prime example of this rapidly growing investment behavior can be found in British Petroleum’s recently announced $17.5 billion write-off of the value of its oil and gas assets, noting that, “it expects the crisis to accelerate the transition towards cleaner energies”. The Financial Times defines this measure as “the biggest recognition, among the largest oil and gas players, that tens of billions of dollars worth of investment could be rendered uneconomic” in a post-pandemic, cleaner economy. It seems clear, even in the midst of uncertainty, that the world will need less oil.

At the same time, a recent McKinsey piece notes that “renewable energy, refurbishing plants, and adaptive technologies all require significant levels of financing”. These improvements will cut carbon emissions, capture and store atmospheric carbon, and accelerate the transition away from fossil fuels. Several banks have already acted by redefining their goals to align their loan portfolios with the aims of the 2016 Paris Agreement, whose long-term temperature goal is to keep the increase in global average temperature to well below 2°C above pre-industrial levels.

Second, the endemic global problem of racial discrimination exploded in yet another episode of police brutality. While the majority of the world was responding and rallying around to embrace human rights, some asset managers announced that they would start raising “diversity”-oriented funds. Are these fund managers mere opportunists or true visionaries? There’s probably an interesting blend of the two kinds. Today, however, the stats are still astonishing – for instance, in the US’ venture-capital world, Transparent Collective reports that African-American founders currently represent just 1 percent of total funded start-ups, Latino women represent 0.4 percent, and women as a whole represent 8 percent. And minorities rarely have access to “friend and family” funding. Economic inclusion is then essential to propel minority-driven initiatives.

In addition, there seems to be a feeling in the impact industry that simply ticking the boxes for environmental, social and governance considerations is, in this context, not enough. For instance, Morgan Stanley has recently released an investors’ survey implying that ESG is already becoming an industry standard, noting that “95 percent of the respondents are integrating or considering integrating ESG in all or part of their portfolios”. And some leaders of the financial sector are even arguing that, “If we truly want to change the systems that drive systemic inequities in our country, we need to proactively add considerations of race and diversity to all areas of our lives, including in the way we invest.” 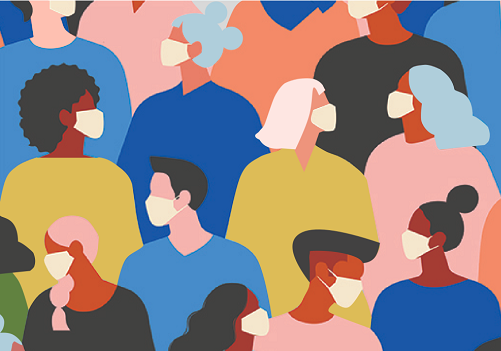 Islamic finance was one of the first initiatives that sought to integrate religious beliefs with investment returns. Muslims are not permitted by Islam to receive compensation in the form of interest returns, so “profit sharing” payments were designed. And they are continuing to grow. In 2019, Wahed Invest went a step further and launched the first exchange-traded fund (ETF) in the United States that is compliant with Sharia, Islam’s religious law. It is one of eight ETFs introduced in the United States last year that incorporate faith-based principles.

In June 2020, money manager Global X filed to launch a bond fund aligned with Catholic values, excluding companies involved in activities perceived to be inconsistent with the values set out by the U.S. Conference of Catholic Bishops, including screens for weaponry and child labor. According to Bloomberg, there is about $1.9 billion globally in equity-focused religious and exclusionary ETFs. If the financial world has been creative enough to integrate religious beliefs with returns, achieving the broader scope of diversity should neither be a distant nor a mysterious goal.

An Updated Vision: ESGD as the new standard

The concept of environmental, social, governance and diversity (ESGD) has now emerged as the primary standard, advocating as it does for the inclusion of diversity and justice toward fostering and protecting a more inclusive society.

It could even be argued that it resulted from the pandemic itself. Take, for example, the “bad” and “good” behavior companies have displayed in regards to protecting their employees (vs. massively laying them off) and the fact that Covid-19 has killed a disproportionate number of African-Americans in the United States. Add to that the global awareness and outrage triggered by the killing of George Floyd and investing in companies that have their “social” and “governance” practices and policies in superior shape has further attracted the attention of both the media and investors.

However, ESGD-investing is still at its infancy and Calvert’s CEO recently warned the industry that responsible investors have yet to take, as a group, the needed actions to address human right violations and drive needed change.

Are we witnessing the birth of a new era and the creation of a stronger paradigm for conscious, even broader, responsible investing? Perhaps we can still be hopeful after this recent catastrophic chain of events.

Beware of the washers

However, we shall bear in our minds the concept of “green washing”, which, over the last decade, applied to many investors marketing positive environmental impacts without substance or authenticity. Or even the wider visual of “rainbow washing”, which extended the term to the United Nations’ Sustainable Development Goals (SDGs), and the colors represented by the 17 different 2030 targets. 2020 was already perceived by responsible investors as a “gap year”, as the industry moved towards globally accepted definitions and labels for sustainable finance and products.

Sean Collins of Deloitte further explains in a recent article that, “The most effective method to gain traction may reside in the level of credibility the investment management firm has achieved from investors”. Jumping on the ESG bandwagon for the sole purpose of increased marketability does not earn you that level of credibility. Time, and conscious auditing and reporting, will be critical in separating committed difference makers from mere “washers”.

Here’s to hoping that responsible asset managers will not use and abuse a global pandemic to report disproportionate health achievements to an already fragile, expectant global community. And, furthermore, here’s to believing that we never have to coin the term “diversity washing”, and that finance can further help with the inclusion of any gender, race, religion and any other sort of excluded minority. Several studies have already proven that this could be done without sacrificing financial returns, so there’s no excuse for that.

Back in 1947, French Nobel Prize-winning author Albert Camus wrote in his masterpiece, The Plague, that “what’s true of all the evils in the world is true in a plague as well; it helps men to rise above themselves”. Perhaps today’s very real pandemic and the urgent call for inclusion can influence the investing world to rise above itself and make this necessary shift a reality.