The Power of Empathic Action: In Conversation with Anita Nowak

The Academia Report on Social Business 2019 was published by Yunus and You, the YY Foundation,  with the aim of promoting academic work on social business, particularly to inspire more universities to include social business in their curriculum, establish research projects or centers on the topic and support student initiatives to launch social businesses. The Report is dedicated to promoting Nobel Peace Prize Laureate Prof. Muhammad Yunus’ life work, and was edited by Studio Nima.

The following is an excerpt from an interview with Dr. Anita Nowak, an empathy expert, author and social impact coach. She also teaches Leadership and Social Entrepreneurship & Innovation at McGill University, where she was awarded Professor of the Year by the Desautels Management Undergraduate Society in 2014. In the interview Nowak discusses the power of “Empathic Action” – an idea that informs all her teaching, writing, coaching, consulting and public speaking. 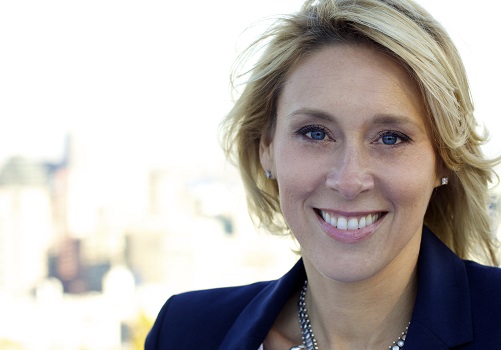 You have written the book, The Empaths Strike Back. In a few words, what is it about about? What’s the core message?

It’s a hopeful book about leveraging the power of empathy. It’s full of stories about everyday people engaged in what I call empathic action – in five areas of life: At the individual level, family level, community level, school level and organizational level. I’ve included dozens of interviews with children, adults, men, women – the entire gamut of society. So, I hope the book inspires readers to engage in empathic action too. Opportunities are everywhere – but also, the world really needs more empathy. That’s what “The Empaths Strike Back” is all about.

Researchers who have studied humanity’s evolution have come to the conclusion – and neuroscience corroborates this finding – that empathy helped us survive as a species. We had to care for one another and help each other out to survive. But fast-forward to contemporary society. We now live in single-generation homes and mostly take care of ourselves. So, our sense of collective well-being and belonging is eroding even though our primary need for communion is still very much part of who we are.

Then add technology to the mix and it’s clear how even more disconnected we’re becoming. We go through the motions of staying in contact with people on digital platforms. But the reality is that we need to spend time together, looking into each other eyes, holding each others hands, offering each other hugs. There’s a whole body of research that shows how physical contact with people we care about is like a medicinal balm.

Now, if it’s true that we’re born to empathize, and have a natural capacity to empathize, how can we become more empathic? That’s simple: with practice! Much like neuropathways in the brain get entrenched the more often you experience something. The more you empathize (and practice empathy), the more you have the capacity to empathize going forward. From the moment a child is born, neuropathways are being developed and strengthened. So, if a child is born into a family that is loving and supportive, neuropathways develop in a way that will allow that child to extend empathy to others because he or she has experienced empathy first-hand. On the flipside, when a child grows up in a family that’s disharmonious, or worse, where violence is present, or if a child is raised under a constant barrage of criticism, that tends to curtail empathic proclivities.

Of course, the best case scenario would be for all children to grow up in a loving and supportive environment. That would change the world! And gratefully, there are organizations that provide early childhood interventions – mostly in schools – that foster empathy. Roots of Empathy is a wonderful example.

There are also simple ways to practice empathy, such as eye-gazing. Imagine two people sitting, facing one another for two minutes. It’s not a staring competition, just gentle eye-gazing. That’s a fantastic way to recognize that another human being is sitting in front of you with a set of human needs and a personal story just as legitimate as yours. Listening exercises are also a great way to flex empathy muscles. So is studying non-violent communication, otherwise known as NVC. Anything that fosters connection increases our capacity to empathize. Of course, there’s no quick-fix to becoming more empathic. But over time, you can definitely become a more empathic person.

Obviously, those who are willing to engage in those kinds of exercises are probably not the people who would need it most. You can’t force someone to practice empathy…

For sure, some of the exercises I just described wouldn’t appeal to everyone. It takes a safe space and tons of vulnerability to sit quietly eye-gazing! But there are other ways to become more empathic. For example, reading books. There’s a strong correlation between people who read non-fiction and empathy, because fiction require a reader to imagine what someone else is experiencing. That’s called cognitive empathy. And of course, there are people who don’t really care about others or have narcissistic tendencies. But as it turns out, those people have specific neurological deficits that limit their capacity to empathize. Then there’s a grey area of people who’ve had bad experiences in life and tend to be low-level empathizers. Think of children who grew up in unloving families as adults. At the end of the day, we are all the walking wounded – just to differing degrees. So, self-care and healing is the first step to take before extending empathy to others.

How can we include empathy in social business education?

I think the first entry-point is through Human-Centered Design and Design Thinking because at its core is the user experience. When Human-Centered Design is deployed for social innovation, social entrepreneurship, social business, the user (aka beneficiary) is always front and center. And to me, the best way to solve a social problem is by listening to the people impacted by the problem, without making assumptions. A great TED talk that speaks directly to this issue is Ernesto Sirolli’s “Want to Help Someone? Shut up and Listen!”

In terms of teaching social business and advancing it within universities, my experience has mostly been with undergraduates – 19-22 year old Millennials at McGill’s Desautels Faculty of Management.

Traditionally, b-school students learn about profit-making organizations. So, I have the joy and privilege of seeing the world open up to them semester-after-semester when they realize that social enterprises and social businesses are not only viable and on the ascension, but they can also offer exciting career opportunities. After nearly a decade of teaching (that’s more than 500 students), I’ve seen countless a-ha moments, when a student figures out they can achieve values alignment in their working lives and make a living. Meaning to say, they can be a good person and succeed professionally by doing good.

It’s very exciting to them. And thrilling for me.

Why have you chosen to become an academic and not an activist?

Actually, I’m not a full-time, tenure-track professor. But I have been teaching Introduction to Social Entrepreneurship & Innovation at McGill since 2012. And this fall, I’ll be teaching a leadership course. A few years ago, I had the pleasure of leading the Social Economy Initiative to help integrate social entrepreneurship and social innovation into the faculty’s teaching, research and outreach. And after that, I worked on a MOOC (Massive Open Online Course) called Social Learning for Social Impact, led by Henry Mintzberg. It was an online course that brought thousands of people from around the world to solve social problems together. But my main contribution to academia is through teaching. And it’s a huge passion of mine because I have a direct touchpoint with the young people who will inherit the world and have the skills, capacity, talents and passion to change it for the better. So, my contribution to social change is by creating the conditions for students to learn about social change work – and then watching them fly! I have countless examples of alumni who have become social entrepreneurs. And mentoring them fuels my fire.

Are topics like empathy and social business gaining momentum at universities or do they remain marginalized?

I defended my PhD thesis in 2011, and in the last eight years, there’s been a huge upsurge in popularity among students for courses about social entrepreneurship. When I first began teaching, the class was offered once a year. Now, it’s being offered twice a semester and there’s even a Minor Concentration in Social Entrepreneurship. So, universities are responding to student demand. And in Canada, The McConnell Foundation is also playing a lead role in growing the ecosystem for Social Innovation to flourish across campuses by launching RECODE.

Also, as the buzz about social entrepreneurship and social business begins to diffuse across campuses to other disciplines such as engineering, social work, public policy and international development, more professors are joining the conversation – which is great. I’m part of an informal group of educators who share resources and ideas about social entrepreneurship pedagogy, and just recently the group decided to intentionally reach out to faculty members who do work in social justice, media studies, etc. To me, this is a positive trend for the space.

At the same time, social entrepreneurship has become so popular that some students (albeit a small percentage) pursue social initiatives for CV-padding. And that’s a shame. I don’t think a volunteer stint overseas should be a box to tick for grad school applications.

In your latest TedX talk called “Empathy Will Save Humanity”, you describe the challenges that digitization, in particular the rise of artificial intelligence and virtual reality, may bring for humanity. What can we do about this?

A technological revolution is just around the corner – unprecedented in scale, scope and impact. And because I’m an optimist I think a lot of technological innovations can and will be leveraged to solve social and environmental problems. But I also believe there are risks. First, citizens and policy makers have to be part of the conversation as the technology unfolds. I certainly don’t want for-profit only companies to drive the agenda. Second, while I admit that smartphones do make our lives easier, research is showing they also make us lonelier. We’re spending countless hours on our devices, with major social and psychological costs. And virtual reality is going to exacerbate that – especially for youth.

Imagine teenagers after they spend hours wearing a VR headset, taking bigger and bigger risks in the virtual worlds they’re exploring. What’s going to happen to their level of cortisol and stress? How will their bodies adapt? Will the non-stop stimulation impact their brains? And will excessive VR exposure change the way they relate to other people in the world? No one really knows – and that’s a problem. So, in the face of this brave new world, I think we need to have public conversations and consultations about all of this. I don’t mean to sound alarmist, I just think we need to pay a lot more attention and become engaged and active citizens.

Anita Nowak is the author of The Empaths Strike Back: Stories of Everyday Heroes Using Empathy to Change the World (forthcoming). She is also a certified coach who works with HNWIs to help them achieve their social impact and philanthropic goals. www.anitanowak.com