The Power of Inclusive Hiring: Fostering opportunity for people with disabilities

It is perhaps no surprise that two former special education teachers, Kyle and Angie Gallus, tapped into their teaching experience to launch a social enterprise. After witnessing the potential and talents of two former students who were now young adults and unemployed, the duo embarked on a mission to combat the “80 percent unemployment rate for people with disabilities,” explains Angie.

Determined to also serve a greater purpose through their pets, Kyle and Angie founded Finley’s in March of 2016, a “feel good, do good” dog treat company. Named after their resilient rescue pup and CTO (Chief Treat Officer), Finley’s goal is to create paid employment opportunities for people with disabilities while dedicating 50 percent of net profits to initiatives that support people with disabilities through their employment and giving initiatives. 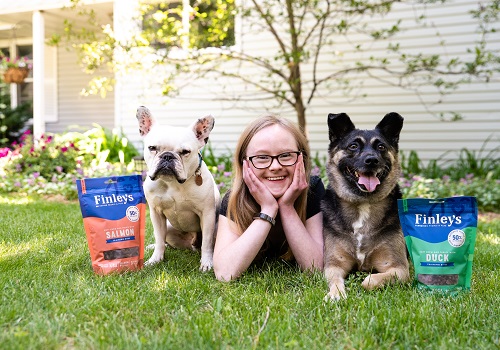 Finley’s is a “feel good, do good” dog treat company

Though they were still teaching full-time, inspired by their mission, Kyle and Angie signed a lease on a commercial kitchen and got to work. “We baked two nights a week and sold products online, at events, expos, and at markets in the Twin Cities,” recalls Angie of their humble beginnings.

Things were moving forward nicely but in April 2017 the business really took off thanks to Ashton Kutcher who shared a video about Finley’s to his social media platforms, calling it “a business anyone can get behind.” That led to a surge in interest by local retailers; the social entrepreneurs had to increase their hours of production to keep up.

In 2018 Finley’s decided to shift its business model to scale the production and, ultimately, better serve their mission through increased distribution. “Retailer demand grew in Minnesota as we built a loyal customer base that started requesting our products in grocery and pet stores in the area,” explained Angie. As word of mouth spread, more stores and customers outside Minnesota came calling.

Creating opportunities for people with disabilities

The Canadian Survey on Disability, meanwhile, found that persons with disabilities aged 25 to 64 years old were less likely to be employed (59 percent) than those without disabilities (80 percent). What’s more, people with disabilities have been disproportionately impacted by unemployment due to the pandemic.

The reality is not only troubling, it’s a missed opportunity, according to many social entrepreneurs. People with disabilities bring unique skills and capabilities to any organization. In other words, creating an inclusive policy that embraces hiring people with disabilities can not only help a group of under-employed carve a sustainable future, it can be good for business. Social enterprise at its finest.

For Montrealer Eve Rochman, social enterprise was something she jumped into after working 27 years in IT. “I was ready for a change,” she says, of a decision to go back to school in her mid-40s. Having always been attracted to the helping professions, Rochman decided to pursue a graduate diploma in management of health and social services.

Armed with a newly minted degree and a long-time passion for cooking, Rochman turned to her kids for inspiration before launching her social enterprise. They had been volunteering for the Friendship Circle, a Montreal-based organization offering activities for children with developmental disabilities. At an event, Rochman spoke with a mother whose daughter was transitioning out of the program. She shared the challenges that her child and other young adults face upon completing their education. They often become socially isolated and dejected when looking for work.

Planting a seed for tomorrow

“That planted a seed in my head,” Rochman says. So she wrote a business plan and applied for a grant from the Jewish Community Foundation. Much to Rochman’s surprise, the foundation said okay. “They called my bluff,” she laughs. “I thought, oh god, now I have to do something.” 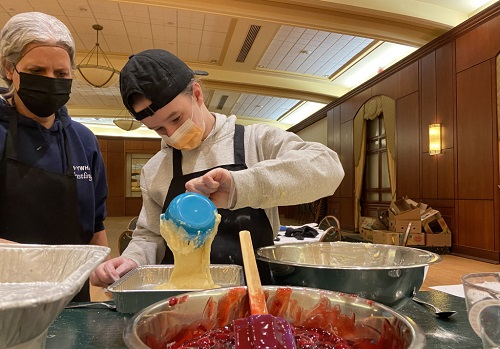 Zera Café is a not-for-profit social enterprise catering business that employs people with developmental disabilities. Translated as “seed” in Hebrew, Zera’s mission is to plant a seed and watch people with disabilities flourish and feel a sense of fulfillment from having a job, and being a valued employee and community member. (The café is also focused primarily on plant-based foods, which ties in nicely too).

Initially Rochman thought the business would be focused on catering events. She rented out a kitchen in a synagogue and booked three jobs. Things were looking good. Then COVID hit, the jobs were cancelled and, like many other entrepreneurs, Rochman was forced to pivot. But she didn’t have to deliberate long on how. Asked to help with an emergency COVID relief initiative to feed the vulnerable, Rochman was given a roster of volunteers and began prepping ready-to-eat meals. “We had no idea what we were doing but we cooked around two and a half thousand meals over seven weeks,” she says.

The very next week, the adopted the new model as their own and started operating as Zera Café with one employee and the original volunteers who stuck around to help out. Today she has six employees and various volunteers who are also serving as informal job coaches.

Though still a young business, Zera Café has been tested more during its first year than many social entrepreneurs are over the course of many. Rochman is taking those lessons and looking ahead. “If dreaming big, I would love to see the café have its own location and grow to be able to absorb more employees, and more importantly to be a model for other employers.” She is determined to show others how to do it and to see that inclusive hiring is not only as socially just but as good business. “Employing young adults with disabilities works out, works out well, and it may even work out better in some cases. We just need to get that message out.”

As for Finley’s, there is much to be proud of. “As two former teachers, we have had to prove our ability to be in the business world,” says Angie. Of course, the retail landscape is always evolving and they’re constantly met with hurdles that cause them to “fail fast” or pivot. COVID was one such challenge. “We have learned to never give up even when it gets tough. We have a greater purpose and a lot of work that still needs to be done.”

To be sure, since its launch a few years ago, Finley’s has been responsible for creating over 9,000 hours of paid work experience opportunities for 30 individuals with disabilities. The entrepreneurs have also contributed over $100,000 to advance employment and giving initiatives to those in need. Beyond providing jobs to the disability community, the two are most proud of their ability to bring awareness of inclusion to the pet industry. “We are seeing our manufacturing and retail partners hire people with disabilities across the country. Bringing light to inclusion is why we started this company.”

Elisa Birnbaum is the publisher & editor-in-chief of SEE Change Magazine – and the host of its podcast. She’s also the author of In the Business of Change: How social entrepreneurs are disrupting business as usual